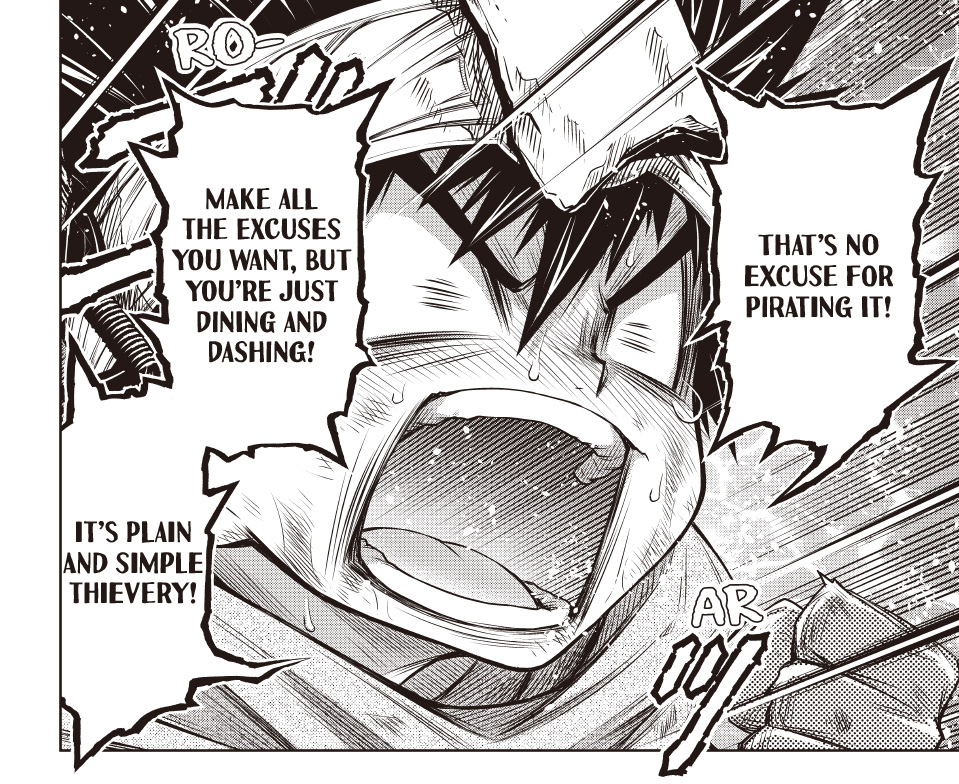 These short manga come at a time where the Japanese government is increasingly focused on the issue of piracy, particularly overseas. In 2018, access to the infamous manga piracy site Mangamura was restricted and its manager, a Phillipino national, was arrested along with two others. The “STOP! Kaizokuban” campaign was then launched later that year, with several prominent manga publishers coming together to raise awareness about the issue.

CODA, who run the campaign, shared four out of a planned sixteen “STOP! Kaizokuban” manga via their official website earlier today. They focus on various aspects of piracy and its effects. Akira Akatsuki’s manga, for example, depicts a fantasy hero who tries to rally all those he has saved, only to find out that numerous pirated “copies” have made it hard for people to tell who the real hero is. Toka Adachi’s manga, on the other hand, focuses on the importance of buying manga as a way to support creators, as it takes a huge amount of time and effort to put together a series.

These manga are also all available to read in English, so don’t hesitate to go check them out. More will also be released at a later date – including Tsurun Hatomune’s contribution, which will become available on June 26.

Whether or not this latest addition to the “STOP! Kaizokuban” campaign will work, however, is up for debate. Certainly, the addition of these popular artists will no doubt raise awareness of the issue, but there are still several barriers in place. For example, what about those people who simply can’t afford to buy manga? What about in the west, where there is still a large amount of manga that is not available through legal means?

Consumer-friendly services such as VIZ Media’s Shonen Jump are leading the way on that front, but as Gabe Newell once said, “Piracy is almost always a service problem.” All we can hope is that this campaign encourages those fans who do not yet support their favorite creators through legal means to do so where they can.

Clash of Class: What’s the Deal With Medaka Box and Medaka Box Abnormal?

Mitama Security Ending: How One Gag Ruined a Series

VIZ Media’s Free Shonen Jump: What You Should Be Reading