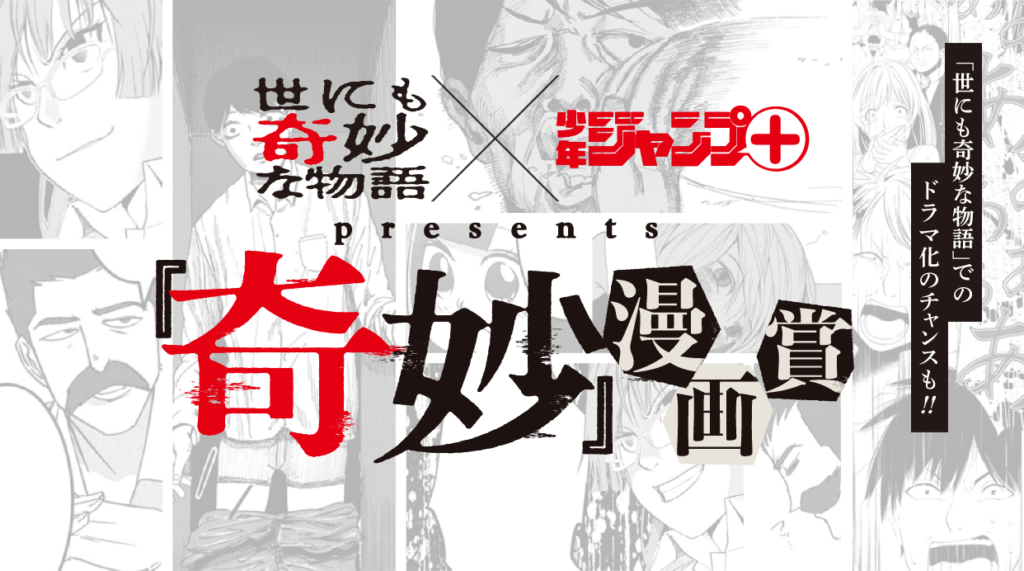 Online manga service Jump Plus is teaming up with the long-running TV drama Tales of the Unusual (Yo ni mo Kimyou na Monogatari) to conduct the ‘Strange Manga Award,’ offering the winner the chance of a live-action adaptation.

Announced on 26 April, the Strange Manga Award is accepting one-shot entries from now until 30 September. Rookie authors are obviously welcome to apply, but the competition also offers professional manga artists the unique chance of creating something specifically with the prospect of live-action adaptation in mind. Any genre that would fit the mould of Tales of the Unusual is fine, from horror to comedy to ‘stories that make you cry.’ 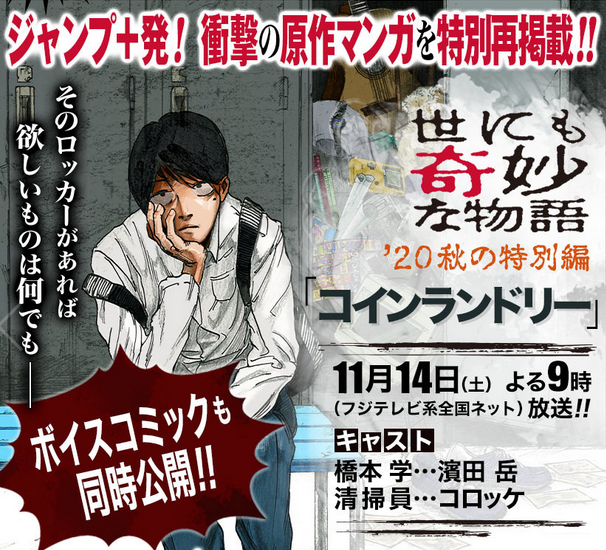 Originally broadcast as a regular series from 1990 to 1992 on Fuji TV, Tales of the Unusual still makes a return on occasion for one-off specials. It’s a beloved property in Japan that tells, well, unusual tales in an omnibus format. An obvious comparison in the English language would be The Twilight Zone.

The Strange Manga Award isn’t even the first time that Tales of the Unusual and Jump Plus have teamed up. Yuuto Suzuki and Hattori Chomolungma both had some of their one-shots adapted as part of the programme, with the adaptation of Locker Room under the title Coin Laundry arguably playing a large point in launching Suzuki’s career before starting Sakamoto Days in the pages of Weekly Shonen Jump. As a result, it’s a golden opportunity for anyone who wishes to apply.

The winner of the Strange Manga Award will receive one million yen in prize money, a drama adaptation on Tales of the Unusual, as well as have their one-shot published on Jump Plus. The runner-up will also be considered for a live-action adaptation, although it’s not guaranteed.

For more information, please check out the official website.