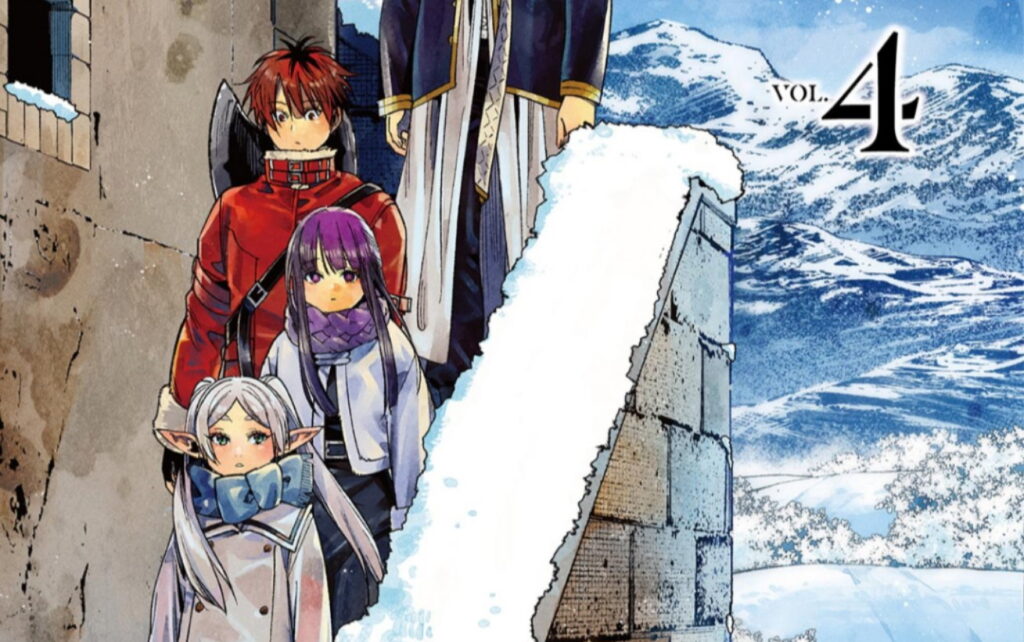 The latest volume of Kanehito Yamada and Tsukasa Abe’s Sousou no Frieren (published in English as Frieren: Beyond Journey’s End) has generated enough sales to land the series in the top three for the first time, according to Oricon. Undoubtedly, this is due to publicity gained after winning the prestigious Manga Taisho prize by quite a large margin, showing that the series is growing in popularity.

Released on 17 March, volume four of Sousou no Frieren sold 115,912 copies in a single week, coming in at number three on Oricon’s sales chart in the period from 17 to 25 March. Taking the top spot was volume 15 of Gege Akutami’s Jujutsu Kaisen, which has remained in place for several weeks. It sold 156,971 copies. Second place went to volume 25 of Satoru Noda’s Golden Kamuy, selling 116,341 copies. There were only about 400 copies between it and Sousou no Frieren, however. 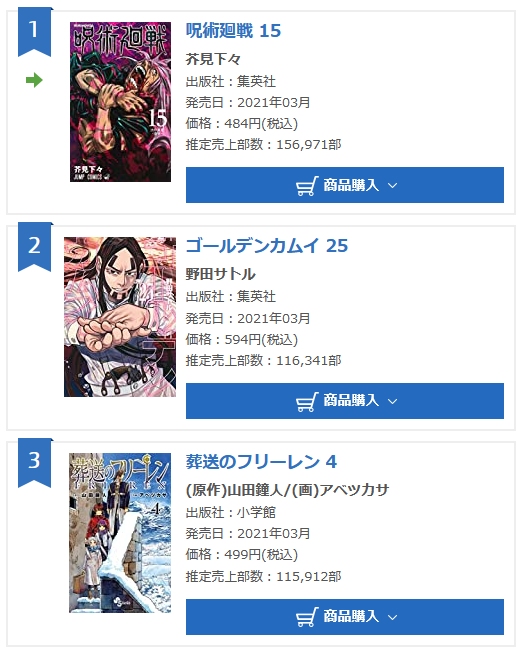 It’s not just the latest volume of Sousou no Frieren that is appearing on the sales chart: past volumes are also making their way back in, showing that people are purchasing the back catalog. The first volume, for example, came in at number 13, selling 50,021 units. Volume two also sold 42,866 units to take up number 27. Volume three, meanwhile, sold 39,566 units to occupy number 29, meaning that all the series’ currently released volumes are in the top 30.

This means that Sousou no Frieren sold close to 250,000 copies last week alone, adding to a sales figure already boosted by positive critical reception and several high-profile collaborations. If you haven’t had a chance to check the series out yet, then consider doing so when it releases in English this Fall.

Otherwise, it can be read in Japanese via Sunday Web Every.