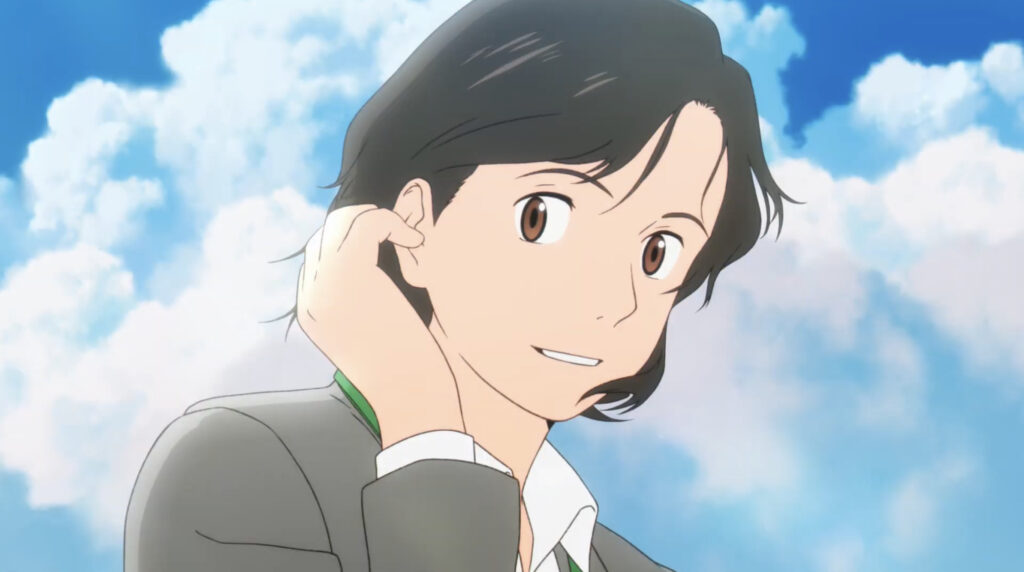 While Studio Chizu have been relatively silent since the release of the Oscar-nominated Mirai in cinemas back in 2018, that all looks set to change. The studio headed by Mamoru Hosoda which has animated each of the last three films the director has created (Wolf Children, Boy and the Beast and Mirai) is about to celebrate its 10th anniversary in 2021, while Hosoda himself has noted that storyboarding work on his latest film is almost complete. In the meantime, however, the company has joined forces with Meiji Yasuda Life Insurance to create an original anime commercial celebrating both Studio Chizu and Mamoru Hosoda’s work, while promoting the company’s services.

The commercial seeks to celebrate the joy and hardworking spirit of people through the tag line of ‘I’ll do my best with my kindness’ by rooting it on the character of the commercial’s loss of direction in life. She sees that everyone finds it easy to say the right things and do what’s best for others, but it’s not an easy thing to do at all. While finding that internal strength to do that is hard, the main character of the commercial, Aki, takes heart in Hosoda’s previous work from The Girl Who Leapt Through Time all the way through to his most recent works, and resolves to do her best with her kindness.

Interspersed between classic clips from Studio Chizu and Mamoru Hosoda’s films is original animation featuring Aki, an employee for Meiji Yasuda Life Insurance designed by Hiroyuki Aoyama, with the commercial itself being directed by Hiroyasu Aoki, known for their work on Hero Mask. The commercial works in that it captures the themes of friendship and family, whether birth family or found family, that runs throughout Studio Chizu and Mamoru Hosoda’s library of work, while celebrating a form of helping others that the company wants to be associated with.

Following the company’s collaboration to celebrate the 10th anniversary of Summer Wars last year, you can find both commercials over at their special collaborative website.