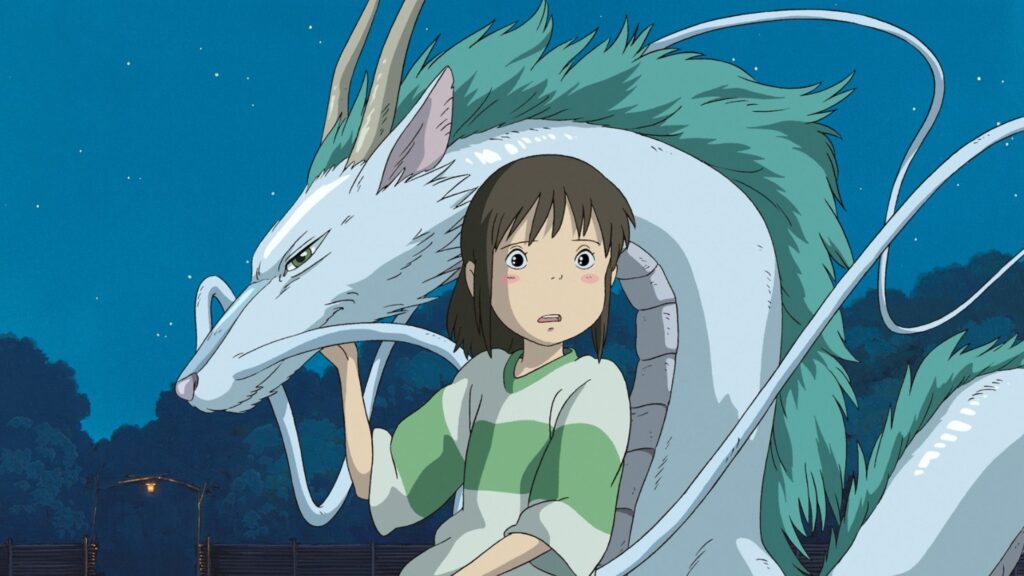 A studio that produces world-renowned animated feature-length films that are considered to be among the finest animated works ever created. No, It isn’t the one with the mouse. Studio Ghibli (romanized Ji-bu-ri, if there was any confusion on how to pronounce its name) is an animation studio based out of Koganei, a city located in western Tokyo, Japan.

Since they were founded in 1985, they have produced over 40 films and short films, amongst dozens of other works of various types such as commercials. They have been responsible for Video Games as well, one of the most notable being Ni no Kuni, which carried the signature art style found in most Ghibli films for the first time in a video game.

Studio Ghibli was founded following the success of Nausicaä of the Valley of the Wind, a 1984 film adaptation of a manga of the same name directed by Hayao Miyazaki, who is the most recognizable name associated with Ghibli, as well as one of the most accomplished film directors in Japan as a result of his many animated works.

Miyazaki formed Ghibli with Toshio Suzuki, a producer and long time colleague of Miyazaki, Isao Takahata, a director and producer who often collaborated with Miyazaki, and Yasuyoshi Tokuma, the founder of Tokuma Shoten, a publishing company associated with Ghibli following its establishment.

If Studio Ghibli is Disney, then Miyazaki is essentially comparable with Walt Disney himself. Over the course of his career, he has received dozens of awards and accolades, including an Academy Award for Best Animated Feature for Spirited Away during the 2003 Oscars. He has been an inspirational figure to directors all over the world, and a cultural asset to Japan as a whole.

What are Some of Studio Ghibli’s Most Well-Known Characters and Films?

Certainly, the character most synonymous with the Ghibli name is Totoro, a large, furry creature associated with the 1988 Studio Ghibli film, My Neighbor Totoro. Totoro has since become the mascot for Studio Ghibli, seen positioned to the left of the company name in the official logo.

My Neighbor Totoro was released overseas on two separate occasions, the first being in 1989 under Streamline Pictures for the purpose of in-flight entertainment, which saw a theatrical release in 1993, a video release in 1994, and a DVD release in 2002.

This version of the dub was said to have been produced under strict guidance from Miyazaki himself, who had been less than pleased with the company’s previous efforts to dub Nausicaä of the Valley of the Wind which resulted in unsatisfactory edits to the film.

After the rights to the dub expired in 2004, Walt Disney Home Entertainment secured the rights to produce a new dub, featuring more prominent actors as voice over artists.

Grave of the Fireflies is another early Studio Ghibli film from 1998, written and directed by Isao Takahata, that has a strong reputation as a masterpiece that predates Studio Ghibli’s widespread rise to fame. Grave of the Fireflies tells the story of hardships suffered by a young boy and his little sister who are living in Japan as World War II rages on and changes the lives of its citizens for the worse.

The source material and inspiration for the film dates back to an autobiographical story of the same name written in 1967 by Akiyuki Nosaka, who lived through hardships similar to those portrayed in the film following the closeout of War World II. Reception of the film amongst both anime fans and western film critics has always been strongly positive.

As Anime became more popular around the turn of the century, a wider audience became exposed to Studio Ghibli’s films. Nearly every Studio Ghibli feature-length film coming from the ’90s and beyond has received overwhelmingly positive critical acclaim.

However, 1997’s Princess Mononoke, 2001’s Spirited Away, and 2008’s Ponyo are three such films that did exceptionally well worldwide and helped to familiarize Ghibli’s name amongst the masses.

Spirited Away, in particular, is often regarded as Ghibli’s greatest masterpiece with regards to their representation in world cinema.

How Can I Experience Studio Ghibli Myself?

Studio Ghibli has a culture of its own within Japan, being featured by many places of interest, such as restaurants, cafes, retail outlets, and even a museum. The Ghibli Museum has been around for nearly 20 years, first opening its doors back in 2001.

Operating out of Mitaka, a western Tokyo city, the Ghibli Museum was designed by Miyazaki himself, and features exclusive short films and seasonal exhibits, in addition to its normal showing of Ghibli-relevant historical pieces.

The popularity of the museum as a tourist attraction for locals as well as foreigners is consistent enough that visitors wishing to see its sights must purchase their tickets in advance for a later date through an agency. The tickets go on sale on the 10th day of every month and are relatively cheap (about $9 for adults and cheaper for children).

GKIDS, an American film distributor founded in 2008 by Eric Beckman has been instrumental in recent years to the distribution of Studio Ghibli related films. GKIDS secured the North American theatrical rights to Studio Ghibli’s films, and in 2013 secured the rights to distribute other media for most of Ghibli’s catalog. Through The Studio Ghibli Collection website, all of the Ghibli films they own the rights to have been made available for digital purchase for the first time ever.

In addition, GKIDS (in collaboration with Fathom Events) holds a yearly festival dubbed Ghibli Fest, that focuses on showing theatrical releases of a different set of Studio Ghibli’s movies each year.

Ghibli Fest was started in 2017 and sets aside a schedule for the distribution of various Ghibli films to various movie theaters across North America on set dates over the course of the year. The Wind Rises, for example, is set to play in select theaters sometime in June as part of Ghibli Fest 2020.

Studio Ghibli has been largely inactive in the latter portion of the 2010s, as its key players have retired and or passed away. However, with the timeless appeal of their films and their significant contributions to animation as well as world cinema as a whole, Studio Ghibli’s overall popularity will only continue to grow as more people around the world are exposed to their nearly flawless track record that has produced nothing short of masterpieces.