The wonderfully talented josei manga artist Moyoco Anno has a new gig: providing the front covers for Studio Ghibli’s monthly magazine, Neppu, over the next year.

While Moyoco Anno is perhaps best known outside of Japan for being the wife of one Hideaki, she also has a storied career of her own. As Cimi covered in their latest Know the Creators column, she’s a shining light of the josei tradition and has crafted many masterpieces in her decades-long career. These include Sakuran, In Clothes Called Fat, and Hataraki Man.

To see Neppu tap Moyoco Anno for the next year of front covers is a pretty big deal, and it also solidifies their past relationship: in 2012, Anno drew a short manga for the magazine to commemorate the release of Evangelion 3.0: You Can (Not) Redo. This was a version of her essay manga Kantoku Fuyuki Todoki (Insufficient Direction), which focuses on her married life with Hideaki. Perhaps this was the reason why she came back. 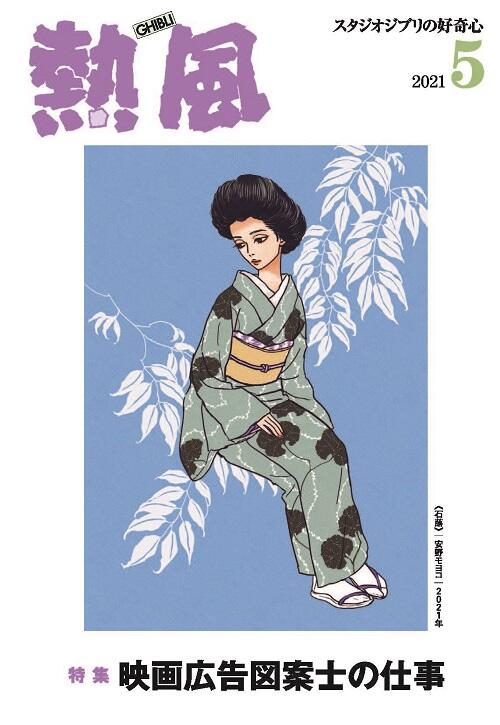 The first issue of Neppu with a front cover by Moyoco Anno is out now, showing that her style is a perfect fit for the magazine. This month’s issue features articles on the art of movie promotion, the postwar period of Japanese history, and even a Sherlock Holmes short story, so the line-up is quite varied. Although it initially began in 2004 as a way for Ghibli to disseminate information about its upcoming projects, the magazine’s scope has since expanded.

Curiously, Neppu has also been the instigator of many online controversies, particularly because Ghibli co-founder Hayao Miyazaki isn’t shy about sharing his political views. In 2013, he talked about the comfort women issue, saying: ‘because it’s a question of each nation’s pride, a proper apology should be given and suitable reparations should be paid.’ Another issue from 2012 was dedicated to recent demonstrations, with the anti-nuclear protests stemming from the Fukushima disaster being front and center.

Moyoco Anno will grace the front cover of Neppu from now until May 2022. You can read parts of the magazine online.