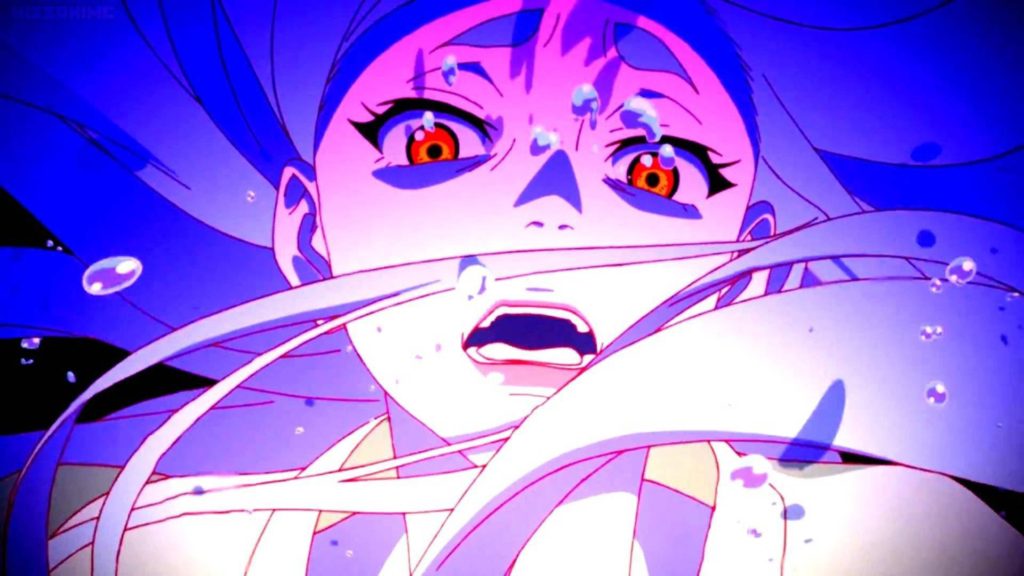 If you were not aware that acclaimed Studio Khara even had a new anime made for TV broadcast, then you are definitely owed a bit of understanding. After all, it’s not comprised of the usual 12 episodes that we are used to – it was conceived as a 2-part special for broadcast on Japan’s NHK network. You may be familiar with director Hideaki Anno’s Japan Animator Expo project however, and that is the genesis of what is now a full-length production of The Dragon Dentist.

When the Japan Animator Expo project debuted in early 2014 with the aim of highlighting new directorial talent, it brought with it a short, 8 minute piece from Kazuya Tsurumaki entitled The Dragon Dentist. It told the story of a country with a humongous dragon serving as a protective deity. Nonoko, a girl having just been appointed the dragon’s official dentist, discovers a boy-soldier named Bell inside the dragon’s mouth. He had been resurrected there, and that is an omen of many perils to come.

It was a smash-hit, and it’s clear why it warranted a more fleshed-out sequel. Hideaki Anno served in the executive producer and sound director roles, while Kazuya Tsurumaki returned to reprise his role as director. With the full-force of Studo Khara at their backs, this work was easily propelled into award-winning territory. At this year’s Shanghai International Film and TV Festival, The Dragon Dentist beat out other contenders like Chi’s Sweet Adventure and ACCA: 13-Territory Inspection Dept. for the coveted Magnolia Award for Best Animation. The official Twitter account for the Japan Animator Expo even came in to relish the win.

Amazingly, NHK even went as far as to dub the show in English for overseas audiences for the official broadcast. Unfortunately, it hasn’t been archived, but Sentai Filmworks is releasing an official Blu-ray copy of the anime in America. You can check out the absolutely gorgeous trailer below:

Below, you’ll find the official synopsis of The Dragon Dentist provided by Sentai Filmworks:

Going into war against a dragon takes incredible courage, but even that danger pales in comparison to the hazards of young Nonoko’s job. As a Dragon Dentist, she’s charged with venturing into the jaws of the country’s dragon protector to keep its pearly canines free of plaque, decay, and other debris. One day, Nonoko discovers an unconscious soldier between her dragon’s teeth instead of a cavity, and she finds herself caught up in a series of events that have been foretold to bring disaster to her people! Get ready for an incredible brush with destiny that leads two young people through the mouth of hell and towards certain doom as the creators of the new Evangelion feature films unleash an epic unlike anything you’ve seen before in The Dragon Dentist!

If all that is sounding great, then I would definitely consider picking up your very own copy of the show directly from Sentai Filmworks here.