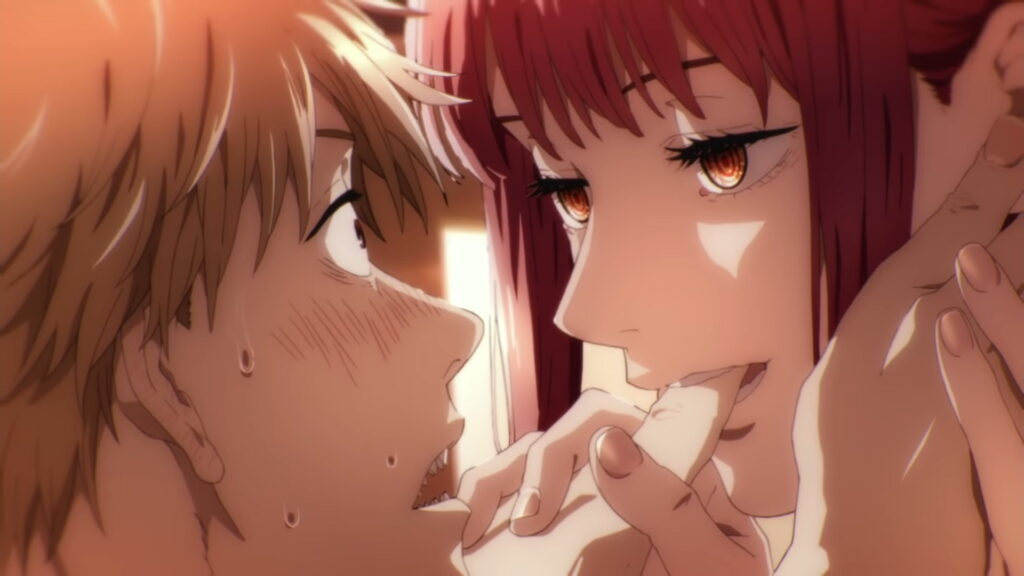 By now, you’ve all seen the trailer for the upcoming Chainsaw Man anime.

Unveiled during the Studio MAPPA tenth anniversary event, it looks really good, delivering on the months of anticipation that has been building ever since the announcement was first made more than half a year ago. Nevertheless, it is worth pointing out that this trailer is probably not an accurate reflection of what the Chainsaw Man anime will actually look like.

This is because, in all likelihood, it’s preanimated. There’s no confirmation of this via the official sources, but it can be inferred from the kind of footage featured: if the shots were taken from the actual production, for example, then the scene featuring Aki, Denji, and Power eating at the dinner table should not have even been animated yet. Unless the production is several episodes and even seasons ahead!

What’s more, some of the sequences in this first Chainsaw Man trailer are entirely new, such as Kobeni playing in the ocean with Power and Denji. Undoubtedly, they are meant to serve as winks to the manga-reading audience.

Indeed, this wouldn’t be the first time that Studio MAPPA has put together a preanimated trailer to show off a highly anticipated project. Our first look at Attack on Titan: The Final Season was also composed almost entirely of footage created for promotional purposes, even featuring scenes that wouldn’t make it into the finished product because of the number of episodes. The argument is that a preanimated trailer sets a standard for the production team to aim for, but there are several problems with this.

First of all, Attack on Titan: The Final Season ultimately did not end up looking like the initial reveal. Not only were the Titans mostly animated in 3D, the direction took on a more stilted dimension as the adaptation went on. And we now know just how overburdened and overworked MAPPA animators are, with freelancer Mushiyo likening the studio’s work conditions to that of a ‘factory.’

As a result, whether the Chainsaw Man anime can actually live up to the lofty standards set by this trailer remains to be seen. The lack of a concrete release date, at least, implies that the production team are planning to take as much as they need to get things right. I want to believe, but a preanimated sizzle reel isn’t enough to overcome my anxieties just yet.