Studio Orange: From Ghost in the Shell: SAC to Land of the Lustrous and Beastars

It’d be fair to say that the use of 3D within anime generally isn’t looked upon favorably by significant portions of fandom. When a new series is announced, there appears to be some sort of apprehension as to whether the show will be produced mainly in 3D or not. To some extent, this apprehension has weight. There’s been enough 3D production disasters for fans to assume that every series could potentially end up with the same issues.

Of course, not every 3D series will end up having these disasters. And just two years ago in 2017, it seemed like this conversation had changed somewhat. What was once “All 3D anime are bad”, became “Some 3D anime can be good. Look at Land of the Lustrous”. Land of the Lustrous, released in 2017, was the first series with 3D studio Orange as the main animation producer, and for many anime fans, it was proof that 3D series could capture the same appeal as 2D animation.

The series uses 3D animation to its advantage without detracting from its appeal as an anime, with clever light reflections from the characters’ mineral hair and action scenes where the camera can move freely. The series also employed 2D animators to either draw the original guide animation that the 3D animators would then use as a reference or correct the facial expressions after the first draft.

So with the announcement that Toho and Orange are working together on yet another manga adaptation, Beastars, I thought it was worth running down the history of Orange and what we can expect from them in the future. 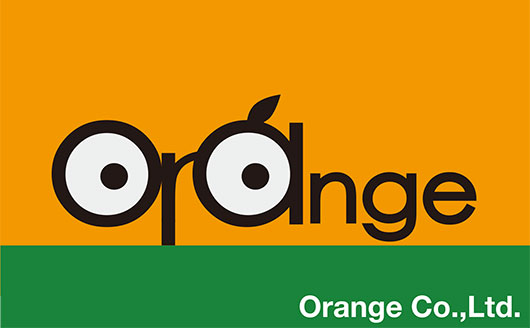 Orange president Eiji Inomoto actually started out as a manga artist himself. Back in high school, he won a prize at Shogakukan’s awards for newcomer manga artists. After college and a brief time at an electronics retailer, Inomoto decided to move to Tokyo and start working as a manga assistant, assisting other artists with their work. But ultimately, he found the work unfulfilling and decided to go into illustration instead. It was here that he was introduced to the works of Davakan, an illustrator famous for his use of 3D software to develop unique types of images. Inomoto was entranced and ended up spending thousands of dollars on software to create his own 3D illustrations.

His skills eventually got him a place working in the anime and tokusatsu industries creating 3D effects. One of the main series he was involved in was Zoids: Chaotic Century in 1999. At the time, the 3D companies involved were all producing animation at 30 or 24 frames per second, but Inomoto found that it looked unnatural in animation. So he just went ahead and dropped the animation to 12fps, a framerate which ultimately fit better. It’s now standard to reduce the framerate in some way for 3D in anime, so Inomoto was definitely ahead of the curve with this risky decision.

Years later, Inomoto was recruited for Production IG’s Ghost in the Shell: Stand Alone Complex as a part of a group of talented 3D animators called the “Tachikoma 3D Animation Unit”. Here, Eiji Inomoto was teamed up with two animators from the Ridge Racer series and asked to animate all Tachikoma scenes. Their work still holds up today. 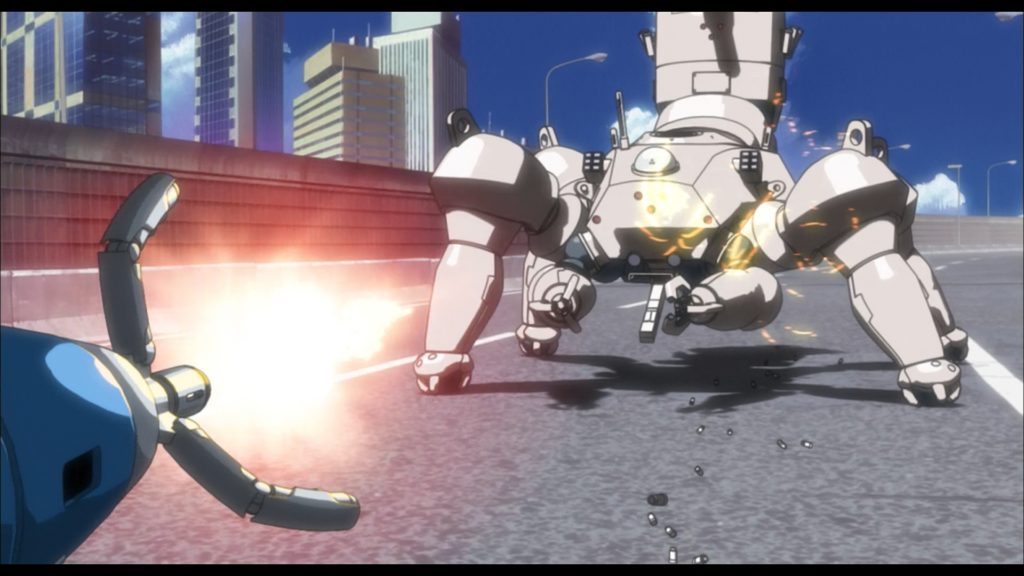 However, during all this time, Inomoto was working freelance. So when he was asked to be one of the core 3D animation directors on Shoji Kawamori’s new series, Aquarion, he decided to set up the studio Orange out of his own home with a few fellow 3D animators. The studio stayed small for several years until they started being given full 3D responsibilities on certain shows and films like Fafner: Heaven and Earth and Trigun: Badlands Rumble in 2010. These works eventually led to the studio being regarded as one of the go-to people to create impressive mecha action in 3D and had the team work in animation production for all 3D parts of Toho Animation’s debut series Majestic Prince.

Majestic Prince’s action is still absolutely stunning today and it defined that property more than anything else. In fact, even though the 2D studio Doga Kobo was replaced by Seven Arcs Pictures for the Majestic Prince film releases, Orange stayed on and was arguably the most important team for the success of that property. Thanks to this growing reputation, they were also asked to create 3D for the Code Geass: Akito the Exiled films. Inomoto later reflected that these films was a key point in changing the perception of 3D and found that more fans had begun to accept its use. Personally, I think Akito the Exiled features some of the best 3D mecha action in any anime.

It’s worth mentioning that Eiji Inomoto didn’t step back from 3D animation when he became a company president. For the vast majority of Orange works, he serves as 3D director and continues to do 3D animation whenever he has time. In fact, he’s been so hands-on, that he got to the point where he realized he wasn’t giving anyone else at his studio the chance, and so he’s stepped back into a CG production role or even takes on the role of Chief CG Director to supervise and assist the main CG Directors. This was the case for Land of the Lustrous, the first ever show with Orange as the sole animation production company. 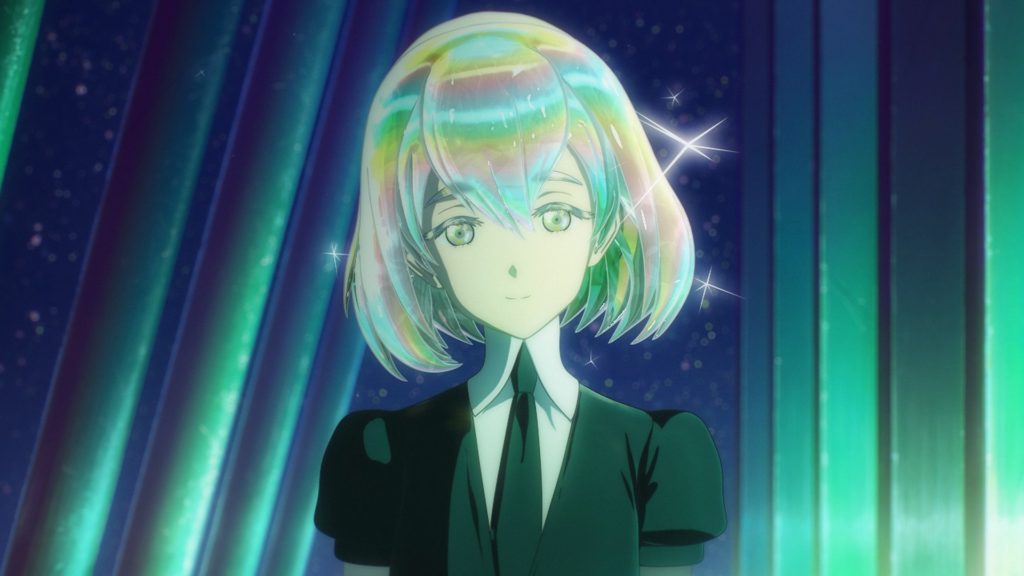 If you ask Inomoto today, Land of the Lustrous is Orange’s first true show. It was funded by Toho Animation, who’d been working with the studio through all of Majestic Prince’s releases and the company helped Orange double the size of the studio. This meant that for future productions they could have people working on helping other shows with their 3D whilst developing their own original shows with the help of companies like Toho Animation. This was also Orange’s first step in demonstrating themselves as more than just a mecha animation company. Orange won the CGWorld Magazine award for Best CG in an Animation and Best CGI at the Crunchyroll Anime Awards in 2017 for their work on Land of the Lustrous.

This also prompted the studio to try out some new shows as the sole anime producer, developing their second work, Monster Strike the Movie: Sora no Konata. This time, Orange took over from other 3D companies in creating the next entry into the popular mobile game adaptation. And now, the studio is set to take on its third work, Beastars, an adaptation of a manga about a society of anthropomorphic animals. Only one trailer has been released thus far, but it’s exactly what you’d expect from the studio. A work that is able to replicate the appeal of 2D animation whilst keeping all of the advantages that come with working in 3D.

Thanks to the consistent level of quality in Orange works, we can expect a lot more collaborations between them and Toho Animation. It says a lot that even the artist of Beastars, who is known for their very unique 2D style and designs was willing to let a 3D studio adapt their work. Orange is yet another example that the problem with 3D anime isn’t the medium of 3D but the circumstances surrounding them. Production companies need to support 3D artists and allow them the chance to experiment with new ideas and styles rather than rushing them into creating something that nobody can be proud of. Orange has had this support, but many other teams are still struggling to get by. Be sure to check out our features month on BEASTARS as well for exclusive interviews from series creator Paru Itagaki, the team from Studio Orange behind the anime, and more!