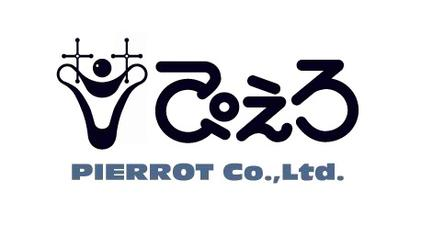 The animation industry is one where dreams come true.

It’s an ever-changing industry of innovation that brings beloved characters and stories to life on an annual basis. Of course, as is the case with any job, animation isn’t all fun and games.

While I’m hard-pressed to say whether or not there exist easy forms of art, animation is a particularly precarious business. In making content for film, television, or video games, animators must find reasonable technical and visual “shortcuts” through which to deliver stories by deadlines.

You hardly see gorgeous hand-drawn 2D animation like that of classic Disney movies or styles resembling said 2D in the U.S. anymore. If anything, movies and television shows that do look the part these days are exceptions, not the rule.

And why would that be? Simple. 3D animation is easier to accomplish, sustainable.

On the other hand, Japan’s anime industry continues to retain its manga-inspired charm despite the capitalist cards stacked against it.

Though even then, not every anime studio has what I would call a pristine image…

I admit I was unfamiliar with several of the studios that produced my favorite series until getting well into my research for this piece.

While I’m unfamiliar with the following, Studio Pierrot has The Wonderful Adventures of Nils, Urusei Yatsura, Mysterious Cities of Gold, Creamy Mami, Kimagure Orange Road, Great Teacher Onizuka, and Osomatsu-san (and its spin-offs) to their name too.

Now, I know no anime is perfect, but I don’t usually associate the failings of an anime series I’m watching with animation quality. There just aren’t that many new releases that look bad if not done on purpose for the sake of the story being told.

I saw Tokyo Ghoul’s cluttered, lackluster second season, Root A, the season that turned me off from the show for good, as a failure in writing rather than anything having to do with Studio Pierrot itself.

This is why I was surprised once more by the number of “keyframe memes” and vitriol aimed at the studio while browsing forums.

To these anime fans and critics alike, Studio Pierrot’s namesake being based on that of a clown makes a little too much sense for its current rep. 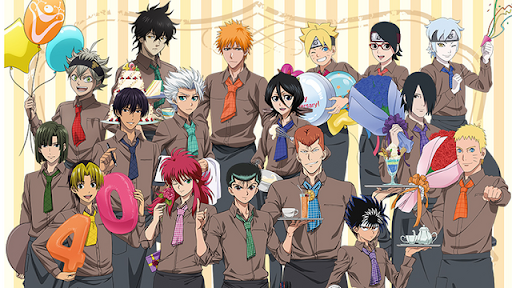 What Happened With Bleach and Naruto?

To be fair, every studio goes through its share of ups and downs.

As stated before, the art of animation relies on a never-ending balance between quality and time with the former often being constrained by the latter. It isn’t uncommon to spot blur lines, disproportionate designs, or the occasional stray keyframe that just feels “off” should a product be rushed.

Or, should viewers be deliberately looking for these mistakes?

I’ve chosen to discuss Bleach and Naruto in greater detail as the two are undisputedly considered classic anime, classic shounen, Studio Pierrot’s “golden geese” if you will. They’ve both had quite the runs, Bleach having aired over a course of eight years while Naruto has a whopping fifteen under its belt.

No shounen worth its genre salt is complete without fast-paced, stylized, yet somehow long, taunt-ridden fight scenes between our heroes and various tiers of villains.

Not only did Bleach and Naruto have to live up to the reputations set by their respective manga, but they had to translate several iconic scenes from paper to screen.

Which is no easy task even for the most seasoned of artists.

Then, there’s the issue of running out of source material.

To “read” a fight scene in a manga is to allow your mind to fill the gaps between panels. This is a far different experience from watching one in color, with movement. This “filler” falls into the hands of a studio to deal with as they see fit.

More often than not, such a task turns into making literal “filler,” episodes meant to buy time for the source material to catch up to the show or provide opportunities for a bit of fanservice, side stories, etc. via movies and specials.

To summarize, long-running shounen has a tendency to need extra TLC by a studio so as to capture the drama and energy of their predecessors. TLC that isn’t possible 24/7.

I have no doubt Studio Pierrot probably made genuine mistakes on their own time in the past (as well as the present if recent criticism of Black Clover and Boruto on the internet are anything to go by). However, I think it’s important to weigh “bad animation” against potential constraints suffered by the studio’s members.

Why The Hate Train?

Our era of the internet feels particularly discourse-heavy as of late.

It takes but a single trip to YouTube to realize it’s “cool” to criticize and deconstruct. It’s hip to hate, especially when controversial and/or popular media is involved.

While critique is encouraged for the sake of addressing legitimate problems within any industry and keeping innovation alive, joining a “hate train” is helpful to no one.

With that said, I think high profile titles like those produced by Studio Pierrot make for easy targets regardless of the factors truly accountable for shows not looking their best.

It’s easy to bypass the good in favor of the bad or the “it’s so bad, it’s good.” It’s easy to forget that Studio Pierrot was responsible for the Animage Anime Grand Prix-winning anime series Yu Yu Hakusho (1992-1994) and Saiyuki (2000-2001) while browsing “Boruto’s Dad” memes.

Like the art of animation itself, we as viewers should be mindful and try our best to strike a balance in appreciating and discussing stories with a critical eye.