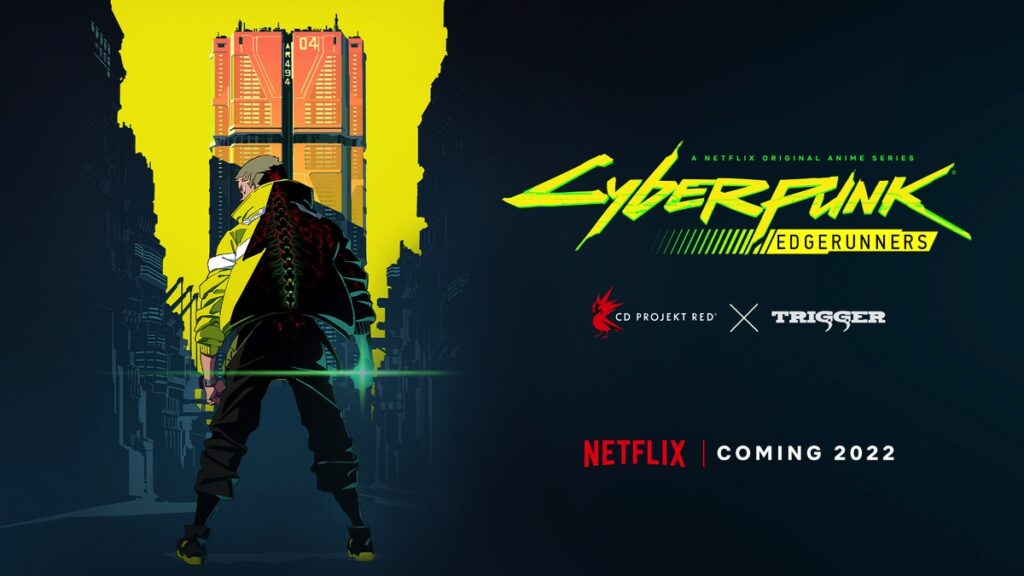 Cyberpunk 2077 is, without a doubt, one of the most anticipated upcoming releases of 2020. Despite recently being delayed into November of this year having initially been scheduled for an April and then September release. Still, between the reputation CD Projekt Red gained through the release of The Witcher 3 and the visual appeal of the cyberpunk genre for many, it’s no wonder many are looking forward to it. If you’re not much of a fan of gaming, or are just someone who also likes anime (which, if you’re reading this article, why wouldn’t you be?), it might be interesting to know that Studio Trigger are working on a tie-in anime production for Netflix known as Cyberpunk: Edgerunners.

This standalone 10-episode tale uses new characters who live within Night City where the game is set as we follow a street kid trying to survive in a technology and body modification-obsessed city of the future. To do so, he chooses to become an edge runner, a mercenary also known as a cyberpunk.

What’s perhaps most exciting about Cyberpunk: Edgerunners is the fact that the studio’s A-list team are coming in to work on the production. You have Hiroyuki Imaishi, fresh off his work on Promare, acting as series director, with Masahiko Otsuka acting as assistant director. Creative director for the series is Hiromi Wakabayashi, character designs are being handled by Yoh Yoshinari (who directed the company’s recent BNA: Brand New Animal anime) alongside Yuto Kaneko, while the screenplay is being handled by Yoshiki Usa and Masahiko Otsuka. To top it all off, Akira Yamaoka of Silent Hill series fame is coming in to work on the music.

The decision to create an anime based on the title makes sense for everyone involved. As anime continues to grow in popularity around the world and Studio Trigger stands as one of the most recognizable names in the industry, while also considering the games references to cyberpunk anime like Ghost in the Shell, the series feels right at home here. Plus, while The Witcher has been a phenomenal success around the world, its popularity in Japan has been more muted, and a large push has been made to ensure Cyberpunk 2077 is a major hit in Japan. The game’s large booth at Tokyo Game Show 2019 was a statement of intent, and this follows up on that statement.

The biggest names currently working at Studio Trigger have all come together for this project. Although much about the series remains under wraps, we do at least know that Cyberpunk: Edgerunners will premiere as a Netflix Original anime project in 2022.