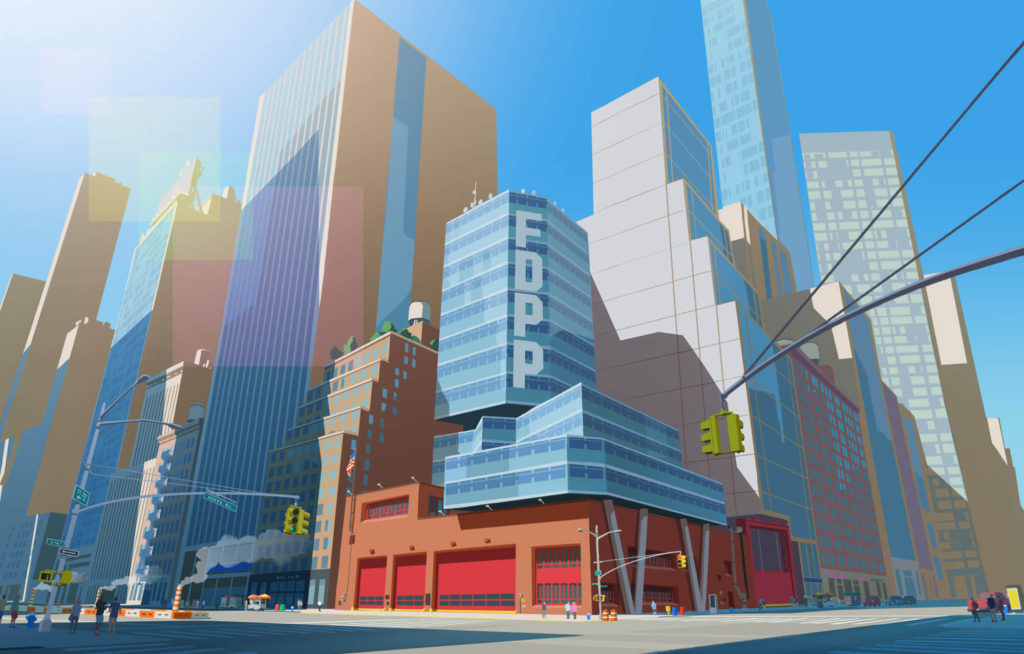 On December 17 Studio TRIGGER released the official synopsis for their upcoming 2019 feature film Promare. For those of you not in the loop, the movie will be the first big-screen collaboration between director Hiroyuki Imaishi and Kazuki Nakashima, the legendary duo behind Tengen Toppa Gurren Lagann and Kill la Kill.

In a recent announcement made via Promare’s official Twitter account, the account will be sharing daily updates on the upcoming film for an undisclosed period of time. Kickstarting these daily announcements, the account has revealed a brief synopsis for the film, which can be read below:

“The world is up in flames!! The unprecedented disaster is caused by BURNISH, a group of mutants who are able to control flames. But, fear not! GALO and the Burning Rescue Fire Department is ready to extinguish their wrong-doings!”

“A rescue task force compiled specifically to suppress damage caused by the BURNISH. GALO, a fire fighter with “balls to the wall” as his motto joins the task force with a MATOI in his hand.”

This synopsis was accompanied with a by a rather eye-catching visual, depicting what we can only be the “unprecedented disaster” mentioned in the synopsis. The vividly purple flames in the background, contrasting with the night time city, really help bring out the otherworldliness of the mutant Burnish. After all, from what we witnessed in the trailer in October the assumed main villain does look like he’s wearing an almost insect-like suit of armor. The following daily info release gave us a little more insight into the “Burning Rescue Fire Department” base we saw in the trailer as well. Compared to what else we’ve seen so far, this may be the first time we have seen an even remotely peaceful shot of the movie. The lighting is very warm and the color contrast is a lot less harsh. The camera is positioned facing up, from what is likely a point-of-view shot from someone standing across the street. That being said, the mildly invasive lens flair is there to remind us that things will still be getting hot. It will be interesting to see where these information reveals take us. While it looks like they may just be covering settings for now, it would be nice if we get a closer look at some of the characters, especially considering that Galo was the only one with any respectable screen time in the trailer. Perhaps this is all leading to something bigger like a fixed release date. Here’s hoping that Promare will be able to carve out its own identity instead of relying on Gurren Lagann and Kill la Kill so heavily for its promotional material, too. Until then, all we can do is keep a close eye on the Promare twitter as well as the official website.