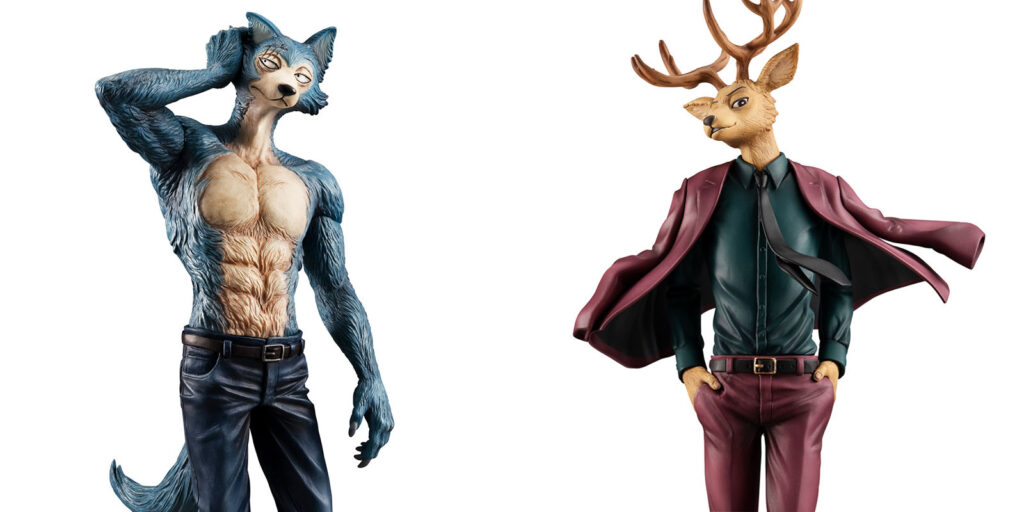 I don’t think there are many manga and anime series that hit on the same level as Paru Itagaki’s BEASTARS series. There have been several figures based on the series, but I think these two that were announced today by Amiami might take the top prize, because they are mind-blowingly beautiful.

The two figures are officially called ‘The Grey Wolf Legoshi’ and ‘Louis of the Shishi Gumi’. They are 1/8 scale in size and feature details of the characters that I have never seen on a figure for BEASTARS before. It’s truly mind-blowing. The figure of Legoshi has him topless, showing off his perfectly sculpted body, where the figure of Louis has him wearing a slender shirt, with his coat draped over his shoulders.

The BEASTARS figures are available exclusively through Amiami and will run ¥10,450, which is a really fair price for design this good. Amiami also ships internationally, so if you’re looking to pick them up for yourself, you’ll have no issue. The figures are scheduled to ship sometime in the beginning of September for the Legoshi figure and the beginning of October for the Louis figure. So what are you waiting for; pre-orders are currently available for both figures!