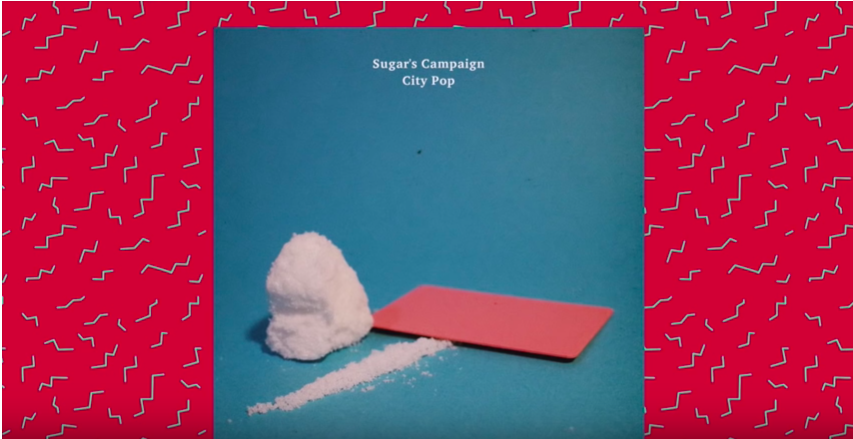 “City Pop” doesn’t actually sound like city pop. It’s a clever move by the duo Sugar’s Campaign, which has been electronic producers Seiho and Avec Avec long-running pop project. City pop is booming right now both domestically and internationally — Tyler, The Creator is sampling Tatsuro Yamashita, for goodness sakes — so optimizing those search engines by naming a song “City Pop” can’t hurt. Plus, Sugar’s Campaign has long used the sound of 1970s and ‘80s Japanese pop as a foundation, with a few modern flourishes worked in.

In this case, though, the reference points aren’t really drawn from the Bubble era. Listen below.

Sugar’s Campaign has gone Aughts indie-rock for the sound on “City Pop.” Just listen to that main guitar melody and the drum beat, reminding that one of the most influential American bands in the Japanese music community has been The Drums. The most familiar detail here would be the keyboard line that springs up every once in a while, a cotton-candy rush bringing to mind numbers that seemed built for extravagant theme parks. On “City Pop,” that addition sounds slightly faded, less about brightness and more about an extra layer for the group to play around with. Frequent Sugar’s Campaign vocalist Akio even sounds a touch more subdued, with even a pretty bouncy hook concealing a touch of melancholy. This isn’t blow-out pop designed for car rides to Yokohama, but something more apt for earbuds connected into an iPod.

“City Pop” is the first we’ve heard from Sugar’s Campaign in a bit, but the individual members of the group have kept busy with their solo projects. Seiho recently released one of 2019’s best songs with “I Feel Tired Everyday,” while Avec Avec keeps on making official remixes for other artists when not producing tracks for virtual YouTuber Kizuna AI.

Seiho and 5lack Team Up on Playful New Single ‘Wareru’

Seiho Shares Bouncy New “I Lost Myself in His Car” Single

Kizuna AI to Release Debut Album “hello,world” on May 15