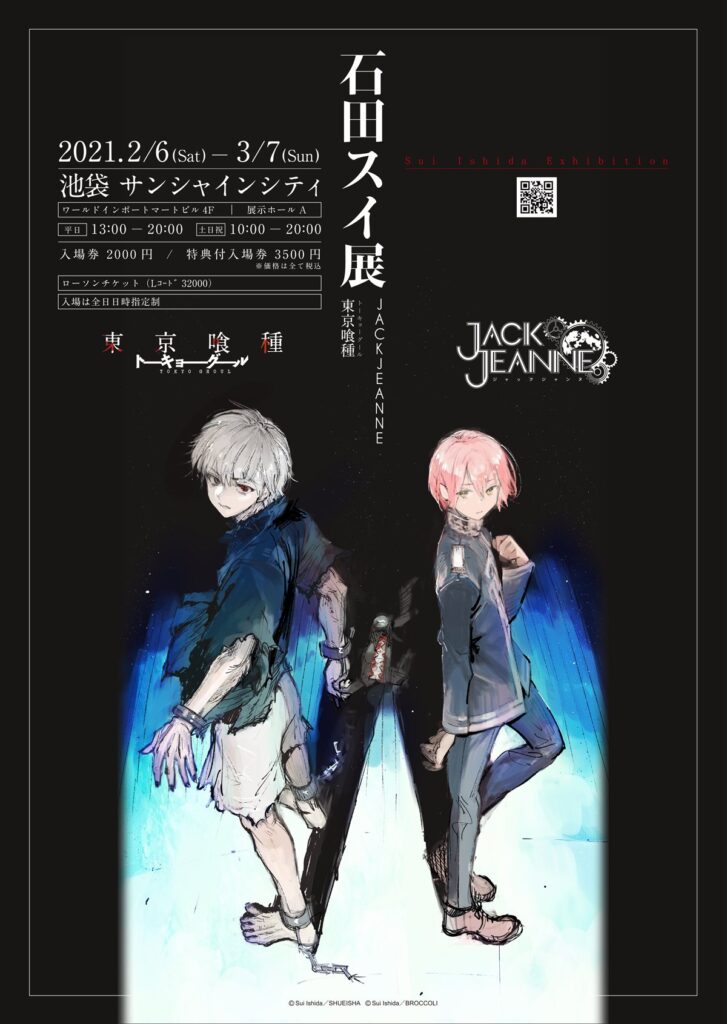 Despite most of everyone trying to stay safe indoors, artists have still been at it, opening up special exhibitions for the public. This year saw Capcom merge their characters into the world of Osamu Tezuka, the MANGA Toshi TOKYO exhibit that featured anime and manga’s cultural connection to Tokyo, and barely over a month ago, we saw Haikyuu get its own exhibit. That’s just naming a few, of course. Sui Ishida had his own exhibition announced back in July, and now more information has been leaked after a period of radio silence.

The exhibition’s Twitter leaked a new visual from the upcoming Nintendo Switch otome game Jack Jeanne, which features its two main characters bathed in menacing black and blue shades. Artwork from Jack Jeanne, whose story and character designs Ishida helped develop, will be displayed at the exhibit alongside art and drawings from Tokyo Ghoul and Ishida’s early days. The exhibit will be featured in Tokyo from 6 February to 7 March before moving to Fukuoka from 10 April to 16 May.

These past two years have seen something of a resurgence for the Tokyo Ghoul mangaka. After penning a spin-off Hunter x Hunter chapter back in 2016, we haven’t heard much from Ishida until he announced Jack Jeanne back in March 2019. The game was originally supposed to see an August release but was pushed back to 3 December. Of course, this game has not been the only thing Ishida has been pushing out. The man has been hard at work with his brand-new manga Chо̄jin X, which had a bit of original art leaked just a few weeks ago. This grand slam of recent news bodes well for fans of Tokyo Ghoul who have wanted to see Ishida on the comeback, even if it all falls on one of the craziest years of recent times.