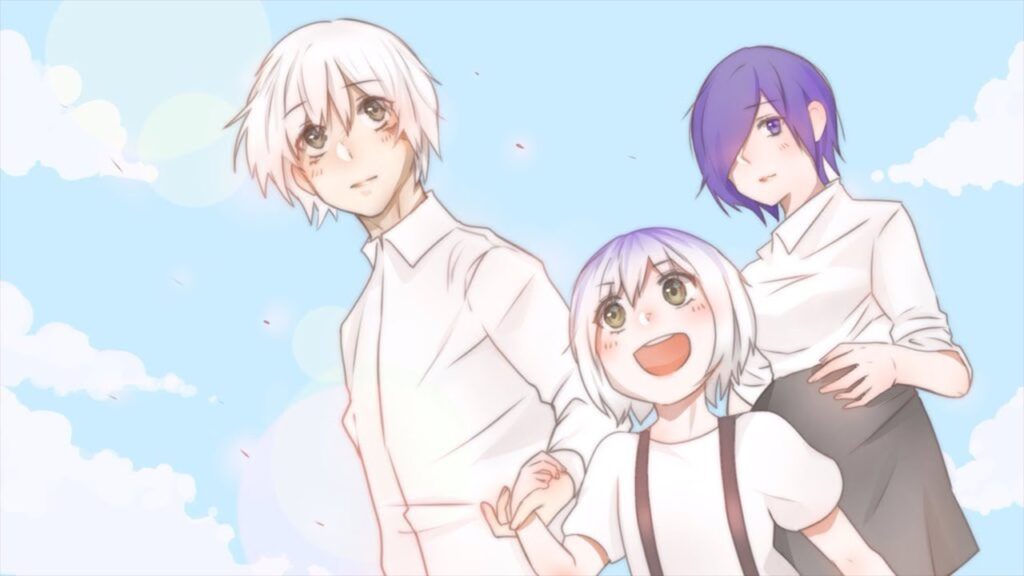 Many people know Sui Ishida as the creator of the Tokyo Ghoul series. While the manga itself was a smashing success, many people cannot help but admire Ishida’s artwork.

There is little to no information about the author in terms of his appearance (besides this self-portrait) and his past before becoming popular, but here is an interesting detail about him.

After reading 30 chapters of The Penisman and comparing the art to the first Tokyo Ghoul chapter and to its final chapters, it becomes really easy to see the progress Ishida has made as an artist and a storyteller in the past decade.

Tokyo Ghoul was the series that broke Ishida into the mainstream. Tokyo Ghoul ran in Weekly Young Jump from 2011 to 2014; the follow-up series Tokyo Ghoul: Re ran from 2014 to 2018,;and the mini-series Tokyo Ghoul Jack was published online through Jump Live. The series was turned into an anime in 2014, and it even got a live-action adaptation in 2017. It also got a video game in 2019.

Tokyo Ghoul is a dark fantasy series that takes place in modern Tokyo where humans live in fear of ghouls, humanoid creatures who eat people. The series follows Ken Kaneki, a human who is turned into a ghoul after a deadly accident during a date with a ghoul. The series follows Kaneki as he is thrown into the world of ghouls and has to figure out how to survive in this ghoul-eat-ghoul world. 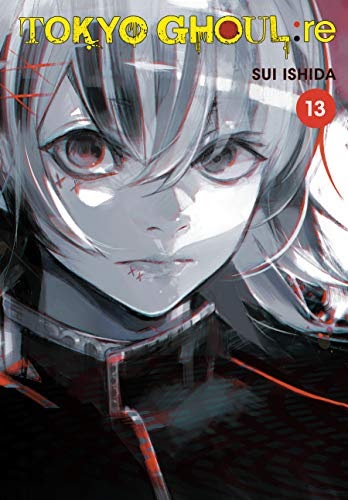 While Tokyo Ghoul was a smashing success, many people were more drawn in by Ishida’s art. Ishida’s artwork has its own particular style. It’s so particular that people can notice it from a glance.

As a manga artist, he’s captivated viewers and has become known for creating gorgeous watercolor portraits of his characters. While artists know that color makes a big difference in artworks, Ishida’s usage of color engages viewers.

A common theme among Ishida’s artwork is the usage of muted colors. These muted colors almost give a melancholic feeling to a lot of his artworks, but it also makes them much more interesting to look at. Especially if he decides to add a splash of bright color.

While most people see this when they look at Tokyo Ghoul covers, here are a few places where you can also see his work.

It is no surprise that Ishida has been sought out to create album art. One look at Tokyo Ghoul’s cover art tells viewers that this artist has something special that piques people’s curiosity.

He has worked on all of the album art for albums with music from Tokyo Ghoul, but he has also worked on other projects. Here are a few of the albums he has had a hand in creating.

Miyavi’s No Sleep Till Tokyo 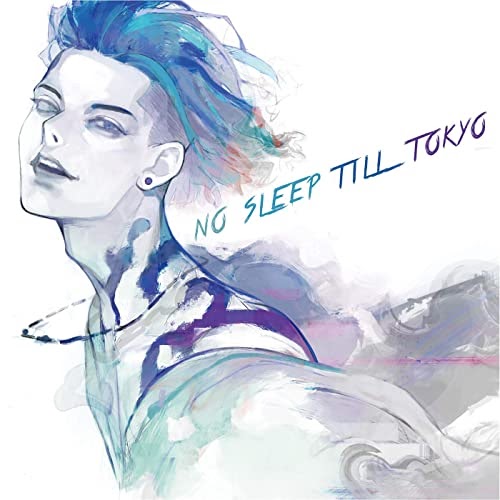 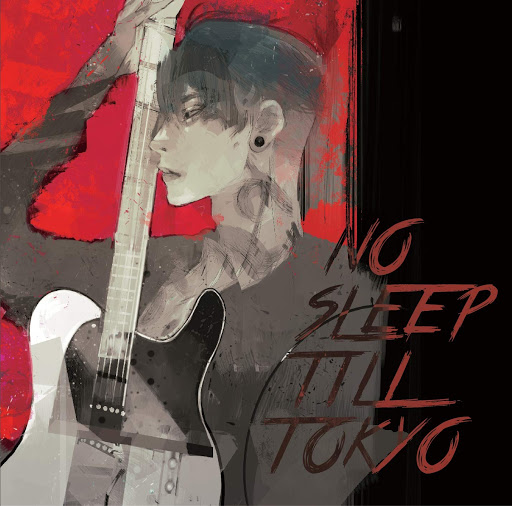 The ‘Samurai Guitarist’ Miyavi’s 13th studio album was released in 2019 after a 3-year hiatus. When the album art was released, people quickly realized that Sui Ishida designed the album covers. Miyavi later revealed that he and Ishida are good friends and that he is a huge fan of his art. 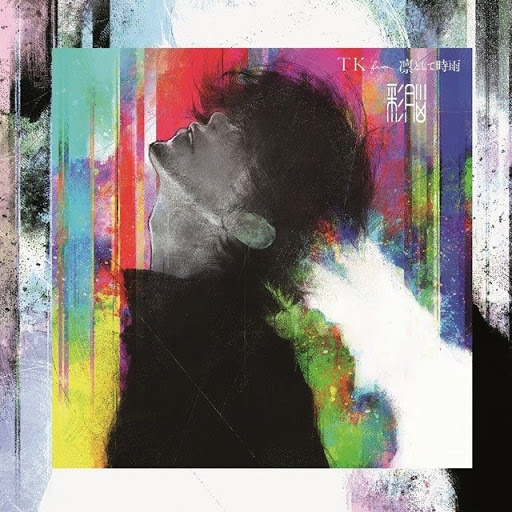 Ishida’s fans are aware that Ishida himself has been a huge fan of TK and Ling Tosite Sigure since before he sang Tokyo Ghoul’s opening song, Unravel. Over the years, he has become friends with TK and paid homage to the band in Tokyo Ghoul:Re by naming chapter 78 after them. However, the interesting thing about this album is that not only did Ishida create the album art, he also had a hand in writing lyrics to the song ‘Sainou -Sui Side-‘. This album is going to be released on 15 April 2020. 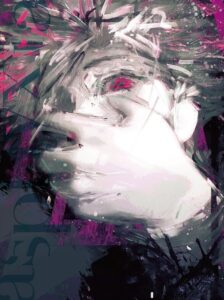 Cö Shu Nie sang the opening song for Tokyo Ghoul:Re, ‘asphyxia’. However, like Ling Tosite Sigure, Ishida was a fan of theirs before asking them to sing a song for his show. This led to the band being signed by a major label and now has many more successful albums. This album was released in 2018.

In 2018, Square Enix released a set of four vinyl albums full of songs selected by the composer Keiichi Okabe. The album jackets were designed by Ishida. Ishida has mentioned it on his Twitter that he is a fan of the video game as well, so working on this was a treat for him.

In 2019, Ishida tweeted about his latest project, Jack Jeanne. He was approached by Broccoli, who is known for their otome games like Uta no Prince Sama to be the main artist for this project. 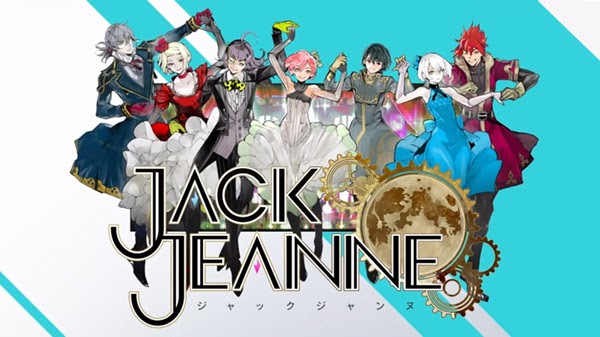 The game is due in August 2020, and it has a special bonus for people who preorder the Limited Edition of the game: they are entered in a raffle to win a Nintendo Switch Lite that features a drawing by Ishida himself.

The game follows a similar vein to anime, where a female character enrolls at an all-boys school to pursue her dreams. In this case, the heroine wants to be a big star in theater. In order to do that, she has to be a part of the school’s year-end performance.

As an otome game, the player will have to develop relationships with the cast, but in this twist, they also have to pass rhythm game components.

Ishida has a lot of social media accounts ranging from pixiv to Tumblr. However, he is inactive on these platforms, so we are going to list the one he is active on.