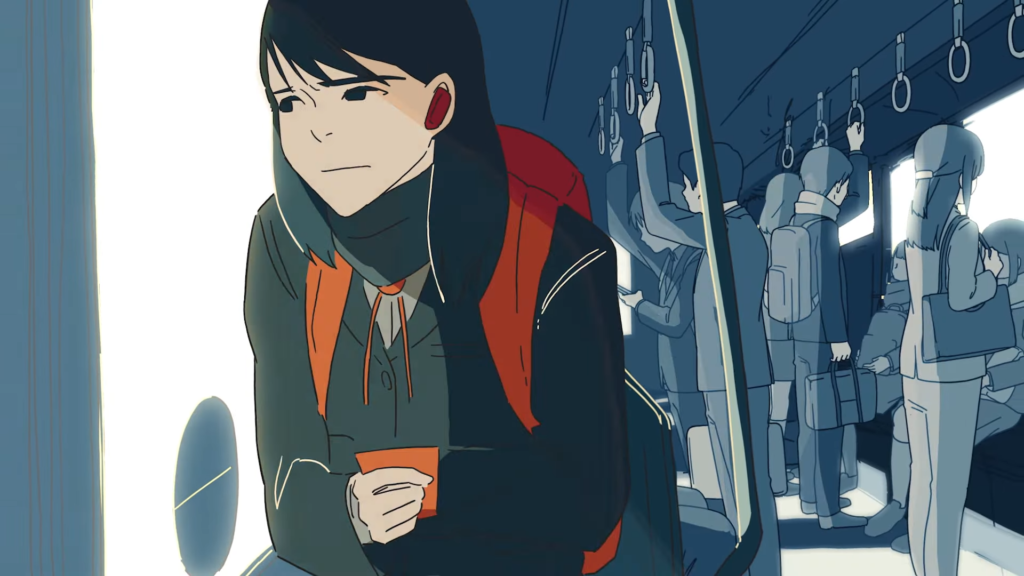 At first, the combination of Sumito Oowara and the idols of Nogizaka46 appeared to be an odd one. After all, why would such figures as Minami Umezawa, Asuka Saito, and Mizuki Yamashita lend their talents to something as off-the-wall and esoteric as Keep Your Hands Off Eizouken? Quite cynically, the answer could be increased notoriety and revenue, but the group’s latest music video arguably reveals that there is something deeper: a real synergy between them and Sumito Oowara, given that he helped create it.

Titled ‘Boku wa Boku wo Suki ni Naru’ (I’ll Come to Love Myself), Nogizaka46’s latest music video has all the hallmarks of Sumito Oowara’s penchant for graphic realism and fluid movement, present in both his work as a mangaka and an amateur animator. While he didn’t animate it (that was monofilmo, who did the animation during the live-action Eizouken series) he did apparently put together the ‘Story&Storyboard&Illustration,’ so his fingerprints are all over it.

As for the song, well, what can you say? It’s a pretty average idol number, with uplifting lyrics and a sweet story. What’s arguably more interesting here is how Sumito Oowara is returning the favor that Nogizaka46 granted him when they appeared in the live-action Eizouken drama and film, which helped boost the series’ profile alongside Maasaki Yuasa’s anime.

Oowara tweeted about the production of the music video when it launched, saying ‘I handled the story, storyboard, and direction.’ Later, he added that ‘It was my first time creating a music video, so I struggled at first trying to put together the storyboards. But then I loaded up Abode Premier and tried to draw some alongside the music; that ended up going really well.’ Finally, he expressed his thanks to those involved, saying, ‘I was the animation director, but all the staff, starting with Chiaki Kanno-san, were honestly so talented that I’m on the floor.’

It’ll be interesting to see to what extent Sumito Oowara and Nogizaka46’s collaborative relationship continues to develop in the future. Clearly, there’s much more room to do so. You can check out the music video for ‘Boku wa Boku wo Suki ni Naru’ on YouTube now.

Keep Your Hands Off Eizouken! Gets Live-Action Adaption