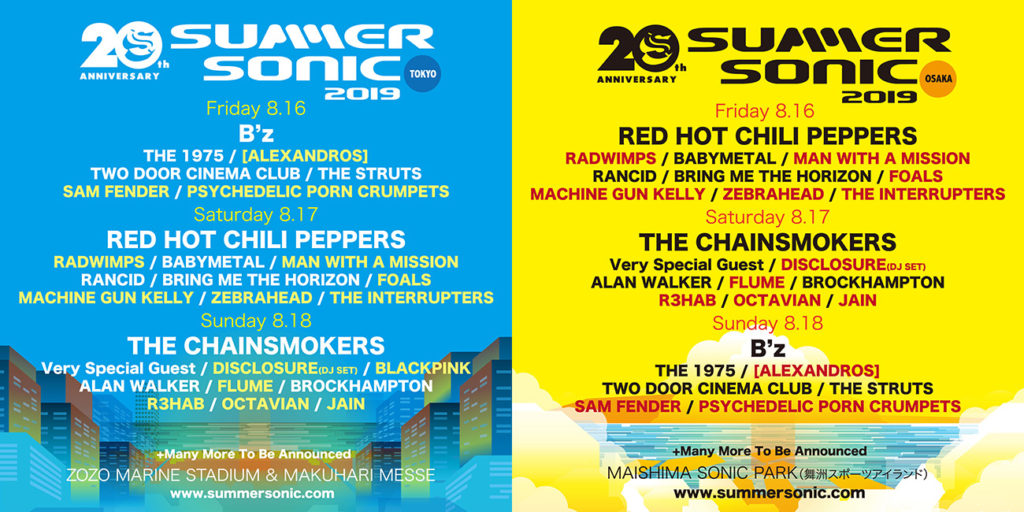 If there was ever a scrap of doubt that annual music festival Summer Sonic would be going all-out for their 20th anniversary, you can immediately toss that out the window. The three-day music extravaganza’s host Creativeman earlier today dropped the second-wave lineup for the upcoming Summer Sonic 2019 to spread their own bit of love this Valentine’s Day, featuring an additional 15 artists on top of the initial 12 artist lineup. 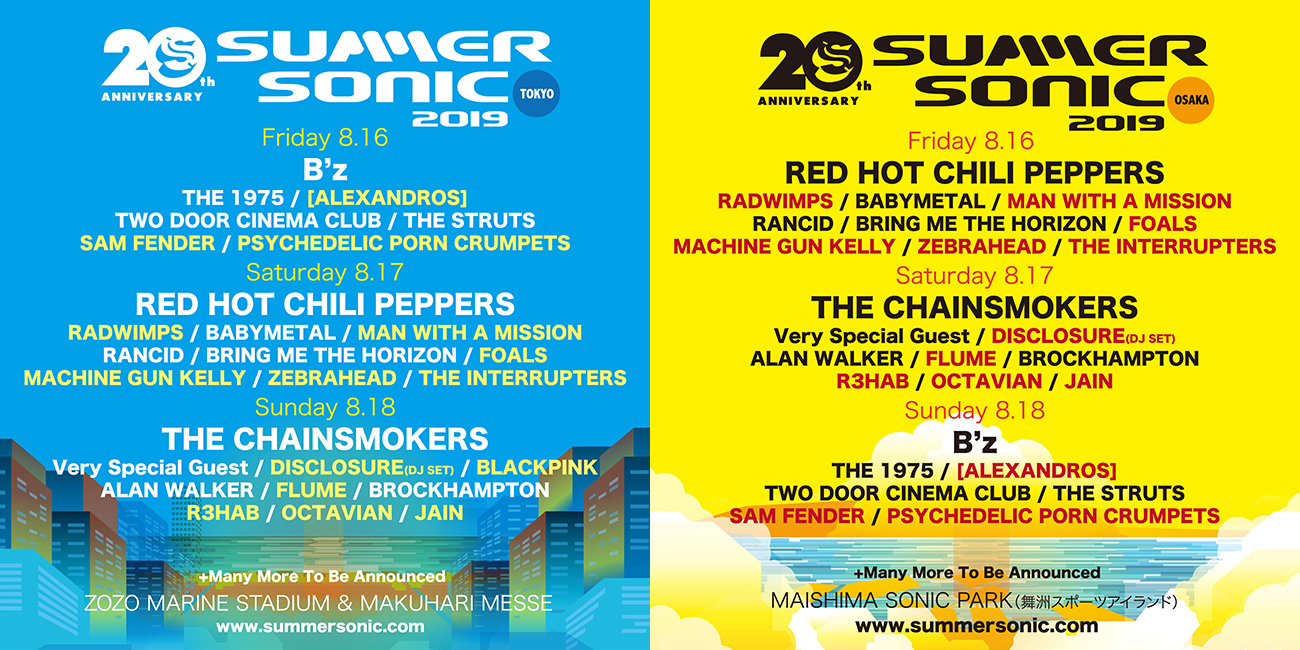 While the festival began announcing the three headliners, B’z, Red Hot Chili Peppers, and The Chainsmokers, in mid-January, it wouldn’t be until earlier this month that we’d see the additional acts announced. I’d be lying if I said I was particularly sold on just those acts, with both the B’z performance (simply to experience it) and BROCKHAMPTON’s first live event in Japan being the only things that really stood out to me. But now with the second wave of announcements, there’s definitely a little bit more in it for me.

While I’m sure we’ll be seeing plenty more acts announced before Summer Sonic 2019 takes place on August 16 – August 18, I’m particularly interested in seeing who else gets announced for the Sunday event in Tokyo. The combination of BLACKPINK, Flume, and BROCKHAMPTON should definitely prove to be something great, but I’m particularly interested in seeing who the “Very Special Guest” is and if they plan on announcing them in advance, especially with that placement on the lineup.

Set to take place at ZOZO Marine Stadium and Makuhari Messe from August 16 through August 18, those interested in checking out further information on Summer Sonic 2019 can head over to the events official website.

The Inevitable Has Happened: Supersonic 2020 Has Been Canceled