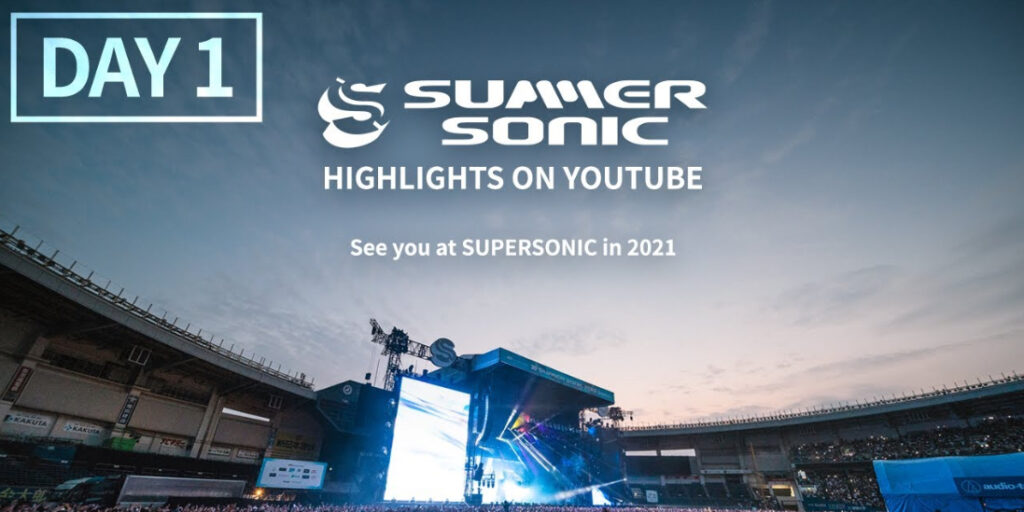 The Summer Sonic Festival and Supersonic 2020 may have been cancelled because of COVID-19, but the organizers of both live music events will not leave the fans hanging. On 27-28 November, Creativeman Productions will stream on YouTube many highlights from previous Summer Sonic festivals. There will be a different video stream for each day.

Naturally, for an event which has been around since 2000, the list of performers is huge. It is also eclectic and diverse, with both Japanese and international singers and bands performing in a mix of genres.

The online highlights stream is a sign of the times. Because of the Coronavirus, Summer Sonic 2020 was canceled earlier this year. In June, the organizers announced plans to replace the festival with a new event called Supersonic 2020 in September. Supersonic would have been a multi-day music festival with simultaneous events in Tokyo and Osaka. That event was also eventually canceled.

On Wednesday, they announced that Friday’s stream will include significant Japanese acts such as BiSH, MAN WITH A MISSION, Kyary Pamyu Pamyu, Tokyo Ska Paradise Orchestra, Yasutaka Nakata, RADWIMPS, Cornelius, and Hatsune Miku.

The stream will begin at 2 a.m. on 27 November (Pacific time zone). However, if you’re inclined to be asleep at that time, the organizers state they will repeat the highlight show for 24 hours. They haven’t specified if the event will be region locked. (Update: It isn’t.)

The Summer Sonic Highlights stream will be free to watch. However, they will ask for donations in the YouTube chat. Interested donors can contribute to the Music Cross Aid fund. According to the organizers, the fund ‘provides support for the present and future of the business and staff who carry the Japanese live entertainment industry, and are currently struggling to keep their activities going.’

The organizers hope for a spectacular event in 2021.