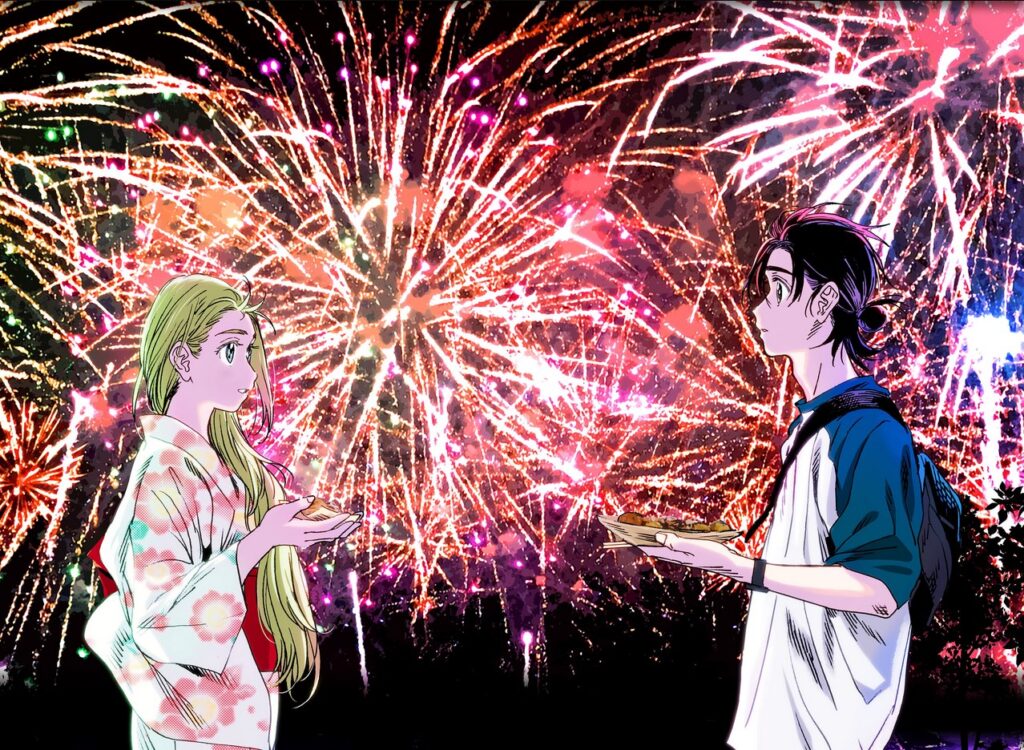 There appears to be a pattern emerging with Shueisha’s online manga service Jump Plus. First, we had Jigokuraku announce that it would be getting an anime after publishing its final chapter, and now the same thing has happened to Summer Time Rendering. What does this mean for the service’s other hits: principally, SPY x FAMILY?

But first, we should discuss this Summer Time Rendering anime adaptation. Announced on 1 February at the end of the series’ final chapter 139, it also came alongside news of a live-action film and an escape game. Penned by Yasuki Tanaka, the manga follows Shinpei Ajiro as he attempts to uncover the mysteries behind his childhood friend’s death after returning to his hometown of Wakayama.

In a message to fans attached to the final chapter, Tanaka said that he went location scouting with the ‘director, scriptwriter, and a bunch of others involved in the project.’ He says that he plans to be involved so that ‘mistakes from the manga… will be corrected’ and so that certain scenes will be ‘updated to modern times.’

Apparently, the series is set in Tanaka’s own hometown, and he hadn’t been back since starting Summer Time Rendering’s serialization in 2017, so going back was ‘very emotional’, especially as news of several adaptations, including an anime, swirled around his head.

It appears as if the anime is much further ahead than the Summer Time Rendering film, though, as Tanaka said that he had only heard about the latter ‘just the other day.’ Even so, he warns readers that production on the anime ‘has only just begun,’ so it’s still far from fruition. With this in mind, this makes us reflect on what kind of precedent Summer Time Rendering’s anime sets for future Jump Plus adaptations.

Is it possible that the likes of SPY x FAMILY and Kaiju No. 8 might only get anime once they’re finished? Perhaps, but it is also worth pointing out that those two series are far more popular now than Jigokuraku and Summer Time Rendering ever were during their original run.

Furthermore, although Jigokuraku had an action focus, Summer Time Rendering is a romantic mystery story with a supernatural twist: that makes it arguably better to adapt once it’s finished, rather than during serialization. You don’t want to mess up future reveals, after all!

You can read Summer Time Rendering in English via Manga Plus.