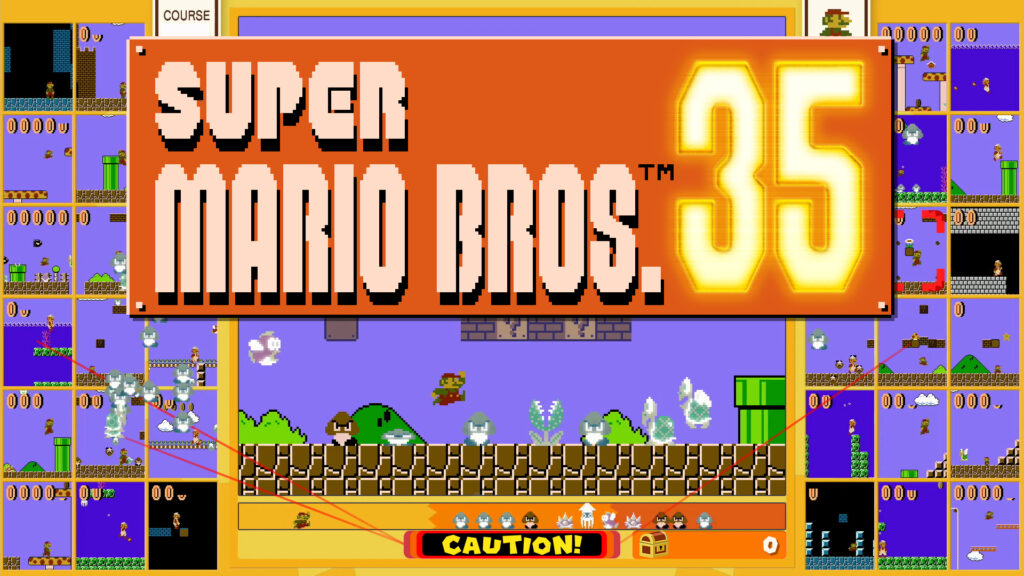 A few weeks back during the Super Mario 35th Anniversary Nintendo Direct, Nintendo announced a unique take on the classic Super Mario Bros. game which blended the online mayhem of Tetris 99 and the NES version of Super Mario Bros, called Super Mario Bros. 35. The game takes yourself plus 34 other players and pits you against each other to come out on top. To do so, players must collect coins and defeat enemies as they progress through the level, with any enemy defeated being sent to the other players’ game in order to mess them up. The game has now officially launched and we got our hands on it and can say that it is honestly, rather amazing.

To be honest, I completely forgot that the title was coming out today. That could have been due to the fact that at the time of the announcement, I wasn’t truly intrigued, or it could have been the fact that I had no idea that today was October 1st. If you were to ask me, it’s likely a mix of both, but I whole-heartedly thought that September had 31 days in it. After seeing that Super Mario Bros. 35 was available, I immediately grabbed my Switch off of its dock and fired it up to promptly download the title. I booted up the game and you know what, I was pleasantly surprised. There is something that is magical about reliving your childhood when you were 4 years old with something that felt completely fresh, but also extremely familiar.

The game obviously starts on world 1-1 and players progress through the level as normal, but after the first level the levels are randomized, and as mentioned previously, each enemy you defeat an attack (more enemies) go to other player’s games. You can also choose which players you want to focus on by having it be the person who has attacked you recently, the one that has the least time remaining, the player with the most coins, or just completely random. I keep it on the player with the most coins because without coins you can’t purchase power-ups by hitting the ‘X’ button which might save them. 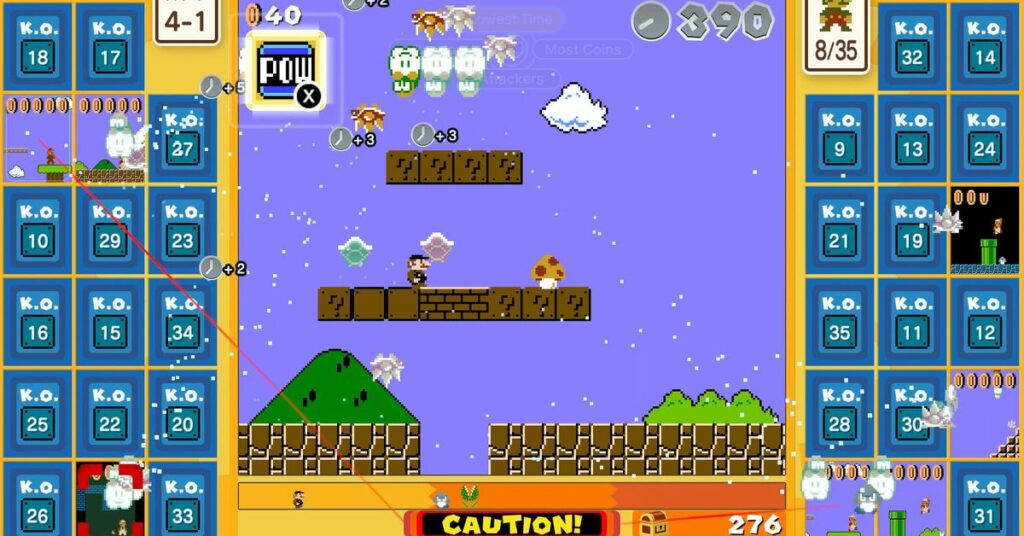 I was pleasantly surprised with Super Mario Bros. 35, and will honestly spend a good amount of time playing it. My record for staying alive at this point is 3 minutes and 37 seconds, let’s see if I can get that over 5 minutes any time in the near future. Currently, Nintendo says that the title is only playable until March 31st, 2021, but I’m not too sure that I believe that. It seems that it would be too much work involved just to have a game which is only playable for 6 or so months.