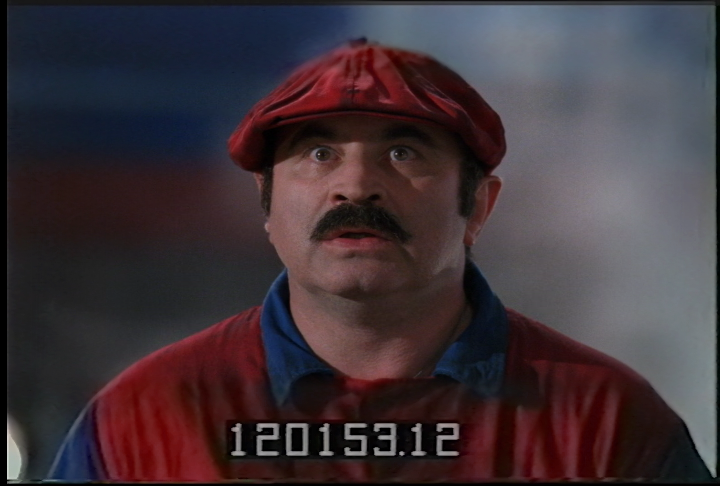 The already-bizarre 1993 Super Mario Bros movie just got a little bit weirder today, following the news that a brand new fan-restored ‘extended cut’ of the film has been released, using never-before seen footage.

With a strong cast, featuring the likes of Bob Hoskins and John Leguizamo, but bizarre adaptation choices, the legacy of the Super Mario Bros movie is mixed with both derision and cult delight. Some have a soft spot for the movie’s out-there approach to bringing Mario into live-action even if it didn’t always work (including me). It’s certainly unlike whatever the upcoming Illumination film will be.

Piecing together the film’s rough development has been an interesting process for some fans in the years since the movie’s release, with today bringing about the surprising news that a one-of-a-kind extended cut of the Super Mario Bros film on VHS with previously unseen footage has been found and restored by filmmaker and restorationist Garrett Gilchrist.

Known as the Morton-Jankel Cut, this new edit includes a lot of new and arguably stranger decisions made in the film’s production process, many of which were unknown to the general public until now. This includes a subplot featuring the Mario brothers at odds with a rival plumbing company with Mafia connections, Iggy and Spike rapping about the overthrow of King Koopa, and more.

In a writeup on the Internet Archive page for the new edit, it is noted that it features scenes that help restore the more mature original aim of the film, such as the reintroduction of the dancers in the Boom Boom bar, some language, and a little more political satire that wouldn’t have gelled with the younger audience it was hastily edited to accommodate. As for the discovery of the edit, the archive team for the film found it having originally belonged to producer Roland Joffé.

Significant work was needed to restore it, including some frame-by-frame corrections, and more work will continue to be done to ensure it gets to the best quality possible. The hope is that it could eventually see some form of official release. Whether that happens remains to be seen, but it would be nice to see this relic properly preserved.

Mario Film Could Be in Works From Studio Behind ‘Minions’