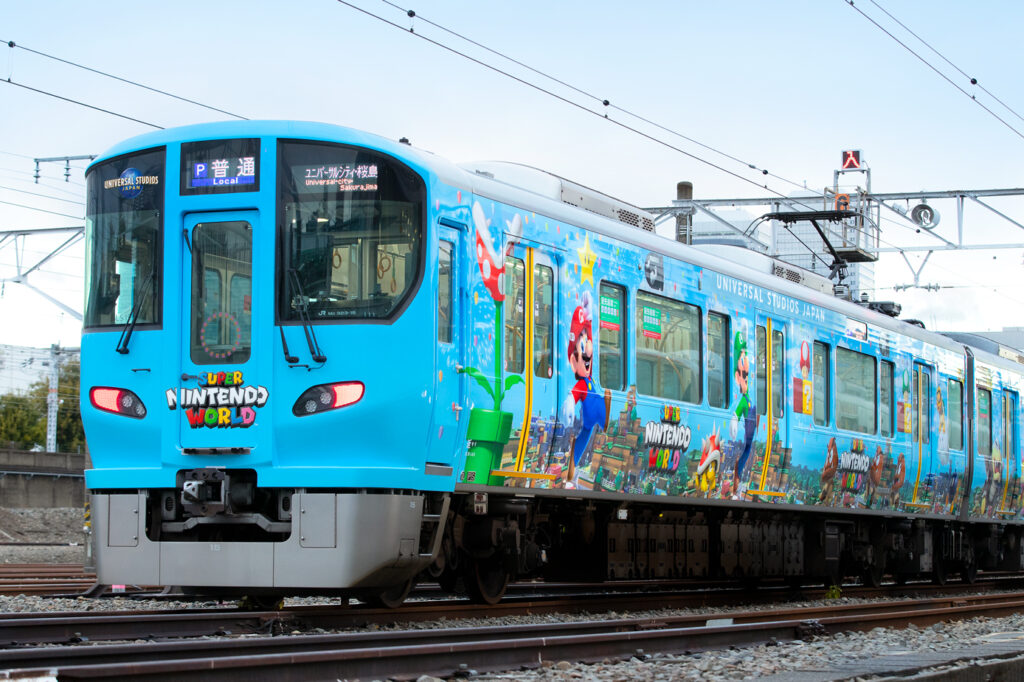 Super Nintendo World at Universal Studios Japan may arrive later than scheduled, but video game fans in the Osaka area will still get one Super Mario-themed ‘ride’ this month.

On Wednesday, a new Super Nintendo World-wrapped train began operating on the JR Sakurajima Line (aka Yumesaki Line) and Osaka Loop Line. The JR West train’s exterior will feature such characters as Mario, Luigi, Bowser, and Princess Peach, with an overall design based on the highly anticipated Nintendo theme park area.

The two lines weren’t picked at random. The Osaka Loop Line is Osaka’s equivalent to Tokyo’s Yamanote Line (which already celebrated Super Mario a little while ago). It’s a workhorse commuter rail line which serves a lot of useful Kansai destinations and tourist spots. Unlike the Yamanote Line, several different rail lines share the same tracks, including the Sakurajima Line.

The Sakurajima Line only has a couple of stations after it branches off from the Osaka Loop Line. But one of those stops is Universal City Station, the stop for USJ. (Amusingly, it shares the same name as the subway station for Universal Studios Hollywood.) 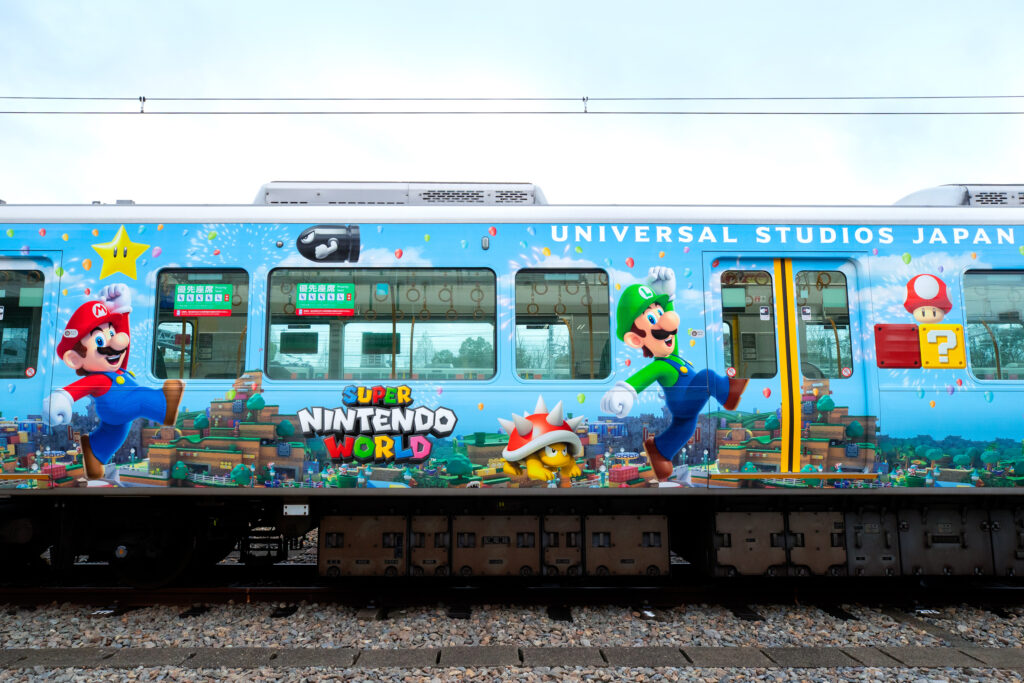 The train is an 8-car, 323 Series electric train, typical of the commuter trains seen all over Japan. The 323 Series is relatively new, having entered service in 2016.

In addition to Mario and Luigi, the train features a Piranha Plant, Bullet Bill, several Goombas, a Spiny Koopa, a red mushroom power-up, a green 1-Up mushroom, a Lakitu (you know, those cloud-flying turtles), and a super star power-up. And that’s part of the first car. The background looks like a random Super Mario landscape, but it’s actually based on the Super Nintendo World park.

The train’s new wrap was probably intended to go along with the planned 4 February grand opening of the theme park area.

Incidentally, about half of the Super Mario train press release is dedicated to JR West’s and USJ’s efforts to keep people safe through proper ventilation, social distancing, disinfectant cleaning, avoiding crowds, wearing masks, and other health and safety measures. So, while we don’t know yet when the new area will open, at least it seems that they are taking the reason for this delay seriously.