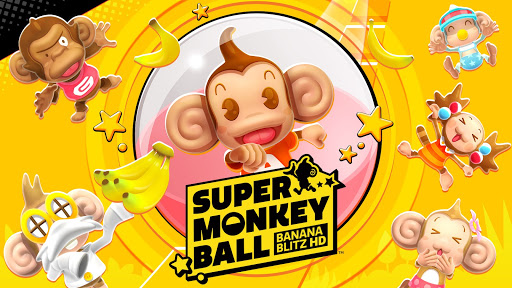 It was the first day back at school after a two-week winter break when my friend told me the most incredible news: his parents bought him a Gamecube for Christmas. I didn’t know it at the time, but there were going to be many weekends and afternoons after school that I spent at his house in my near future.

At that time I was introduced to a lot of wonderful games including Super Smash Bros. Melee, Luigi’s Mansion, and Crazy Taxi. The game that stood the most out to me though was a colorful, cute, and challenging game called Super Monkey Ball.

The game is really simplistic, yet unique, in its design. Your goal is to guide the adorable monkey of your choice from the start of the banana-filled stage to the gate at the end. Said adorable monkey travels in a clear rolling ball.

What sets this apart from games such as Marble Madness or Marble Blast is that you don’t actually control the character itself, but the tilt of the stage itself.

It’s guaranteed to throw you off at first and you will likely swing the adorable monkey off the stage and into certain death down below (which you’ll continue to accidentally do as difficulty increases). But once you get used to the idea of controlling the stage, you’ll find a lot of fun in finding ways to precariously accelerate these monkeys around to get the best times. Super Monkey Ball was a stand-out among the launch titles for the Gamecube.

There would be a similarly successful sequel in the form of Super Monkey Ball 2. The series would debut on other consoles a few years later with Super Monkey Ball Deluxe, which compiled the first two games together along with extra levels and mini-games.

Although there would be more entries on the series through multiple handhelds, consoles, and even a free to play mobile game, none of them came close to reaching the same level of praise of the first two titles. Common criticisms the series would face were aimed at changes in controls or a failure to stand out in comparison to the early games.

Rumors of a possible new or remaster of a Super Monkey Ball game was big news for fans of the series. It had been seven years since the previous title had come out on the Playstation Vita and nine years since a game had been made on a home console. Fans were happy for any new entries and even if it was an HD remaster/remake, many fans were excited at the idea of playing the first or first two games again.

This is why that excitement died out quickly when they found out it was an HD remake of Banana Blitz.

Super Monkey Ball: Banana Blitz was a launch title for the Wii. Unsurprisingly, the title made use of the Wii Remote’s motion controls for the gameplay. While it would introduce new features for the series such as jumping and boss battles (which wouldn’t return beyond this title), as well as a plethora of mini-games, it would receive mixed reviews.

Some enjoyed the shake-up to the formula and appreciated what they saw as a challenging control scheme, while others downright hated the changes made and saw the motion controls to be a frustrating addition to what would be a casual game without them.

Even the producer knows that the fan-favorite games are the first two. In an interview with Crunchyroll, he revealed that remaking Banana Blitz was “the most reasonable option” in regards to the budget and the time that they had with the project. It certainly makes sense considering the love for the first two games and the number of levels and mini-games between them and Banana Blitz. 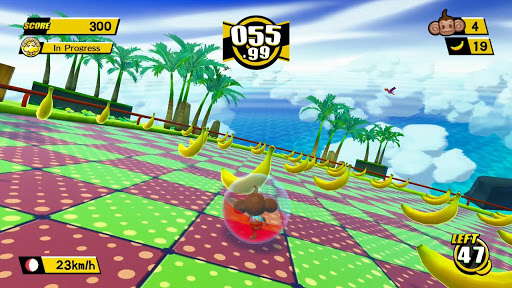 The biggest-related takeaway from the interview, however, is his belief that enough support for Banana Blitz HD could make it more likely for a new entry or a remake of the first two titles to be greenlit. It’s not uncommon to see the continuation of older series depending on the sales of a remake or a remaster. And why it’s not a direct confirmation, it does highlight the potentially important role that Banana Blitz HD may have for the future of the series.

Whether that’ll be the case…remains to be seen. The original version of the game was made quite heavily with motion controls in mind. This version meanwhile was meant to release on all modern platforms, which led to them removing the motion controls and tweaking certain aspects of the game to meet the difference.

Even though the game would launch with a fresh coat of paint so to speak, including new costumes, an insanely catchy theme song, and even feature Sonic the Hedgehog as an unlockable character, history would repeat itself as the game received mixed reviews.

Furthermore, a majority of players felt that this change resulted in an easier game and took away most of the challenge that’s common in the series. The downsizing of the mini-games from 50 to 10 and the unchanged feelings about boss battles and jumping in the series weren’t seen as strengths. 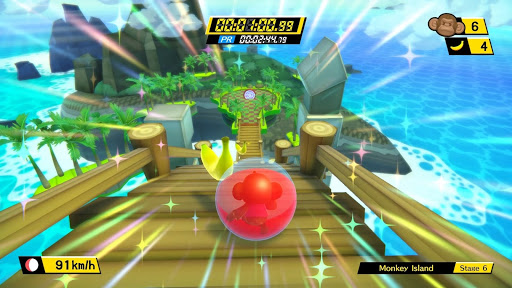 I understand the issues people have with it, but I also see why people like it. Is it as good as the first two games? Not at all. But, it’s still a pretty fun game to play, hiccups and all.

They’ve also given the Steam version some interesting updates. Besides the aforementioned update with the Steam Controller, they also included some truly bizarre cheat codes which let you trade in the ball you’re normally rolling around in for a pyramid, cube, or a star.

They’re all weird to play with and it’s not even guaranteed you can complete every stage with them, but it’s the kind of wacky cheat code you’d expect from the Gamecube era so I can’t help but love it.

Unfortunately, these updates have only come to the Steam version, which itself has mixed reviews. As nice as it would have been to see a game that had previously been divisive come back out with an update that wins everyone over…that isn’t what happened.

For now, it’s just another entry in the series that fans don’t like as much as the first two. Hopefully, they keep on trying and prove lightning didn’t just happen to strike twice.