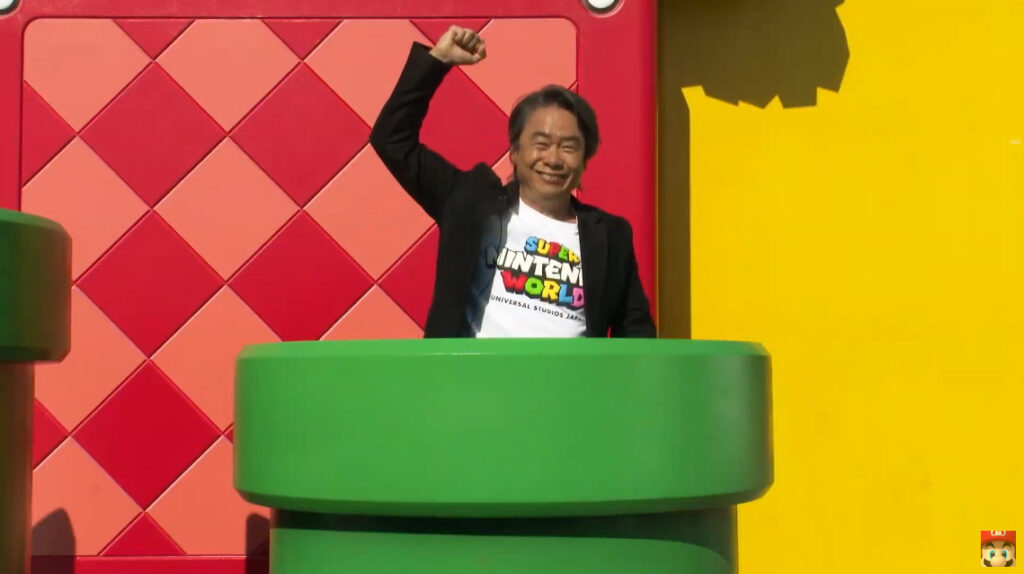 Shigeru Miyamoto gave a short tour of Super Nintendo World at Universal Studios Japan on Friday afternoon (Pacific Time). The creative genius behind Super Mario Bros. and other Nintendo games popped out of a life-size warp pipe to give the tour which was live streamed on YouTube.

The video is also available at Nintendo Direct. (The YouTube video starts at 29:40.)

One of the highlights of Miyamoto’s tour was the Power-Up Band. Visitors who get the wristband will be able to punch ? Blocks, POW Blocks, and coin blocks, just like Mario would. Miyamoto said that the Power-Up Bands could also be taken home and used like Amiibo. The bands come in six designs, featuring different Nintendo characters.

The entire park looks like it’s designed to be interactive, with places for people to punch blocks and collect coins on a smartphone app. He also demonstrated an ‘underground level,’ where bigger blocks will give visitors the illusion of shrinking to Mini Mario size.

The whole thing is entered by walking through a warp pipe. While Disneyland has one castle, Super Nintendo World has two: Peach’s Castle and Bowser’s Castle. 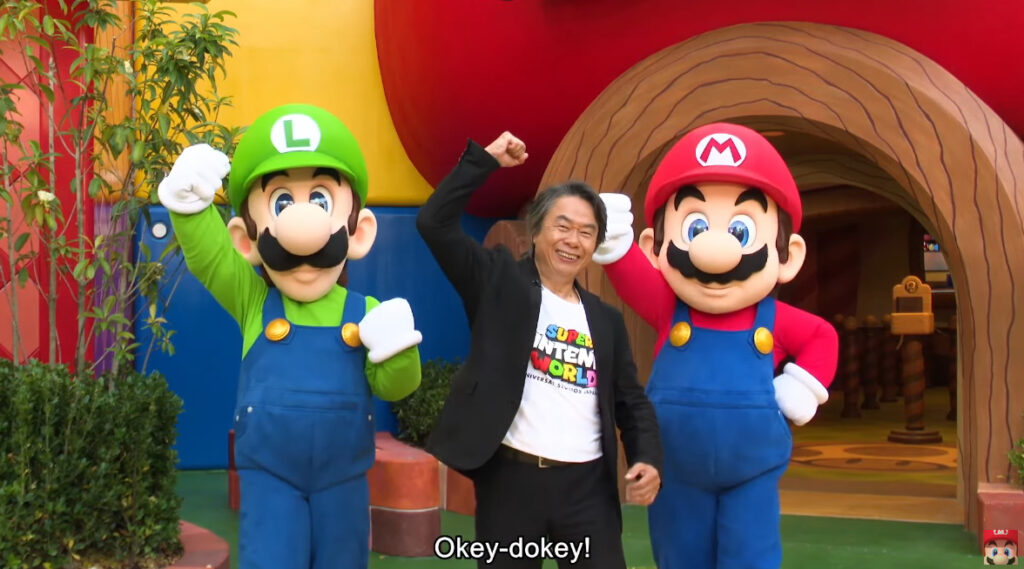 The tour included a look at the Mario Kart: Bowser’s Castle ride, where visitors will wear AR helmets to help Mario defeat Bowser on the racetrack. Real versions of the Mario Kart trophies are inside the ride.

Miyamoto also visited Kinopio’s Cafe. At the cafe, visitors can meet Chef Toad, and dine on Super Mario-themed dishes such as the Mario Burger. The tour also included the 1-UP Factory gift shop, a vital part of any theme park.

Miyamoto said that his tour featured ‘only a fraction of the park,’ which makes you wonder what could have been left out.

Super Nintendo World has generated a ton of buzz ever since the idea was revealed in 2016. How could it not? Millions of Nintendo fans around the world would double jump at the chance to wander around the colorful world of Super Mario. And this video will just add to the excitement.

As we reported a few weeks ago, Super Nintendo World is still on schedule to have its grand opening in February 2021. The park’s grand opening was delayed due to a certain virus which shall go nameless.

Miyamoto also noted that versions of the Super Nintendo World in Osaka would also be built in Hollywood, California; Orlando, Florida; and Singapore.