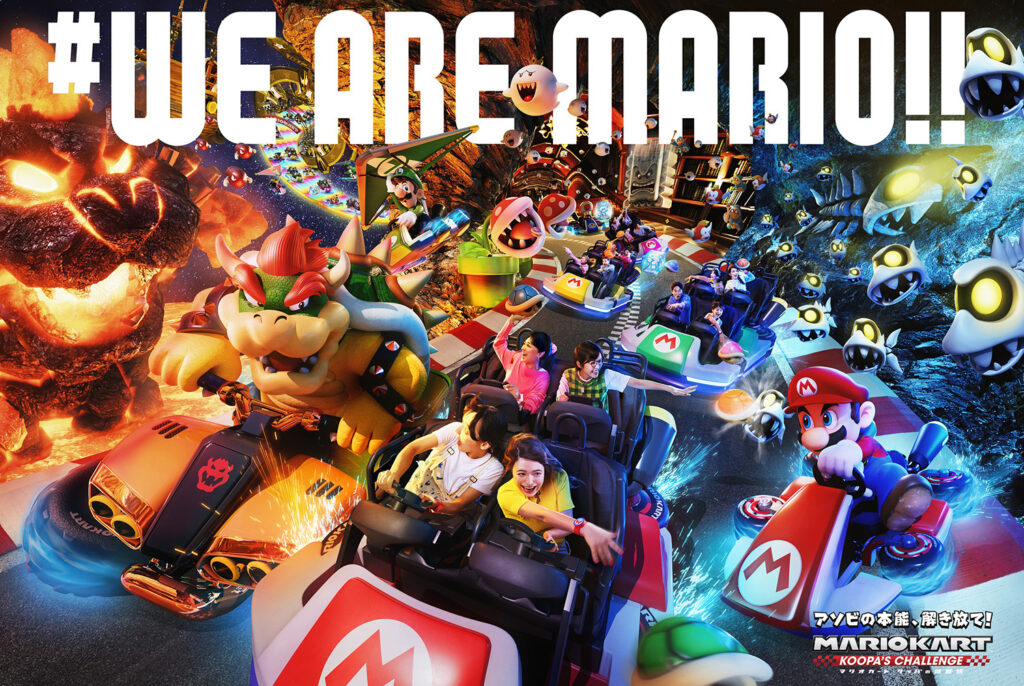 Super Nintendo World in Universal Studios Japan has received a new opening date of 4 February, and to celebrate this the company has previewed its big-ticket Mario Kart attraction!

After the park’s initial opening was delayed due to the fallout from the COVID-19 pandemic, updates on the upcoming Super Nintendo World have mostly come from eager onlookers shooting images from afar and providing somewhat of a status update on the park’s development process. We recently had the Nintendo shop and cafe open within the main Universal park, but updates on the opening had remained silent until now.

Super Nintendo World has now received a grand opening date this February, and the park’s signature attraction, the Mario Kart ride, has been previewed in celebration of this news. The attraction takes place in a replica of Bowser’s Castle and takes you into the castle’s depths for a racetrack-like rollercoaster ride. These newly-released images of the ride show the queue area, which is impressively built to look like the Mario Kart Wii rendition of Bowser’s Castle in terms of style, alongside physical props of the various Mario Kart cups. This is all overshadowed by a giant statue of Bowser himself.

The ride promises to augment itself with each turn as riders take an active role in the race’s outcome. After taking the wheel, you need to drift and boost around the track and use items picked up around the course. Sometimes the player will win, and sometimes they’ll win. Either way, it promises to be fun each time. 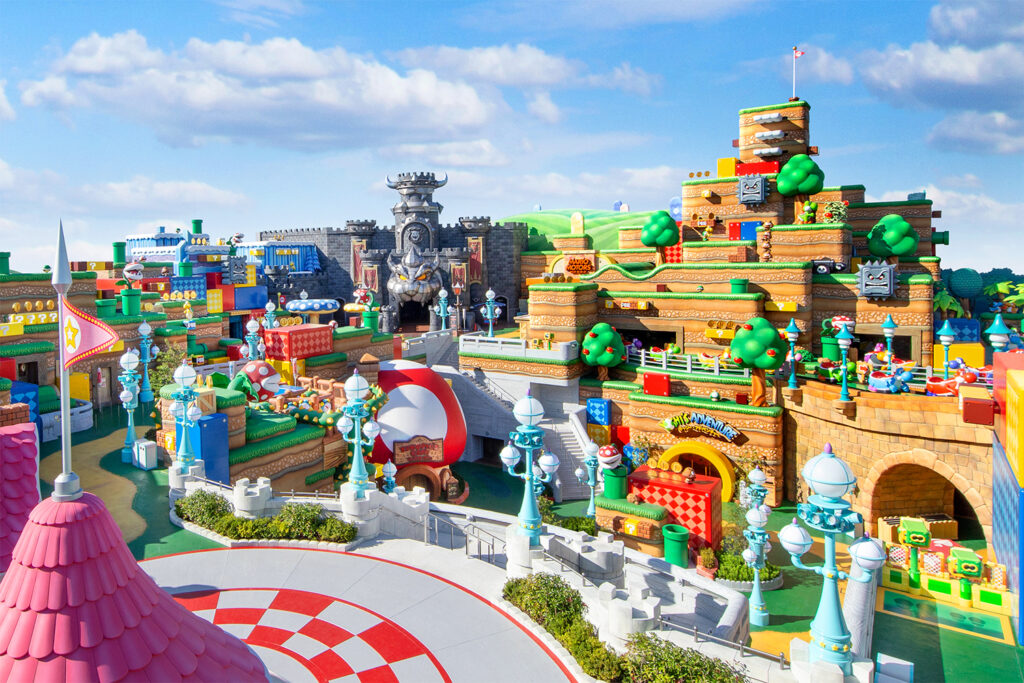 The Mario Kart ride will join other previously announced elements of the Super Nintendo World park, such as the power-up bands and smartphone apps that allow visitors to touch coin blocks around the park to collect coins and take part in other challenges, as well as rides involving more Mario characters like Yoshi.

It all promises to be a great experience. Super Nintendo World will receive its grand opening in Universal Studios Japan on 4 February.