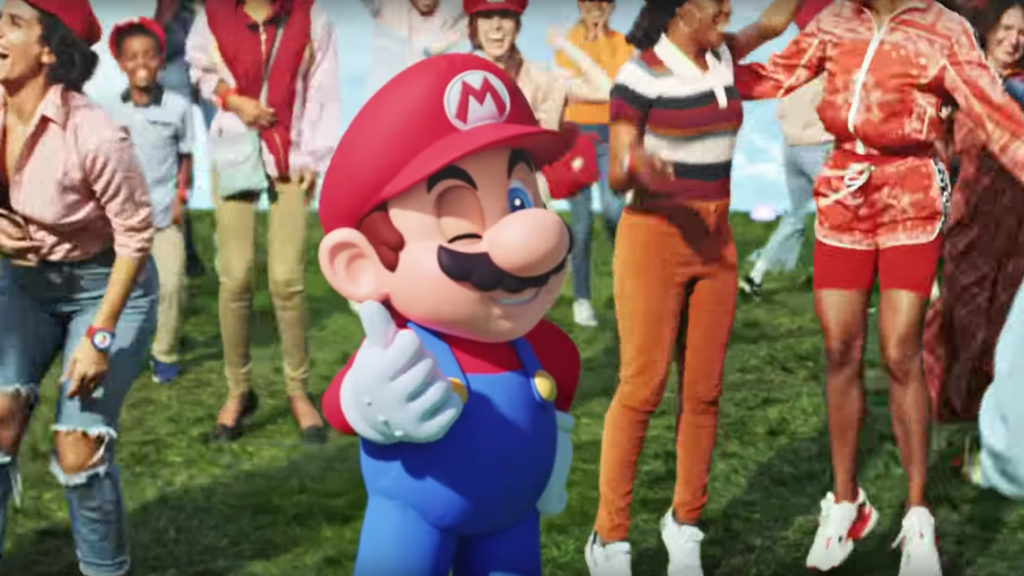 We’ve been waiting with bated breath for more details on Super Nintendo World ever since it was announced 3 years ago. The new addition to Universal Studios Japan (and other parks in the future) is approaching its opening this summer, so it only makes sense for more details to start trickling out about now. Today USJ gave a little bit to tide us over in the form of a promotional video for the park set to the incredibly catchy track “We Are Born To Play” by Galantis ft. Charli XCX. While the PV doesn’t give us a real look at the park itself, it teases several of the things we expect to see, and even a few things that could spark speculation, through the visuals contained within.

Let’s start with what we know for sure. The video confirms that there will be some kind of wristband and mobile phone integration which appears to “gamify” the experience within the park. Theme park aficionados may draw immediate comparisons to the “magic bands” at Disney’s theme parks, but these appear to be specifically tied to Super Nintendo World. Just to speculate a bit on what we’re seeing in the video in relation to the wristbands and app, Nintendo has long implemented different fitness elements into their games with things like Wii Fit and even the Pokewalker in the DS’s Gold/Silver remakes. It’s probably not much of a stretch to imagine that these wristbands have basic pedometer functions along with Bluetooth functionality to interact with attractions in the park.

That being said, let’s talk about the world itself and what we see in the video. We already know that a portion of the land is being dedicated to Mario Kart, and if the shot of multiple people in a cart is any indication, this looks like it might be in the form of a rollercoaster of some sort. If they somehow add elements of Mario Kart Double Dash (what with 4 players to a kart) or video interaction with other Nintendo characters (not a stretch given Universal Studios utilizing 3D video in many attractions globally) this could be a groundbreaking ride at the new land. Outside of the Mario Kart inclusion, there’s plenty to speculate about from the rest of the video. The focus of racing to the flagpole, collecting coins and powerups, dodging enemies & fireballs, and the conspicuous #WeAreMario hashtag sure seems to indicate that some real-world implementation of these iconic Mario elements is going to be included in the gamification element. Could than mean scanning park decorations to get powerups in the app that influence your experience? Collecting coins through walking? Will there be attractions that allow you to use these items in some practical way? It sure gets the imagination running in a lot of wild ways, and it’s exciting to think about all of the potential this means when you consider the possibility of AR functionality as well.

One thing is for sure, Super Nintendo World is going to be an incredibly exciting addition to the Universal Studios Japan attractions lineup. The new land is opening in time for the 2020 Olympics as well, which is perfect for everyone around the world who will be making their way to the country for the event this summer. We’re going to be keeping an eye out for more updates as the opening date gets closer, but in the meantime let’s all get ready to play!