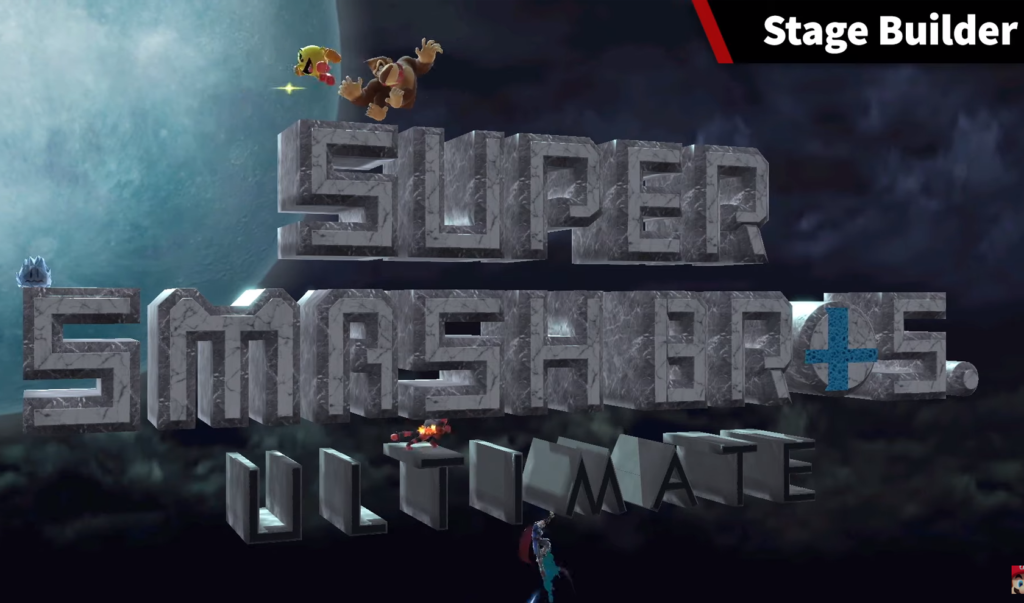 In addition to the first paid DLC character Joker from Persona 5 releasing for Super Smash Bros. Ultimate tomorrow, a big free update is also coming to the game. Probably the biggest free addition to Smash Bros. coming from the Version 3.0 update is the stage builder. Nintendo has also added a very intuitive video editor so you can chop and screw all the replay data you want. If you pay for Nintendo Switch’s online service, you’ll be able to view and download players’ custom stages, videos, and even Mii Fighters. The online content will be integrated within the Smash World part of the Nintendo Switch Online app for smartphones.

So let’s talk about the stage builder a little more in depth. This feature, first introduced in Smash Brawl, was surprisingly absent from Ultimate until now. The Smash Ultimate version controls similar to how it did previously, with the creator being able to draw and move stuff around on the Switch’s touch screen. There are some expanded creative abilities, including more options for how things move on stage and even stage layers to create decorative backgrounds and foregrounds. You’ll need to subscribe to Nintendo Switch Online to be able to download other people’s stages, but you’ll be able to view them on your Smartphone using Smash World.

The video editor, which is new to Smash Ultimate, looks like a neat little time waster. You can drag, cut, and drop different clips from different replay footage. Creators will be able to add any song from Smash Ultimate’s gigantic song library. Nintendo has even added a subtitle option, which could make for some dangerous yet entertaining results. Like the stages, you’ll need to pay for online functionality to watch and download other people’s videos on the switch, but this too will come to the newly expanded Smash World on the Nintendo Switch App.

I, for one, am excited for a new area of youtube poop like videos made exclusively in Smash Bros. Version 3.0, along with the Joker DLC, releases April 17.