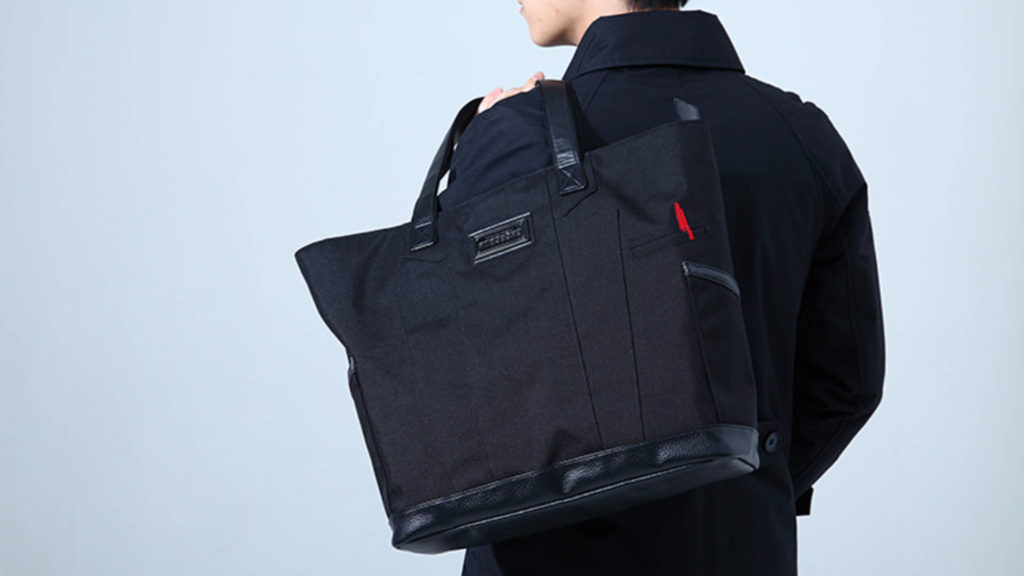 Japanese designers SuperGroupies have been instrumental in transforming the often uncool and unfashionable realm of anime-inspired clothing into something more, well, acceptable with their anime collaboration collections; but how have they approached the reformed chuunibyou Okabe Rintarou of Steins;Gate 0? Taking inspiration from Okabe’s black shirt with a red pen in the chest pocket that he constantly wears during the events of Steins;Gate 0 (seriously, do you not own any other clothes?), SuperGroupies have created a unique bag as well as more of a straight up replica of his shirt. The common feature here is the inclusion of a red pen, which while certainly pays homage to Okabe’s outfit. The fact that it is fabric and not a real pen does look a little strange. Particularly when it comes to the shirt, as you could pretty easily just tuck a real pen in a black shirt to get the same effect. Thankfully, only these two items feature the strange fabric pen, and the coat that goes with the shirt and bag looks great as a result. It’s a pretty normal black overcoat until you look at the right arm, which is emblazoned with the logo of the Future Gadget Lab, and the left cuff, which displays a divergence reading. And while I think that the above three pieces would look best when worn all together, there are some accessories that you could definitely pick up on their own to express your love for Steins;Gate. One of these is a wallet that evokes the red design of Okabe’s smartphone, and once more features the Future Gadget Lab logo as well as an insignia that reads “Lab Member 001” – Okabe’s number. Finally, the most expensive but probably most impressive piece in the collection is this Amadeus-themed watch. The design is nice and simple yet refined, and also brings to mind the first ending of the series, in which Okabe laughs maniacally while being rotated on top of a gear. Not sure if that was the intention, but it looks great regardless. The watch does cost 30,000 yen, however, so keep that in mind if you’re thinking of picking this or any of the other pieces up. SuperGroupies’ prices are always on the high side, but the level of quality you get for this money is unmatched. If you’re interested in checking out further information on the all-new collaboration, be sure to check out the official website.