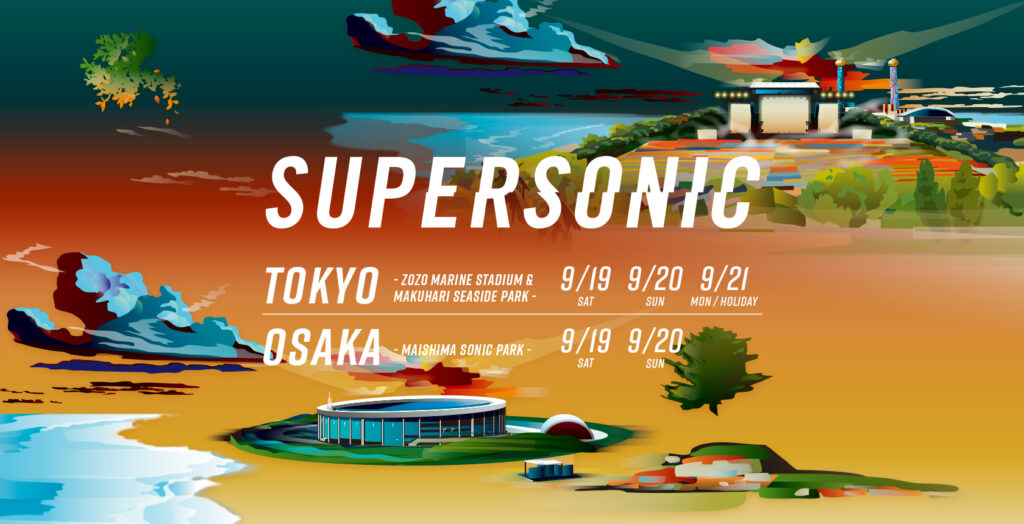 Year after year, summer in Japan is marked by music festivals—and none is hotter than SUMMER SONIC. Due to the outbreak of COVID-19, SUMMER SONIC 2020 was canceled—as the virus has had an unrelenting effect on all sectors of Japan’s music industry. With large gatherings starting to be allowed to resume in Japan, the organizers of SUMMER SONIC announced a replacement for the popular summer festival called SUPERSONIC.

The newly-imagined venture by CREATIVEMAN and SUMMER SONIC will look a whole lot like a regular SUMMER SONIC festival—with equally killer line-ups. SUMMER SONIC 2019 featured an absolutely stacked lineup of huge artists from Japan and overseas. Headlining performers included B’z, THE 1975, [Alexandros], RED HOT CHILI PEPPERS, RADWIMPS, BABY METAL, MAN WITH A MISSION, MACHINE GUN KELLY, THE CHAINSMOKERS, and BLACKPINK. And SUPERSONIC promises not to disappoint. Each day of this year’s festival gets (arguably) better than the last. 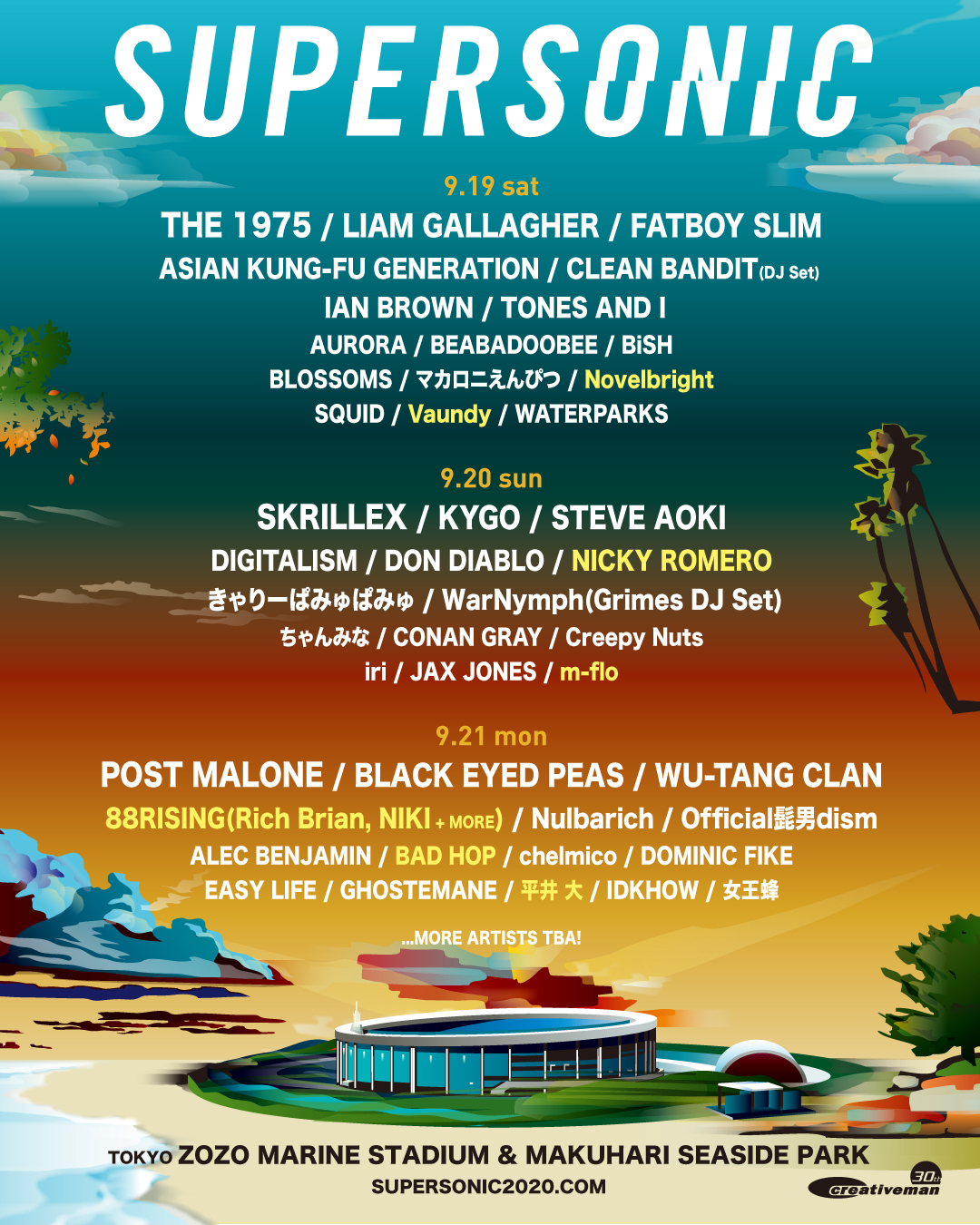 SUPERSONIC 2020 will be held as a three-day festival in Tokyo with a simultaneous 2-day festival occurring in Osaka. The line-up covers an eclectic mix of genres with Japanese talent performing alongside major international artists. As with the SUMMER SONIC festivals, the artists are announced in waves—and the third wave of SUPERSONIC artists is pretty spectacular. 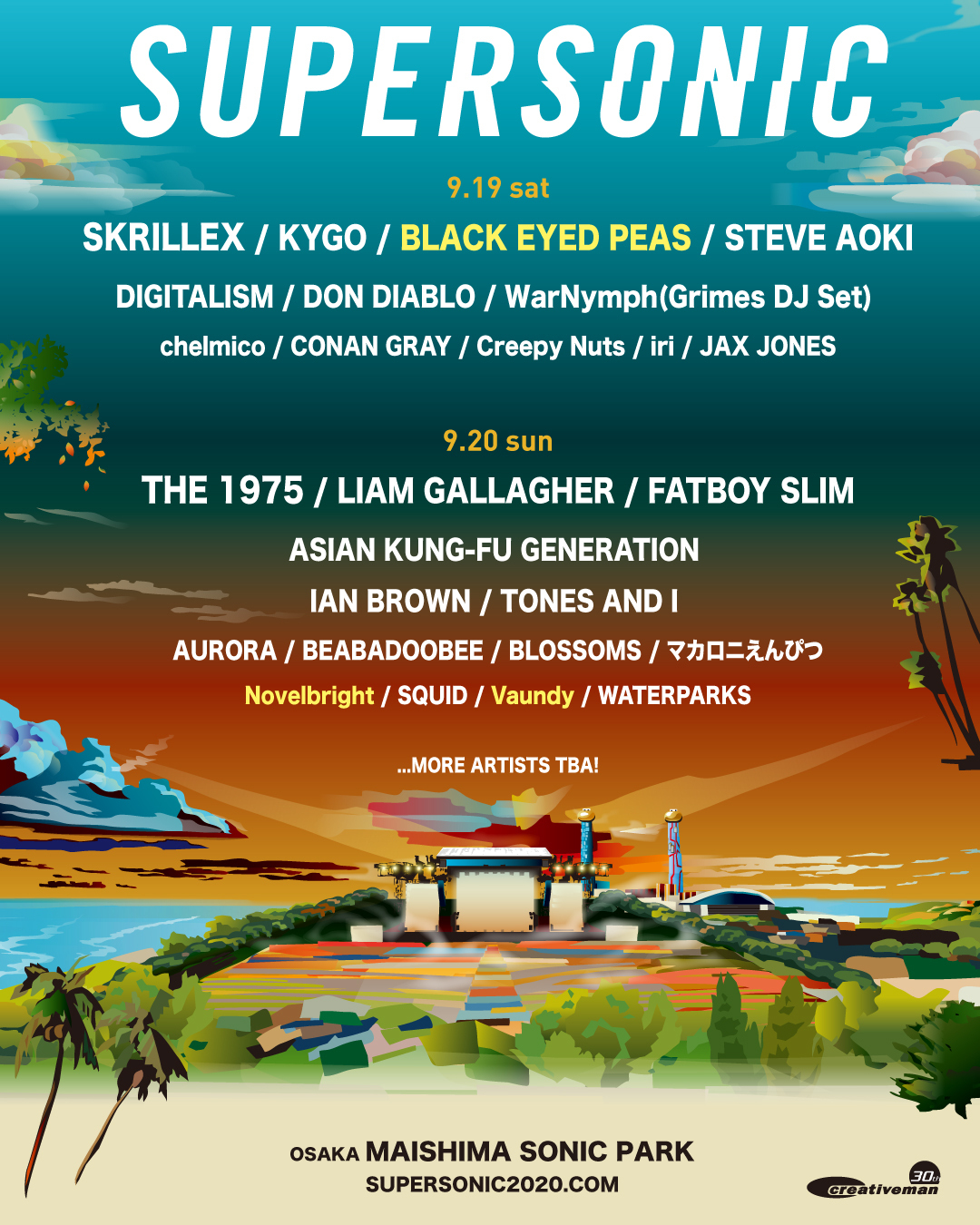