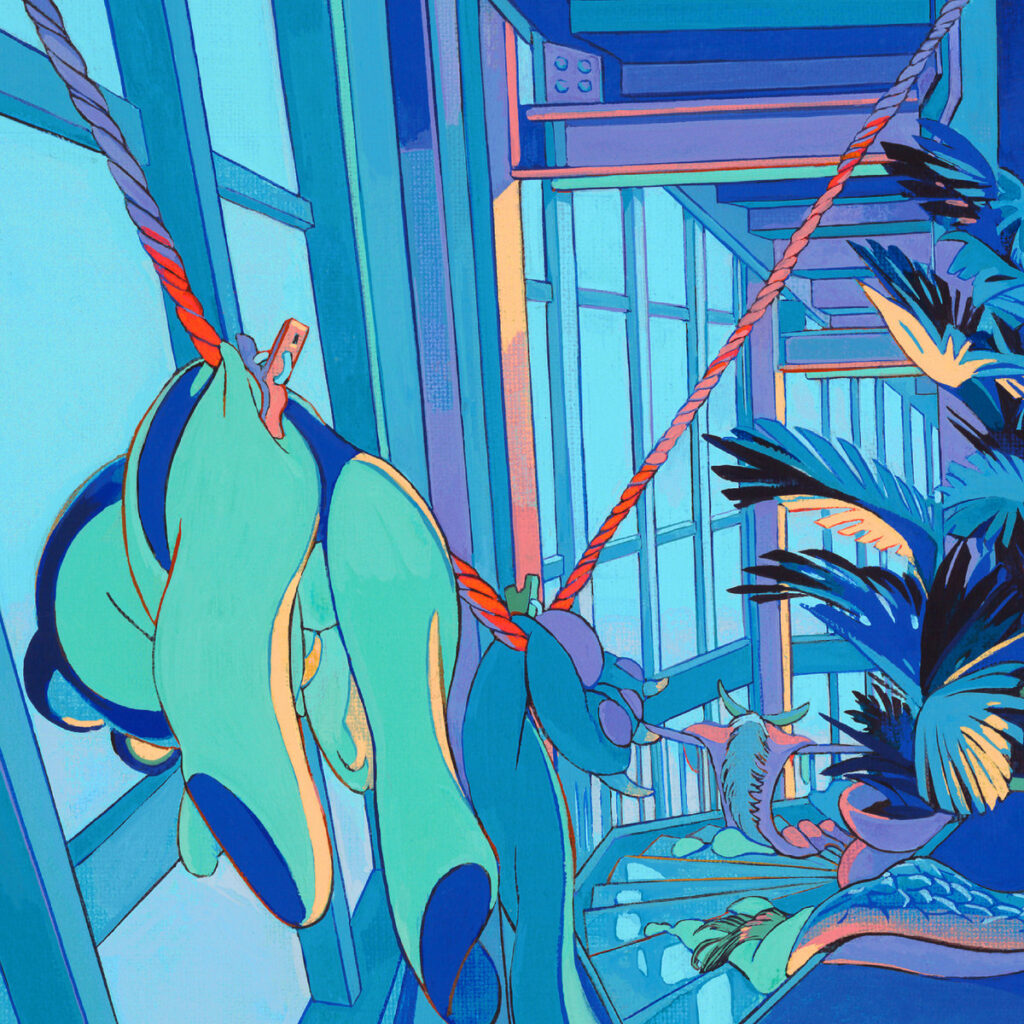 Bandcamp’s decision to waive their revenue shares on the first Friday of every month (meaning creators get all of the sales from their offerings on the platform over a 24-hour period) started back in March, when the COVID-19 outbreak morphed into a pandemic and disrupted every level of the music industry. This campaign has helped artists during the ongoing global crisis, which carries on and seems set to be part of life for the foreseeable future. So far, millions of dollars have been delivered to creators because of these days, a move that received ample praise from the media and consumers.

Ahead of the 6 December installment of this campaign, OTAQUEST wanted to highlight some recent Bandcamp releases from Japan over the last month worth supporting. After a while where numbers were relatively low, new cases spiked over the last month, resulting in some of the biggest single-day numbers the country has seen all year (though compared to other parts of the world… still pretty low all things considered). It has reached a point where the government has warned that, if the situation continues to worsen over the next few weeks, another state of emergency could be declared. Time will tell if that actually happens (the economic blow of such a move could be disastrous) but as winter approaches, it is very possible the situation will continue to become a challenge.

The music industry, which was slowly reopening over the last few months, now finds itself on the proverbial ledge once again. The government has already requested that certain venues close by 10 p.m. as a result of this spike, and it isn’t hard to see similar requests being made to clubs and live houses in the near future. Considering how a similar move in the first half of the year hurt artists across the year, this could make it extra tough on creators as 2020 comes to an end. Whatever happens, it is still always good to help out artists in Japan (and everywhere, really!) through campaigns like this.

Japanese synth-pop artist Cuushe’s newest album comes five years after her Night Lines EP, but with much more happening in the life of the creator otherwise known as Mayuko Hitotsuyanagi. She was stalked and abused by another electronic artist in Japan, and the incident made her lose the desire to make music for a long time. Rather, she faced the world around her and learned about feminism, joining rallies that were emerging in Tokyo in the wake of the global #MeToo movement. In the process, she learned to engage directly with her surroundings, and this new mindset defines her return full-length album WAKEN. Here, she reshapes her dream pop sound into something immediate, embracing U.K. garage and other club genres on driving numbers such as ‘Emergence’ and ‘Drip,’ while turning those styles inwards on the emotionally shaken centerpiece ‘Not To Blame.’ The dreamy beauty of her sound remains, but Cuushe snaps it to reality to find a new way forward. Get it here.

CHAI — Donuts Mind If I Do

Rockers CHAI make their Sub Pop debut with a two-song release, featuring one of their most charming songs to date in the form of the title track, an ode to… donuts. That’s totally in line for the quartet, and finds them playing to one of their emotional strengths. The b-side? A cover of Mariya Takeuchi’s ‘Plastic Love,’ and their go on the city pop classic is one of the best takes to emerge in the YouTube era. Get it here.

If the name Stones Taro looks familiar after checking in on these lists month to month, that’s because few dance producers in Japan have had as strong a single year as the Kyoto-based creator. Their latest release, on the emerging Highball Records label, highlights the balance they strike between the euphoric and the wonky. Get it here.

Pretty bad year, huh? Well, Japanese dance maker Wata Igarashi can help lift the mood up a little bit before we all bust out the 2021 calendars with this two-track offering, which features some energetic cuts to close out the year. Get it here.

The Kyoto artist formerly known as Madegg has been one of the best electronic creators over the past ten years. Operating under his birth name, Emboss Star highlights his tightrope act between jaunty dance music and more experimental passages making use of vocal samples. The highlight, though, goes to the team up with fellow Kansai creators Dove and Le Makeup. Get it here.

Shapeshifting electronic artist Serph returns with their seventh album, which mixes ennui-dripped string and piano melodies alongside skittering digital percussion. Get it here.

This release brings New York City artist Laenz together with Tokyo’s T5UMUT5UMU, the prior’s airy vocals making for a good match to the latter’s club-centric beats. It’s a combination that makes for tension-filled music that always finds space for beauty to come through. Get it here.

The Trekkie Trax crew draws from the industrial and transportation realm with this set, which finds artists in their orbit using samples to create clattering and forceful tracks. Get it here.

Now, time to step into another world. Tokyo-based creator Metoronori shines at crafting her own alternate-world pop, where every sonic element bends in its own way and can sometimes feel on the verge of collapse, but always holds together to create something intoxicating. Her latest full-length is another stellar example of what makes her one of the country’s finest experimental pop players. Get it here.

Check all our Bandcamp roundups here