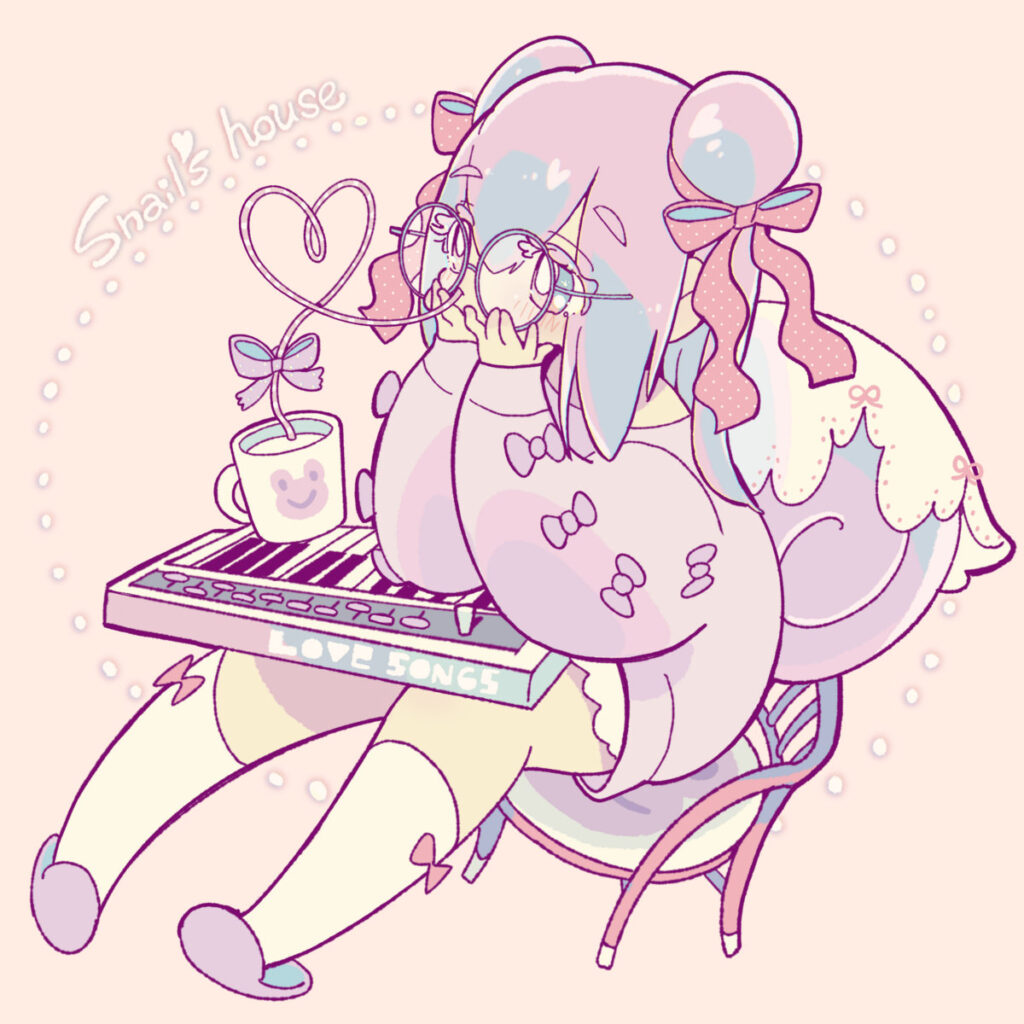 Bandcamp’s decision to waive their revenue shares on the first Friday of every month (meaning creators get all of the sales from their offerings on the platform over a day-long period) started one year ago, when COVID-19 went from an outbreak to a pandemic and disrupted every level of society, including the music industry. This campaign has helped artists during the ongoing global crisis, which carries on 12 months later. So far, millions of dollars have been delivered to creators because of these days, and has received ample praise from the media and consumers.

With the March 2021 installment of this campaign (and the one-year anniversary of it creeping closer too) OTAQUEST continues to highlight recent Bandcamp releases from Japan over the last month worth supporting. We’ve reached the point in the pandemic where we can look back on our own personal memories of when this situation truly turned dire (for me, it has been a year since the last live show I’ve seen, an event doubling as the first time I felt truly unnerved by the global health situation) and still not see a clear finish line to this. Though it is starting to come into focus, as vaccines are rolled out around the world, including in Japan, which began in mid-February for frontline medical workers.

While the music industry in Japan has taken steps towards something resembling a crude normalcy, plenty remains in flux. Live shows and club events are still always a government declaration away from being postponed or canceled outright. The situation has improved, with overall case numbers down, but that same confidence can quickly turn to a potentially dangerous comfort. All to say — still good to support musicians as they navigate a rapidly changing situation. Thankfully, many are still putting out top-notch music, so you are also getting some top-notch music in the process.

Tokyo electronic artist Snail’s House dials back the giddy energy usually present in his work in favor of something a smidgen more sweet. While released around Valentine’s Day, love songs gets emotions swelling at any time of the year, featuring slightly more understated numbers dappled with romantic details (kissing samples) alongside bossa-nova-tinged steppers like highlight ‘Chocolate Island.’ Get it here.

Tokyo party windjammer gathers together event regulars for a comp of high-energy dance tunes often anchored by swelling vocals. If you like your floor-fillers to have a slight dramatic edge to them and big swooping energy, this is the digital get-together for you. Plus, think of it as a way of pretending you are spending a night out in downtown Tokyo. Get it here.

There’s an emerging community of producers in Japan taking cues from African electronic music, in particularly the sounds of South African gqom. Here’s one of the year’s best examples of this cultural mish mash, featuring a Japanese take on the sound that remains reverent to where it originated from. Get it here.

Two young, scrappy outfits taking cues from turn-of-the-century emo deliver a set of six songs begging for a crowd of people to shout along to the hooks and pump their fists in the air. This is also a good gateway into an emerging new generation of rock in the nation’s capital, condensed into a brief blast of youthful rock. Get it here.

Sparse and just a little scuzzy, Nana Yamato (formerly recording as ANNA) delivers an early 2021 highlight capturing her fuzzy rock sound, which conceals a lot of attention to melodic detail resulting in what sounds like a lost classic rummaged out of a garage. Written during the height of COVID-19 last year, this one explores the relationship between the self and the metropolis, and has become one of the most critically acclaimed Japanese releases of the young year. Get it here.

Always great to check in with one of the more extreme metal-meets-darkwave-meets-idol outfits going in the world today. Doubles as a nice one-stop destination for newer fans, as many older staples get re-recorded alongside totally new chug-a-lugs. Whether you are a returning fanatic or someone just encountering this corner of the idol world for the first time, here is a solid starting point. Get it here.

One of the more interesting rapping songwriters emerging out of Japan right now, macro marets is also one of the more prolific, having released another full-length about six months ago. Guess this pace suits him well, as this builds on his laid-back delivery and slight funk touches to deliver an afternoon jaunt of a full-length. Features an appearance from current behind-the-boards it guy Shin Sakiura too, making it a good snapshot of trends emerging in both the indie and major spaces. Get it here.

PEKOS — I Promised Myself Will Never Go Outside…

This album originally came out on Twitter, in a series of tweets in length from just over two minutes to just under 10 seconds. That was a fitting platform for this blast of noise rock, but now you can enjoy this sonic broadside as much as you’d like away from social media. This duo channel some of the finest Japanese noise artists of all time across this brisk but brutal album. Get it here.