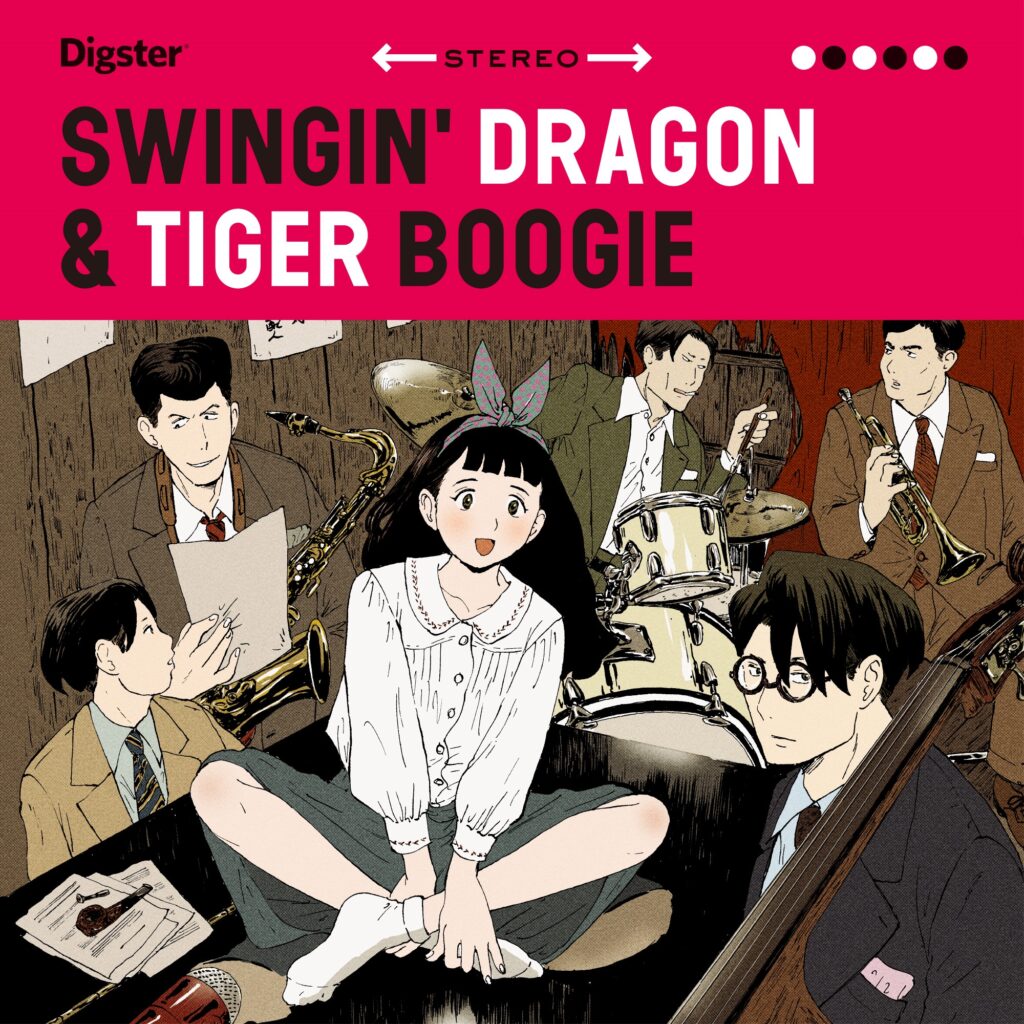 Choosing your background music whenever you read manga can be a stressful thing. After all, the tracks have to set the right mood, otherwise you’ll be taken out of the experience. But, then again, they also can’t be too engaging, lest you lose focus on the book. Luckily, one of Kodansha’s latest Weekly Morning series has done the work for us, as Koukou Haida’s Swingin’ Dragon & Tiger Boogie revealed its official playlist on August 23.

Streaming via Spotify and Apple Music, Swingin’ Dragon & Tiger Boogie’s official playlist collects some of the best and most popular songs from the post-war period, as well as those songs that appear in the jazz series. Just one cursory look at the artists featured should clue you in to the series’ jazzy temperament, as well as the pedigree of music that appears in it: such legends as Ella Fitzgerald, Louis Armstrong, and Billie Holiday surely aren’t included lightly. 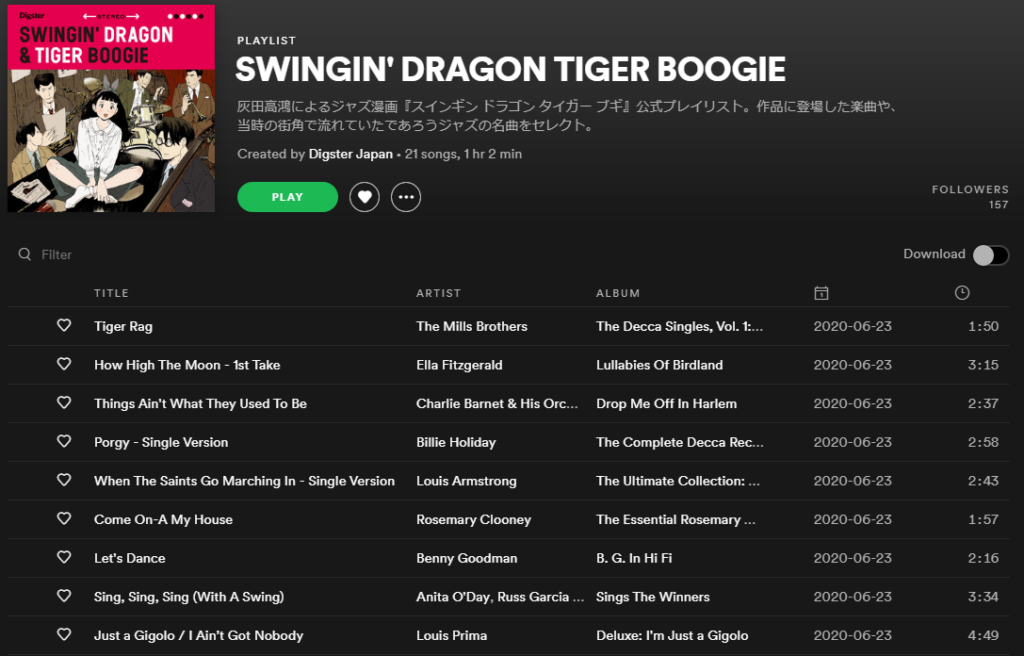 I’ll be the first to admit that I am predisposed to liking anything to do with jazz or the immediate post-war period. Part of the reason why I love Kids on the Slope so much is the fact that it combines both of these things, as well as the wonderful characters. In this sense, if Swingin’ Dragon & Tiger Boogie’s official playlist is a true reflection of what the series is about, then consider me sold.

It is also a thoughtful move to put together an official playlist for the benefit of the reader. Not only can choosing the right background music be a stressful experience, it also serves as a perfect jumping-off point for anyone who ends up interested in jazz or 1950s music in general thanks to Koukou Haida’s series. Considering that I got into jazz through such shows as Cowboy Bebop, I’d consider that to be a worthy endeavour.

Swingin’ Dragon & Tiger Boogie follows the story of Tora, a young girl who comes to Tokyo from Fukui prefecture in search of her sister’s spouse. One day, she is discovered by two jazz musicians, who fall in love with her singing voice and invite her to join them. The series is running in Kodansha’s Weekly Morning and has recently released its first collected volume.