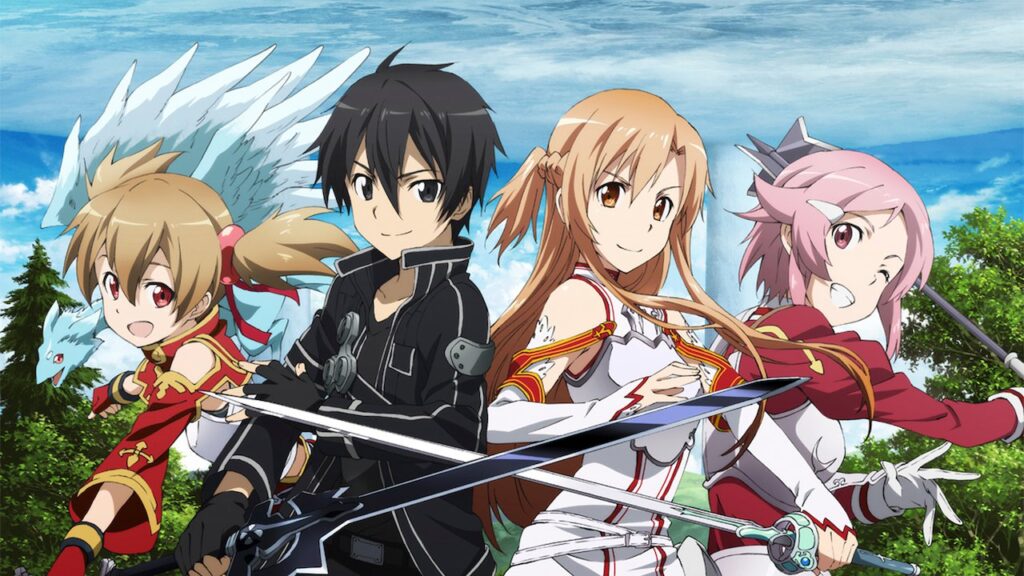 Sword Art Online is part of a small genre of virtual reality-based anime series. In many such series, VR acts essentially the same as an isekai. The main characters are transported to another world, and they have RPG-style adventures.

However, Sword Art Online belongs to an even smaller subgenre: Characters are trapped in the virtual world. The world itself, or its creator, is an antagonist. It’s an idea that anime creators have been playing with since at least .hack//SIGN in 2002.

Before you leap into the world of Sword Art Online, here’s a primer to help guide you: 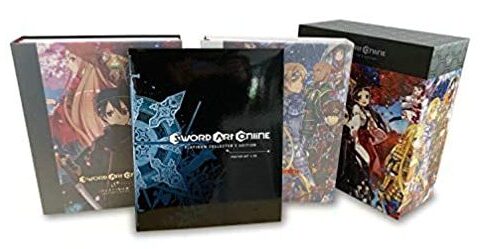 Sword Art Online started with a series of light novels by Reki Kawahara. The novels were self-published from 2002 to 2008. In 2009, Dengeki Bunko (a brand for ASCII Media Works) started publishing the series. The 25th novel in the main series was released in December 2020.

The first SAO anime series began in 2012 and ran for 25 episodes. It was followed by the Sword Art Online: Extra Edition TV film in 2013. A second season, titled Sword Art Online II, ran for 24 episodes in 2014. 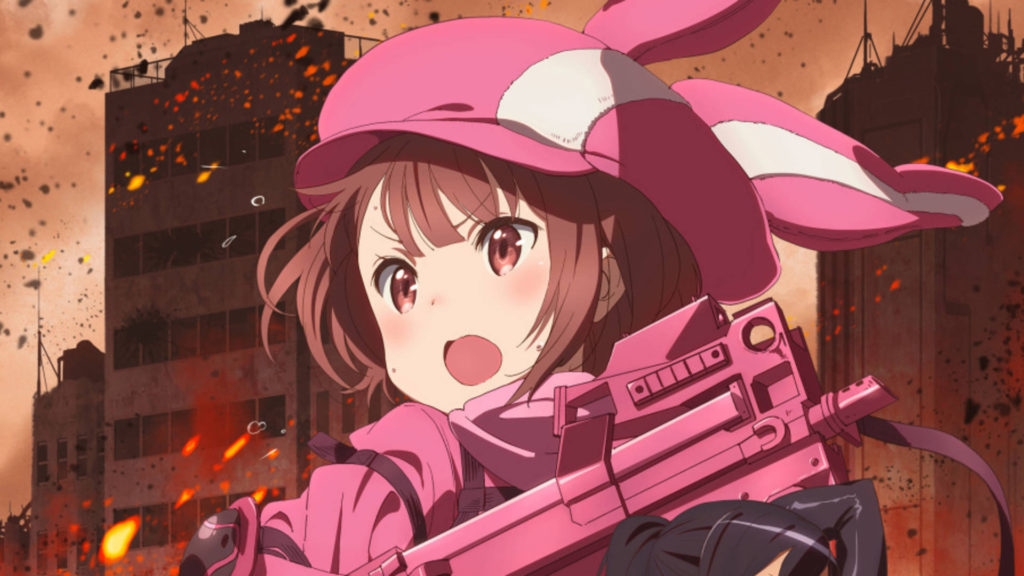 There have also been two movies. SAO The Movie: Ordinal Scale came out in 2017; and Sword Art Online Progressive: Aria of a Starless Night will come out in 2021.

Incidentally, reality is slowly catching up to the fictional SAO game’s official startup date of 6 November 2022. 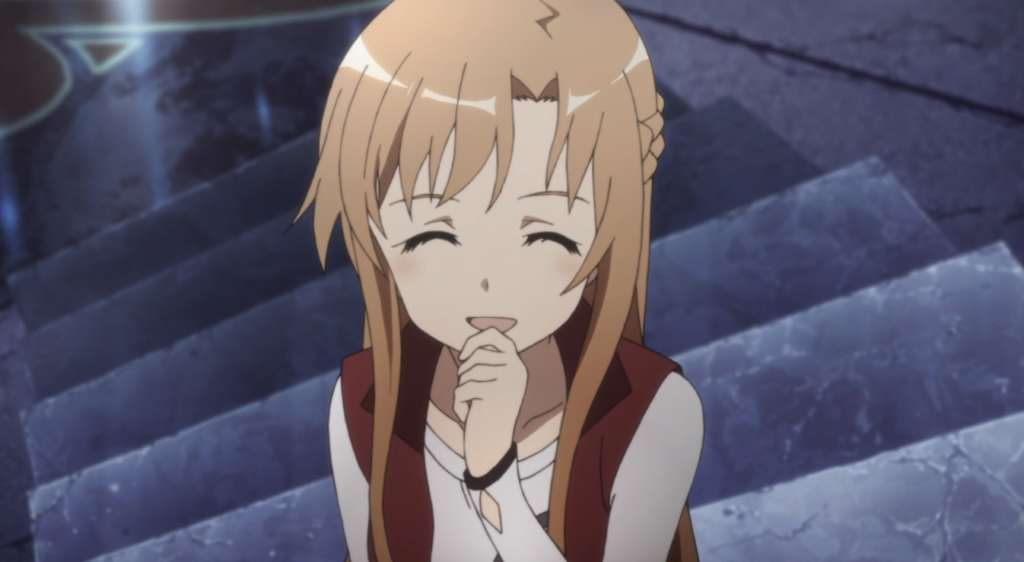 Aincrad Arc: The series begins with 10,000 Sword Art Online players trapped by the megalomaniacal creator of the game, Kayaba Akihiko. Kayaba says that all 100 floors of Aincrad must be cleared in order to escape.

Our protagonist, Kazuto ‘Kirito’ Kirigaya, was a beta tester, so he understands the game. He initially decides to go it alone. However, he soon partners with a girl named Asuna. Over the course of the arc, these two will team up, become friends, and eventually enter a relationship that will lead to an online marriage.

Kirito joins the Knights of the Blood Oath, led by Heathcliff. Kirito figures out that Heathcliff is Kayaba, the 100th level boss. Kirito defeats Heathcliff/ Kayaba in a duel, which clears the game. 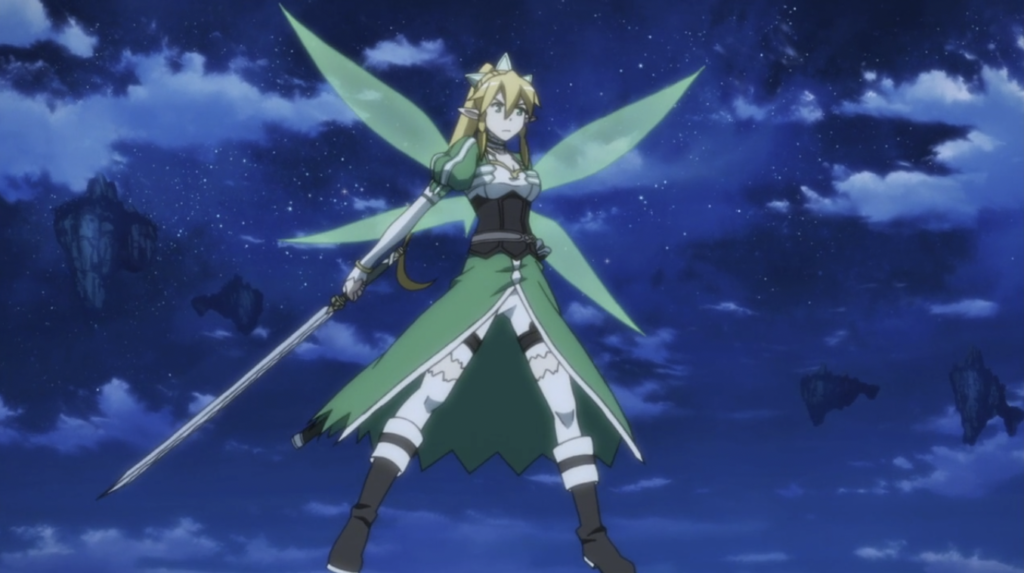 Fairy Dance Arc: Although Kirito/ Kazuto was released from the game, Asuna is still trapped online, along with others. Asuna ended up in ALfheim Online, a fairy-themed game copied from SAO.

Kazuto enters ALO as Spriggan. He joins Leafa (his adoptive sister Suguha). Asuna is held captive by Oberon the Fairy King. Leafa/ Suguha falls in love with Kirito/ Kazuto. Kirito confronts Oberon at the top of the World Tree. Kirito fights Oberon. After Oberon is defeated, Asuna is finally able to log out.

Extra Edition: Recaps the first season. Seijiro Kikuoka, a government official (maybe) with an interest in SAO and ALO, is introduced.

Kirito enters the game, and signs up for a tournament. The sniper Sinon (Shino Asada) is introduced. Kirito meets Death Gun and recognizes him from SAO.

Death Gun is revealed to be two murderers: one in the game, and one in real life. Shino and Kirito stop the killers. 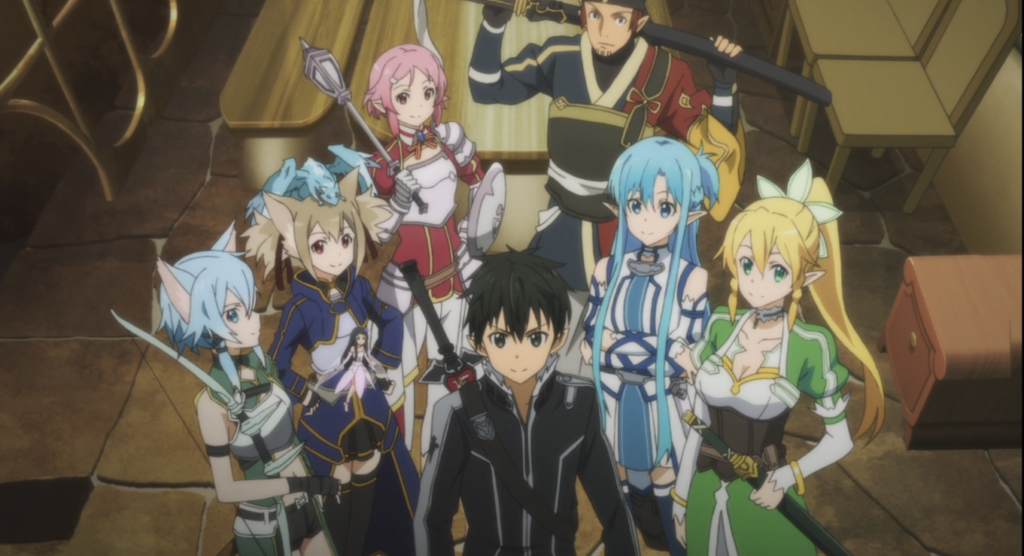 Calibur: Leafa learns about the Holy Sword Excalibur in ALO. A group of players, including Kirito, Leafa, Asuna and Sinon, go on a quest to find Excalibur, and prevent Ragnarok.

Mother’s Rosario: Floors 21 through 30 have been unlocked on New Aincrad. Asuna’s mother disapproves of Kazuto.

Asuna fights Zekken (Yuuki Konno). Yuuki wants Asuna’s help in defeating the 27th floor boss. In real life, Yuuki has AIDS. Everyone on her team is in terminal care. 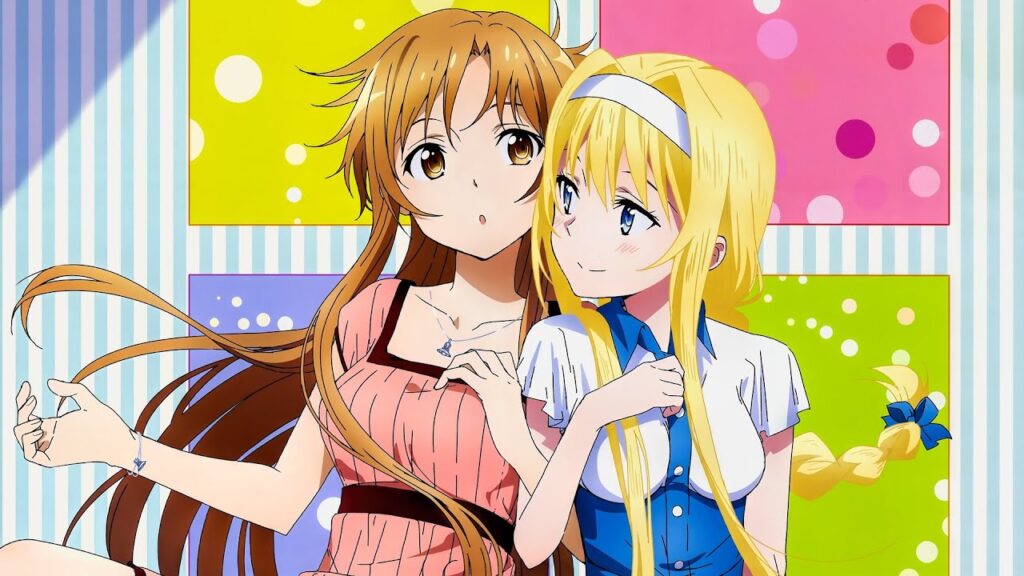 Alicization Beginning: Kirito, Eugeo, and Alice get lost as children. The Integrity Knights sentence Alice to be executed.

Kirito returns to the real world, where he is testing the Soul Translator for Rath. The device can teleport people into the Underworld. After Kirito and Asuna are attacked, Kirito finds himself back in the Underworld with Eugeo.

In the real world, Kirito is unconscious. Kikuoka takes Kirito to the Ocean Turtle, Rath’s offshore research facility. The Underworld is part of an artificial intelligence experiment, called ‘Project Alicization.’

Kirito and Eugeo become Elite Swordsmen. Alice is synthesized into an Integrity Knight, but she doesn’t recognize Kirito or Eugeo.

The Cardinal of the Great Library helps Kirito and Eugeo. She got her power from the Administrator, Quinella, and now needs to defeat her.

Alicization Rising: Kirito and Eugeo are confronted by the vice-commander of the Integrity Knights, Fanatio.

Kirito defeats Fanatio, and the two heroes head to the 80th floor. They confront Alice, who agrees to go with them to the 95th floor. Kirito tries to explain everything to her. Quinella manipulates Eugeo into becoming an Integrity Knight.

Alicization Uniting: Kirito and Eugeo fight. Eugeo breaks free of his manipulation. The prime senator summons the Genie, a fire elemental. Kirito defeats Chudelkin. The Administrator plans to attack the Dark Territory with sword golems made from humans.

The Cardinal proposes to trade Kirito, Alice, and Eugeo for her own life. Eugeo takes the form of a sword, and attacks Administrator Quinella.

Eugeo dies. Kirito fights Quinella. The Administrator plans to leave the Underworld. But Chudelkin and Quinella are killed by fire elementals.

Kirito is able to communicate with the outside world. The research facility is under attack. 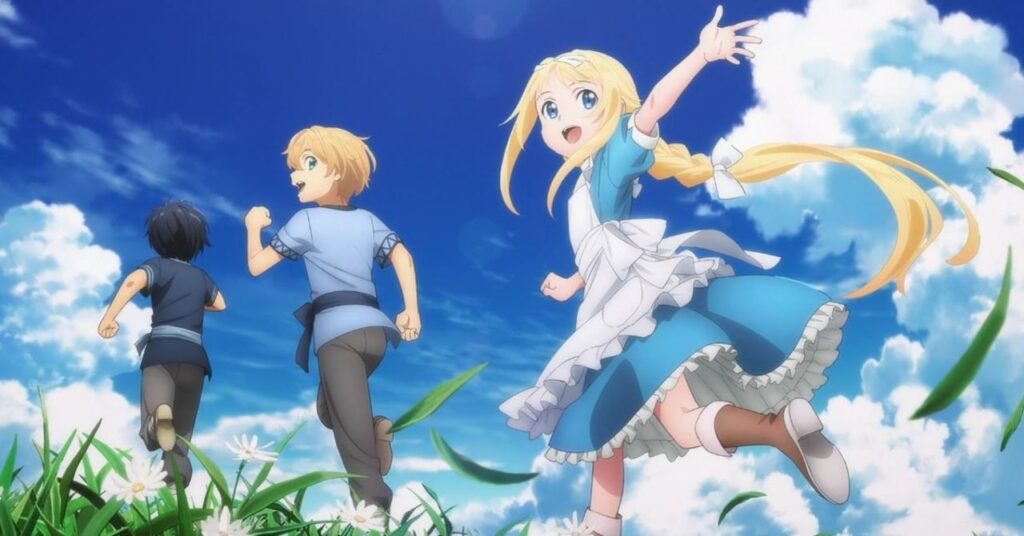 Alicization Invading: Kirito is catatonic. Alice cares for him. The Integrity Knights train for an invasion from the Dark Territory. Goblins and orcs attack. In the real world, Gabriel Miller leads a Glowgen Defense Systems attack on the Ocean Turtle. Gabriel logs onto the Underworld as Dark Emperor Vector; along with his lieutenant Vassago. Asuna also logs on to escort Alice out. The barrier between the Dark Territory and the Human Empire will soon fall.

Alicization Awakening: American gamers are tricked into slaughtering people in the Underworld. Japanese players fight back. Sinon logs on as Solus the Sun Goddess, while Leafa shows up as Terraria the Earth Goddess. Vector/ Miller is defeated, but returns with a new character.

In the real world, Yanai is revealed as a traitor who wants Kirito to die. Soul Translator inventor Higa wants to use Asuna, Sinon, and Leafa’s ‘Fluctlights’ (i.e. souls) to bring back Kirito.

Alicization Lasting: Asuna fights Vassago. Asuna, Sinon, and Leafa are not enough to bring back Kirito, but a fragment of Eugeo is the final piece. Kirito fights Vassago, and traps him inside the Underworld. Asuna and Kirito have to get to the World’s End Altar to escape. Kirito defeats Miller.

All of the players can log out, except for Kirito. Asuna stays behind. They spend 200 virtual, speeded-up years together in the Underworld.

Alice is introduced as an autonomous AI in an android body. Kazuto wakes up. There’s an epilogue featuring Kirito, Asuna, and Alice. 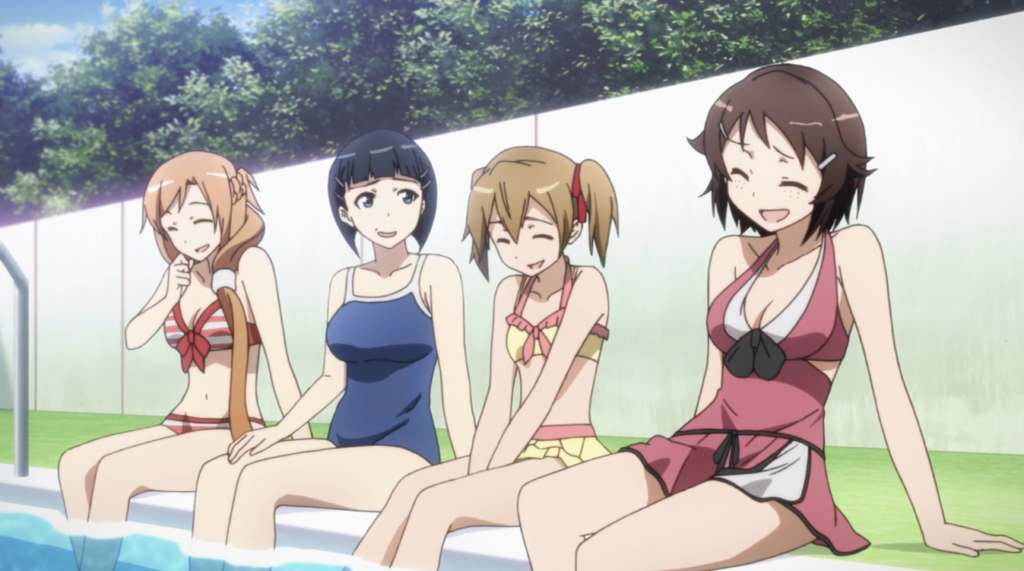 Sources say that there is no filler in Sword Art Online. Every episode is based upon the light novels.

However, there are recap episodes, labelled ‘.5.’ For example, 14.5 of SAO II; and 18.5, 24.5, and 36.5 of SAO: Alicization are recap episodes. Extra Edition is probably the only filler. It contains content not in the novels, and recap stuff.