‘Sword Art Online’ Teams Up with the Japanese Chamber of Commerce 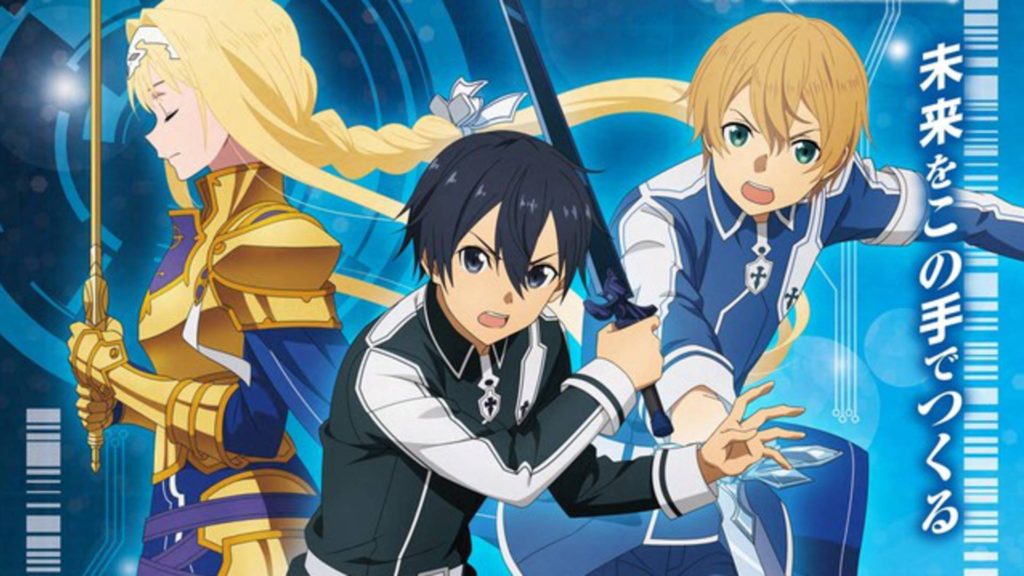 It’s not just in the virtual world where Kirito and his friends have power – that’s clearly something that the Japan Chamber of Commerce and Industry believe, as they announced their new “collaboration” with the Sword Art Online series today.

While I’m sure Reki Kawahara’s Sword Art Online series needs no introduction, the Japan Chamber of Commerce and Industry is an organization that groups local and independent businesses together into one body that is focused on developing efficient production methods through innovation in business practices. As of March 2015, they boast around 1.5 million members with over 500 local bodies – making them a very powerful organization and an equally powerful player in the formation of the Japanese government’s economic policy.

Therefore, it’s quite a big deal that the organization has decided to team up with SAO, of all franchises. In order to promote their new programming certification test, the JCCI are sharing a new image of Kirito, Eugeo, and Alice from the currently airing Alicization series with the bold tagline of “Programming is a holy skill of the future!” – referencing the fact that spells in the world of Alicization are called ‘holy skills.’ Given that computer literacy in Japan is particularly bad – due to many historical reasons, including the late adoption of kanji into DOS – it’s not such a bad idea that the JCCI have decided to team up with SAO. After all, the show is all about future technology, and it has a considerable following among the teen demographic – and getting them to link learning programming with the fictional VR gaming technology in the show might not be such a giant leap.

This also ties into the JCCI’s focus on innovation, and if you’ve ever set foot inside a Japanese company, you’ll probably understand why business practices need to be shook up a bit. Fax machines are still used, for crying out loud. Here’s hoping that the power of Kirito can help the JCCI in its quest, even just a little bit.