Symphogear Is An Unparalleled Watch All The Way To XV 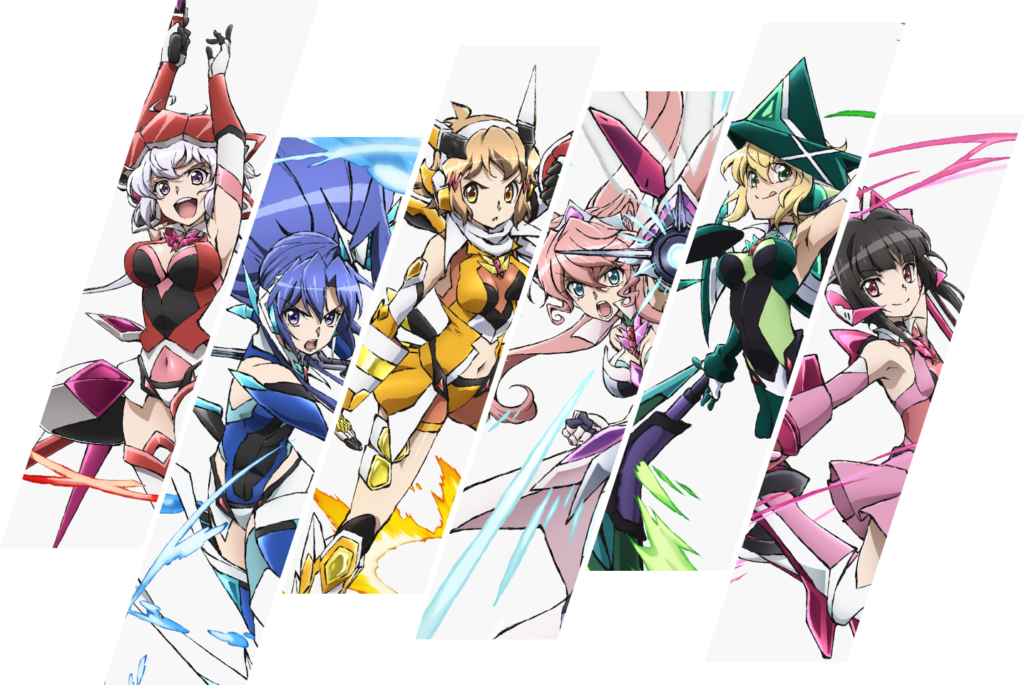 In a world where the magical girl genre ranges from both fun cuddly children’s shows with pink hearts and themes of friendship to the polar opposite deconstruction of the genre with vicious murders and cosmic horrors, there isn’t much that stands between.

Senki Zesshou Symphogear (commonly shortened to Symphogear) is one of the few that does, along with a sprinkling of idol singing. The series follows a group of girls who are capable of using ancient relics along with the “Symphogear” system whenever they sing and defend the world from an alien race known as the Noise.

With songs that all sound really good, a mix of over-the-top action scenes complete with explosions and giant name cards for attacks, a plot that involves the illuminati, and voice actors occasionally screaming out with a range that puts Dragon Ball Z screaming to shame, Symphogear is a show that stumbles a bit with part of the first season but remains an unstoppable hype train for the rest of the entire series.

How I Discovered One of My Favorite Series

I first became aware of the series strictly from seeing a few memes about it. Magical girl shows weren’t really something I had thought about watching before and I kinda had just lumped them all in the same basket with perhaps Puella Magi Madoka Magica a little off to the side by itself.

But, I could not afford to ignore everyone’s comments about the magical girl show where apparently “the hype train goes off the rails”. I’d also heard there was kung-fu movie references and even gun-kata, so realistically I needed to watch it.

The show definitely left a positive impression on me early on. I was surprised at how well it balanced light and comedic moments with heart-wrenching character development. Most of all I was surprised by how much fun I was having. There was a lot of the show that felt like it was hitting every checkbox for the genre, but it also had a wonderful grip over its own identity.

I can’t deny that the first season has its moments where it drags though. It does reach a bit of a slowdown in the second half as it builds up the plot and its characters. But before the end of the first season, the show finds its footing and continues to rise in hype and enjoyment.

And even then when I look back, the slow-down is important. While later seasons have a more enjoyable balance between the character development and the literally explosive action, it’s most important in the first season. If you consider all the world-building then it’s even easier to see why the show takes a moment to catch its breath before it pushes forward on all cylinders.

Aside from that small hiccup in the first season, the series really does improve over time. The action is relentless, the music keeps getting better, and the wonderful characters continue to grow throughout (development is thankfully not limited to just Hibiki, Tsubasa, and Chris).

I could go on and on about how much I love the series but I’m going to try to keep it short. I’m also going to provide a list of the main characters in case people are interested in knowing what to expect, as well as the option you have to watch the entire series.

How to Experience The Series

If you’re interested in checking the show out, there’s only one place to stream it. Thankfully, it’s easily accessible and free too! The entire 5-season series (titled Symphogear, Symphogear G, Symphogear GX, Symphogear AXZ, and Symphogear XV) is available on Crunchyroll.

Another popular branch of the series is the free to play mobile game, Symphogear XD Unlimited. Or, at least it’s popular in Japan. It likely didn’t prove popular enough outside of Japan since the Global Version will, unfortunately, be shutting down on July 31, 2020.

Characters That Fight Against The Odds

Hibiki Tachibana – One of the main protagonists of the series, who uses the relic Gungnir. She’s introduced as a happy schoolgirl who underwent a traumatic experience a couple of years earlier.

This event is revealed to have been the last Zwei Wing concert in which she is almost killed in a battle between Kanade Amou and the Noise. A fragment of Kanade’s Gungnir is left in her body and activated by her in the first episode of the series.

Kanade Amou – One half of the famous music duo that was known as Zwei Wing along with Tsubasa Kazanari. She loved to sing and especially loved working with Tsubasa to fight the Noise with her Gungnir relic.

When the Noise attacked during one of their concerts, she gave her life to save Hibiki. A fragment of her armor was launched into Hibiki’s body, which allowed the latter to use Gungnir two years later.

Tsubasa Kazanari – Another of the main protagonists, who is a solo pop-star and the surviving member of Zwei Wing. She uses the relic known as Ame no Habakiri. After the loss of Kanade, who was her best friend, she becomes colder and more distant with everyone.

She is initially very dismissive of Hibiki as the new user of Gungnir and refuses to work with her since she feels that Hibiki cannot compare to Kanade.

Chris Yukine – A girl with a tragic past who is groomed by a major antagonist. Even though she’s hot-headed and wary of everyone, she genuinely believes that her actions are to foster peace in the world. She becomes one of the main protagonists and uses the relic Ichaival in order to protect and save people.

Maria Cadenzavna Eve – A famous singer in America who debuts in the second season, Symphogear G. She initially appears as an antagonist and uses a different variant of the Gungnir Symphogear that Hibiki uses.

By the end of the season, she finds herself allying with the other protagonists and becomes a main protagonist for further seasons.

Kirika Akatsuki – The most upbeat of the antagonists introduced in Symphogear G and one of the youngest characters. She’s extremely protective of Shirabe and works alongside Maria.

Like the others, she switches sides and becomes a main protagonist for the rest of the series. The relic she uses is the Igalima.

Shirabe Tsukuyomi – A quiet girl who rounds out the trio of antagonists from Symphogear G who become main protagonists. She has strong negative feelings towards Hibiki exactly and clashes with her throughout when she’s an antagonist.

It’s revealed near the end of the season that she’s the reincarnation of a previous character. She uses the relic called Shul Shagana.

Miku Kohinata – The best friend of Hibiki and roommate in school. Although she wishes to support Hibiki, the latter’s reluctance to get her mixed up in the fight against the Noise causes a strain on their relationship. But when times are tough for Hibiki, Miku is always there for her friend.

Should You Wat-Yes, Yes You Should

This is a show where girls can ride missiles, suplex space shuttles, catch bullets with their mouths, and use attacks with names such as MEGA DETH PARTY (which isn’t even the most improved version of that attack). And they typically do all of the above while they’re singing catchy songs.

But it’s also a show where a major villain is killed with a one-inch punch in a surprisingly serene scene that’s both totally awesome and wonderfully optimistic for the characters.

To say there’s no other show like it sounds cliche, but it’s true. The Symphogear users shoot, slash, and punch their way through everything in their way, leaving nothing behind but explosions. No other magical girls shows meet this hype. To put it simply: the series is magical girl badassery and it absolutely deserves your attention.