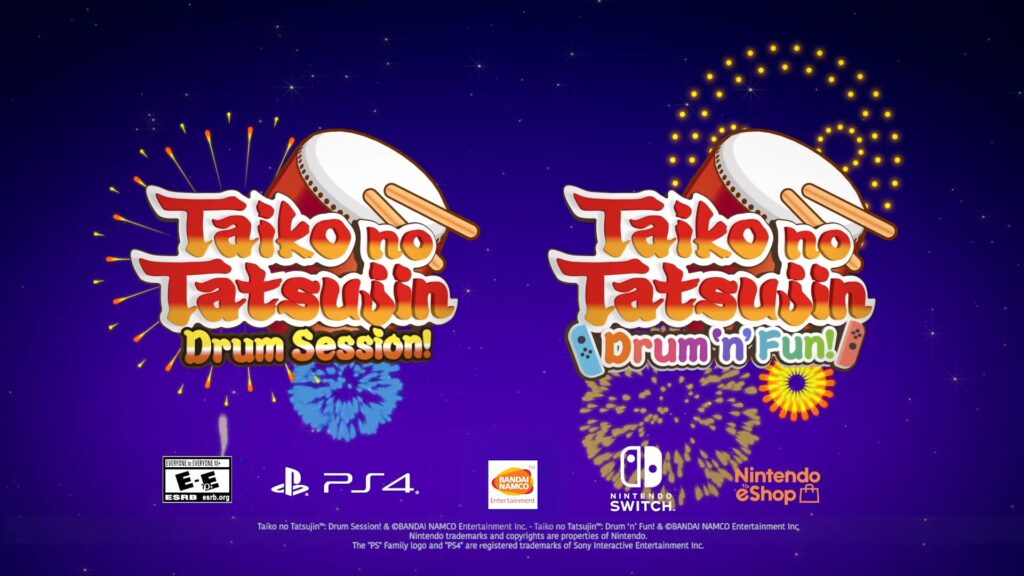 According to the Playstation Blog post, the game will feature songs from popular anime properties such as Neon Genesis Evangelion, Vocaloid producers, as well as Disney favorites from the movies Zootopia and Frozen. There are also a number of songs expected from popular Bandai Namco properties such as Tekken, the Tales series, and [email protected]

Each game has exclusive features, such as the PS4 version’s Ranked Mode, as well as the motion controls available in the Nintendo Switch version. There’s no official word on the official controller peripheral being released in the West, too, but we are reaching out to Bandai Namco for comment.

[Edit] We heard back from Bandai Namco, and as of now, there is no set plan to bring the drum controller to North America.

The game will have a physical release in America on both platforms as far as we know, but it will be digital-only in Europe as stated in the European PlayStation Blog.

[Edit] As information has trickled in from Bandai Namco, we now have confirmation that as of right now, neither Taiko no Tatsujin titles will receive physical editions for North America and Europe.