Taiko no Tatsujin: Drum ‘n’ Fun to Have Same Tracklist as Japan 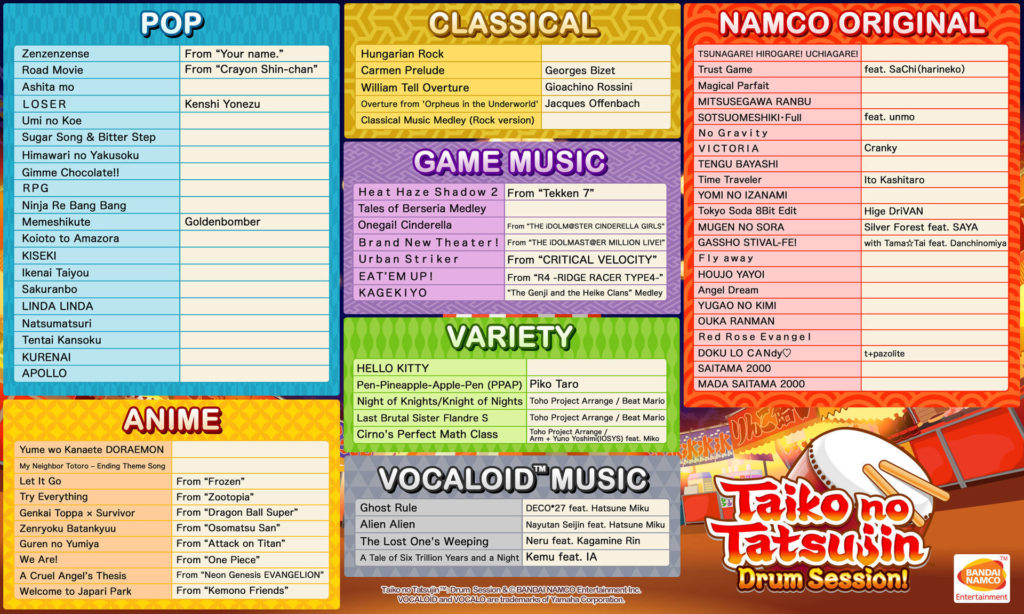 While discussions around the office have been heated regarding the status of Taiko no Tatsujin’s international tracklist since it was originally announced the game would be releasing in North America and Europe, it looks like we finally have an answer. Following an announcement from Bandai Namco Europe that the game would receive a physical release, in addition to a digital release, the game publisher shared the full international tracklist, and it’s looking pretty familiar — as a matter of a fact, it’s the exact same as the Japanese release. Officially confirmed via Bandai Namco Europe, both Taiko no Tatsujin: Drum ‘n’ Fun on Nintendo Switch and Taiko no Tatsujin: Drum Session! on PlayStation 4 will contain the entire Japanese tracklisting, untouched and unaltered. While previous international releases from the franchise were filled with tracks deemed “appropriate” for an international audience, it’s refreshing to see Bandai Namco embracing their roots and bringing a more legitimate experience to the West.

Taiko no Tatsujin: Drum ‘n’ Fun! Will be Available Digitally and Physically in Europe with Drum Set!

‘Taiko no Tatsujin’ Coming to PS4 and Switch in the West