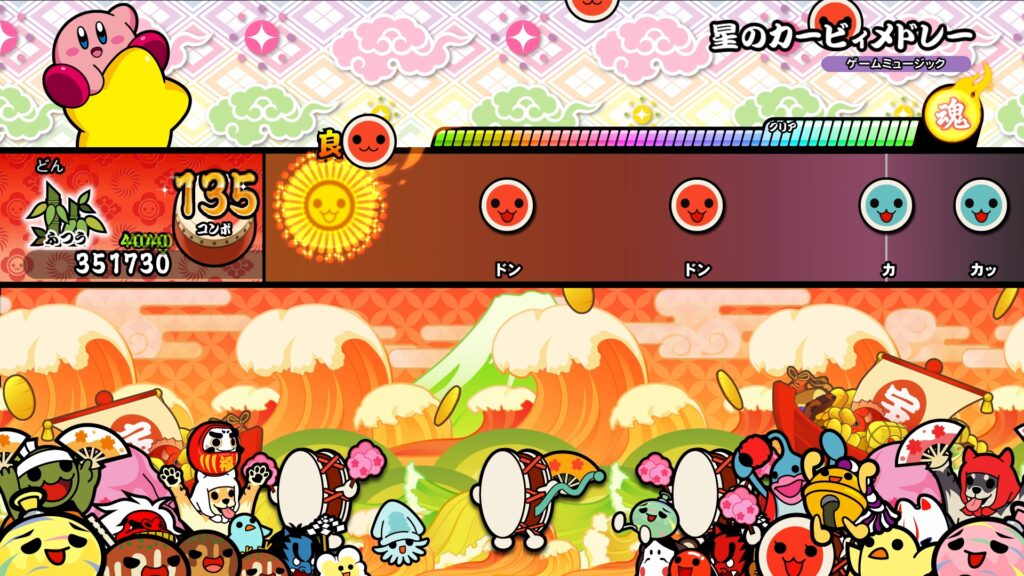 Taiko no Tatsujin: Nintendo Switch Version! was happily announced for Japan in a Nintendo Direct a few months back in March, and it is now getting an English text patch for the Asia version which was recently was recently announced. Aside from the latest details and playable characters, we’re excited. Via the Bandai Namco Entertainment Asia Facebook post, the game will be shipped with Japanese voice and only Japanese / Chinese / Korean  (traditional) text. The English text will be applied in a free patch day 1.

The English announcement trailer can be seen below!

Taiko no Tatsujin: Nintendo Switch Version! releases in Japan on the Nintendo Switch this July 19. The Southeast Asia version launches on August 9. While you wait to preorder this version, you can still preorder the drum controller via Play-Asia.com!