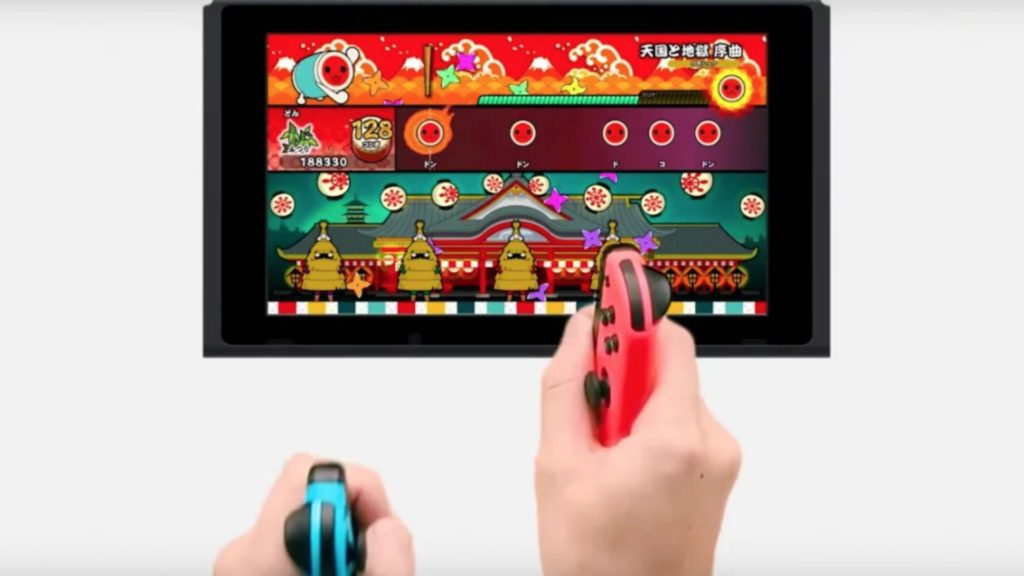 It took about 2 minutes 4 seconds, but there it was; the eventual announcement of a physical drum attachment for Taiko no Tatsujin Nintendo Switch Ver. in all its glory. Priced at an additional 7,000 yen on top of the base game, it comes in a little expensive but is undeniably an essential for the real gameplay experience. With that being said, however, there definitely were plenty of other things to be excited about in the trailer, including the incredible tracklist filled with recent additions to the arcade version and more.

From the Splatoon Theme, all the way to Pop Team Epic, everything from the arcade version is being crammed into one portable package on the Nintendo Switch. On top of this, there’s actually a number of ways to play outside of using the drum, which while very cool, it remains pretty obvious that the drum is the real way to play. It won’t be as hardcore as the arcade version of the game, as has been standard for most if not all of the Nintendo Taiko no Tatsujin releases, but I’m sure it’ll be jam-packed with memorable moments.

Set to release on July 19, 2018, and priced at 6,100 yen, I’m sure we’ll be seeing plenty more about the game leading up to its release. Those interested in checking out further information can head to the official website.