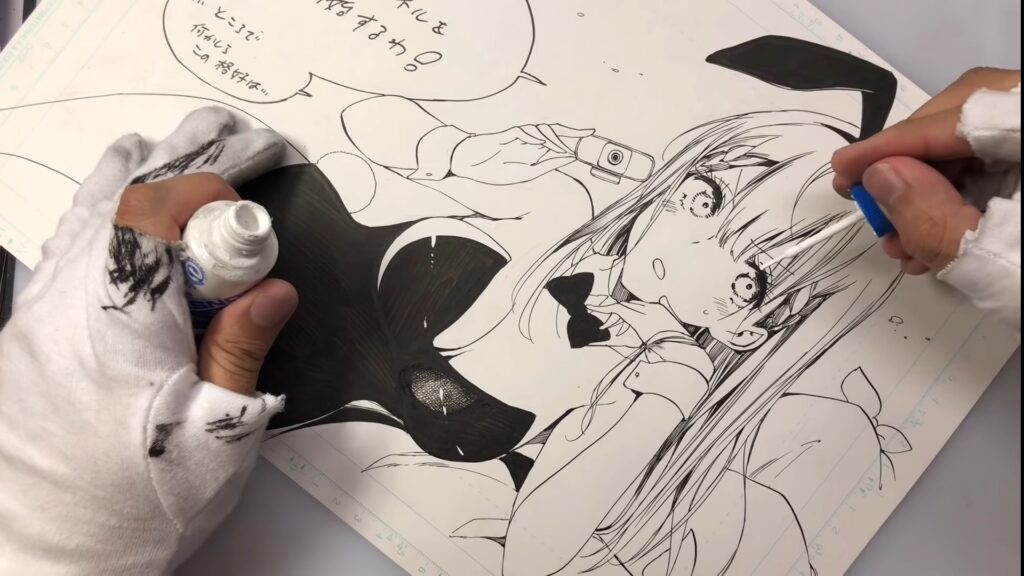 We Never Learn author Taishi Tsutsui has launched his own official YouTube channel, kicking things off with an excellent sketch of Mafuyu Kirisu from the series on August 25. This is not the first video on the channel – that accolade goes to an inking video of an advertisement for the series’ latest eighteenth volume – but the description for the Mafuyu video makes it clear that that last video was just a “test” and that this one should be considered as the “first” proper.

If you watch the fifteen minute-long video, you may be surprised to note just how much talent Taishi Tsutsui has as an artist. Slice-of-life series, it is true, tend to be quite cheap and cheerful, especially when they are contained to the yonkoma four-panel format. Yet, Tsutsui doesn’t skimp on quality – even for this sketch, which starts out gorgeous enough as pencil but gets even better when he starts to ink. And when he brought out the white-out? I screamed.

Perhaps it is no surprise that Taishi Tsuitsui has so much talent to show off on his YouTube channel when you consider that he has a fair amount of experience under his belt. Unlike some of the more rookie authors currently serialized in Weekly Shonen Jump, Tsutsui was active in the late 2000s and early 2010s with such series as Enigma and Fukashigi Philia. In many ways, We Never Learn is his senior piece.

Tsutsui isn’t alone, either. Many other manga creators have taken to YouTube as of late to show off their artistic prowess, meaning that the official Taishi Tsutsui YouTube channel fits right in right next to the likes of School Rumble’s Jin Kobayashi and Dr. STONE’s BOICHI. In Tsutsui’s case, however, he may or may not be thinking about what he might do after We Never Learn comes to an end: based on current estimates, the author will have exhausted all possible “routes” by the end of the year.

Whatever the reasons may be, there’s reason enough to thank Taishi Tsutsui for launching his own YouTube channel. Not only do we get to see his artistic process, we also get a way to continue to support him once We Never Learn comes to an end. Get your superchats ready!