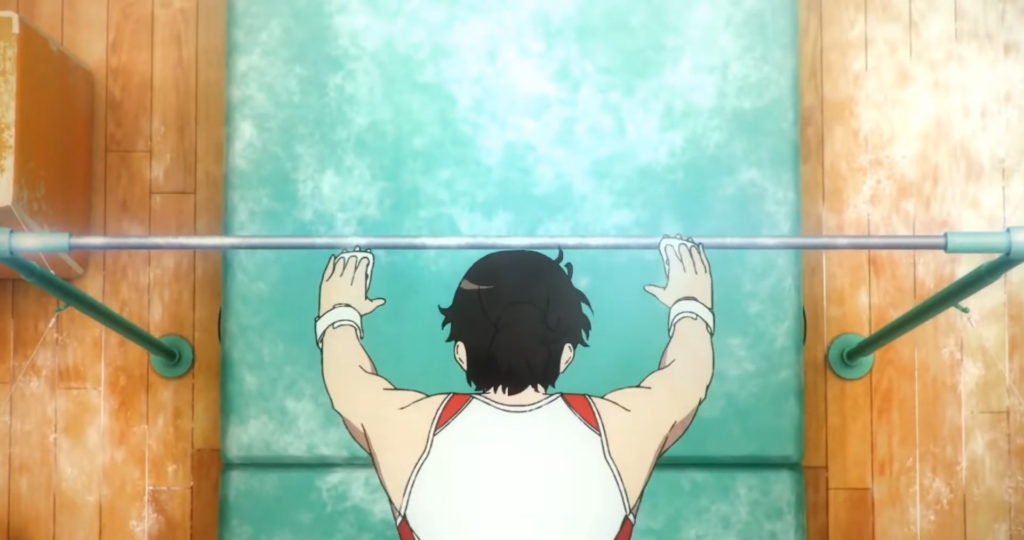 Studio MAPPA has quietly become one of the most prolific animation studios in recent memories. Always coming through with left of center shows like Banana Fish or Kids On The Slope, they’re now high enough on the totem pole to be handling the final season of Attack On Titan. Admittedly the surprise hit Yuri On Ice!! made them a house-hold name among anime-fans but they’re no one-trick pony, as they’re equally capable of doing Jump anime. Despite Jujutsu Kaisen, said Jump anime, also debuting this October Mappa has also announced their Zombie Land Saga team has an original gymnastics centric anime titled Taiso Samurai coming out the same month.

Despite not being made by the same team, Taiso Samurai feels like its aiming for the same demographic as Yuri On Ice!! A bit of a surprise, since director Hisatoshi Shimizu and character designer Kasumi Fukagawa’s cult hit zombie show was nothing of the short. However, Studio Mappa has always been known for their versatility and that adaptability extends from its creators as well as the company’s over-all ethos in wanting to produce interesting animation. The first teacher looks very promising in both its animation and tone, and we’re exciting for October 10 when it premieres!

These days when any original anime comes out its a cause of celebration, though we can’t help but notice Studio Mappa has taken on loads and loads of work as of recently. Maybe some of this stuff was already in the works Pre-COVID and they had finished a brunt of the work before an entire season’s worth of shows got delayed. Perhaps the studio’s done well enough and has been able to expand accordingly. They’re definitely one of the most competent studios who always strive to due unique work so even with the additional workload, as long as the animators as being treated and paid fairly, we don’t think there’s a too huge cause for concern.