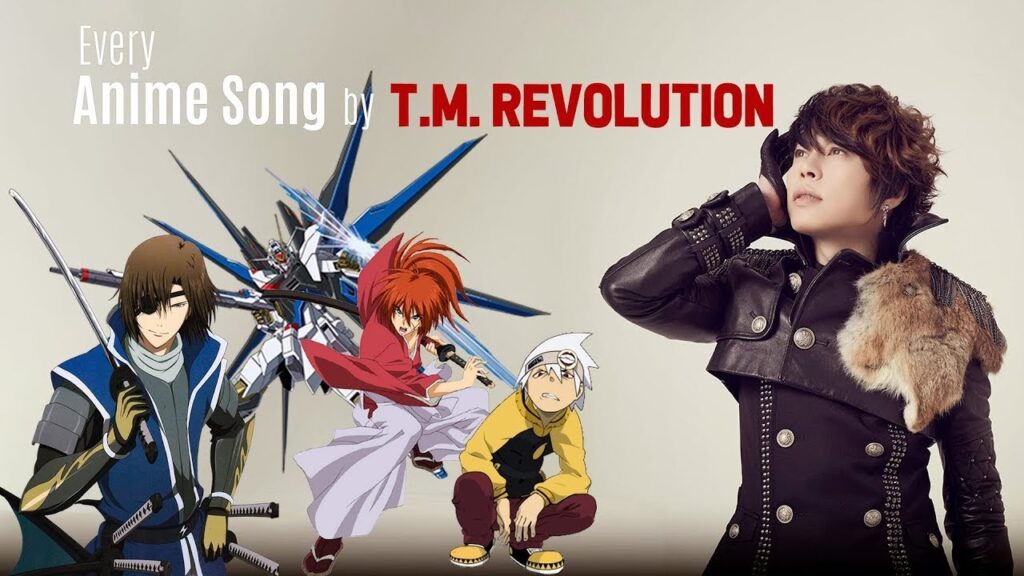 Takanori Nishikawa is a Japanese pop musician, singer, songwriter, record producer, actor, and voice artist. He was born on September 19, 1970, in Yasu Japan. He first began to be interested in music when he was in middle school.

He began performing under the pseudonym T.M. Revolution, in which he drew inspiration from the 80s pop electronic band TM Network.  His first single he released was “Dokusai~Monopolize~” with Antinos Records label in May of 1996. His claim to fame was largely due to the influence of Daisuke Asakura, but suffered a noticeable downfall with the T.M.R. Evolution and now how he just uses the moniker TNNK.

He is also known for contributing to the ending and opening themes to many notable anime and game series.

His third released single  “Heart of Sword (Yoake Mae)” was the third ending song for the Anime Rurouni Kenshin, which furthered his popularity. The song is upbeat and the listener can definitely get a feel for his 80s pop inspirations. The energy of the song perfectly showcases the battles and journeys of the Meiji Swordsman of the show. It brings a new velocity to the timeframe of 1878. It became a fan favorite that sold 360,000 copies and reached #16 on the Oricon charts.

Nishikawa produced six tracks for the anime series Mobile Suit Gundam SEED, which ran 2002 to 2003 and consisted of 50 episodes. The show takes place in a “cosmic era” where humanity is up against a strain of genetically altered humans known as “coordinators.”

He also provided the voice for the character, Miguel Aiman. He went on to contribute to 4 episodes in Mobile Suit Gundam SEED Destiny as well as in Final Plus.

He contributed music to 11 episodes for this anime series that came out in 2008-2009. The series centered around three teams at “Death Weapon Meister Academy.” Each team has a weapon meister and weapon that can transform into a humanoid.

The goal of the school’s master students is to have their weapons absorb the souls of 99 evil humans and one witch, which dramatically increases the weapon’s power. The energy of the music Nishikawa is much more upbeat with electric guitars and his commanding vocals. It gives an intense backdrop.

Nishikawa wrote the lyrics for “Kodô Ambitious” for the anime  B Project, which was a 16 episode series released in 2016. The show follows four Japanese idol groups that perform both as separate units and as a group.

In this anime series, which was released in 2019 and consists of 35 episodes that follow the saga of artificial intelligence human-like androids that have been turned against humanity and the government’s establishing an artificially intelligent military service to battle them. Nishikawa performs the theme song titled “REAL×EYEZ” which he collaborated on with J from the band Luna Sea. 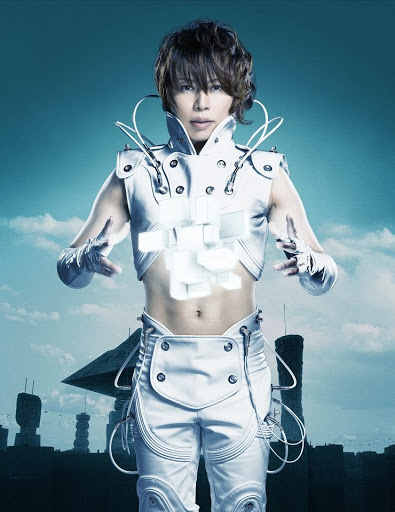 Abingdon Boys School is a Japanese rock band formed in 2005 and fronted by Japanese singer Takanori Nishikawa. He decided to start this group after he became known for his pop music from TM Revolution and wanted to return to his rock roots.

They came up with the name from his love of car’s anti-lock braking systems and the similarity to the Tokyo district Ebisu where the band would practice. As they looked for a backronym they discovered Abingdon school and the incredible connection to radiohead, whose members also turned out to all be of the same generation.

A.B.S. is also from the same generation and they fell in love with music while they were in school so it was playing into this homage and nostalgia. They intended for their music to bring their songs back to a pop and rock sensibility with incorporations of vocal riffs, guitar solos and more instrumental parts.

This album was released in March of 2002 and was the first best-of album released by T.M.Revolution. The album reached #4 on the Oricon charts and charted for 7 weeks, selling 248,770 copies, making it the #78 album of the year.

It still has the same power and acclaim from his notable music for soundtracks, but there is also a freedom to his own creative artistic sound that is present. It is a great composition of the range of his work throughout the work.

This album was released in April of 2011 with 12 tracks. It is bold and is a perfect blend of pop, techno, rock, and metal. The songs are catchy and full of emotion. He really made an unforgettable album this time around.

This is his sixth original album and was released in March 2003. The cover was a closeup of the customized orange GINN that Nishikawa’s Gundam SEED character piloted. The album reached #9 on the Oricon charts and charted for 17 weeks, selling 100,380 copies.

A grin-inducing head rush that fits neatly into the cross-genres that he plays within his sounds. There are both classic and modern elements, which makes it a timeless body of work!

Takanori Nishikawa’s passion and talent can be felt throughout the expanse of his musical career. His work within electronic computer systems to produce his eclectic and unique sounds position him as a pioneer of the revolution in the Japanese music scene to boldly begin to experiment with incorporating techno.

Since his start in the mid-90s, like a shooting star in the Japanese music scene, he has achieved 10 top hit singles. Listen to the imaginative and genre-bending brilliance of Takanori Nishikawa’s work to be transported to exciting soundscapes and emotions.