The famous theater troupe Takarazuka Revue has released a poster for its upcoming adaptation of the classic Tsukasa Hojo anime/manga series City Hunter. And it looks amazing.

If you’re unfamiliar with the group, you might think ‘all-female musical theater’ and ‘shonen private detective story’ wouldn’t go well together. But this poster suggests otherwise. 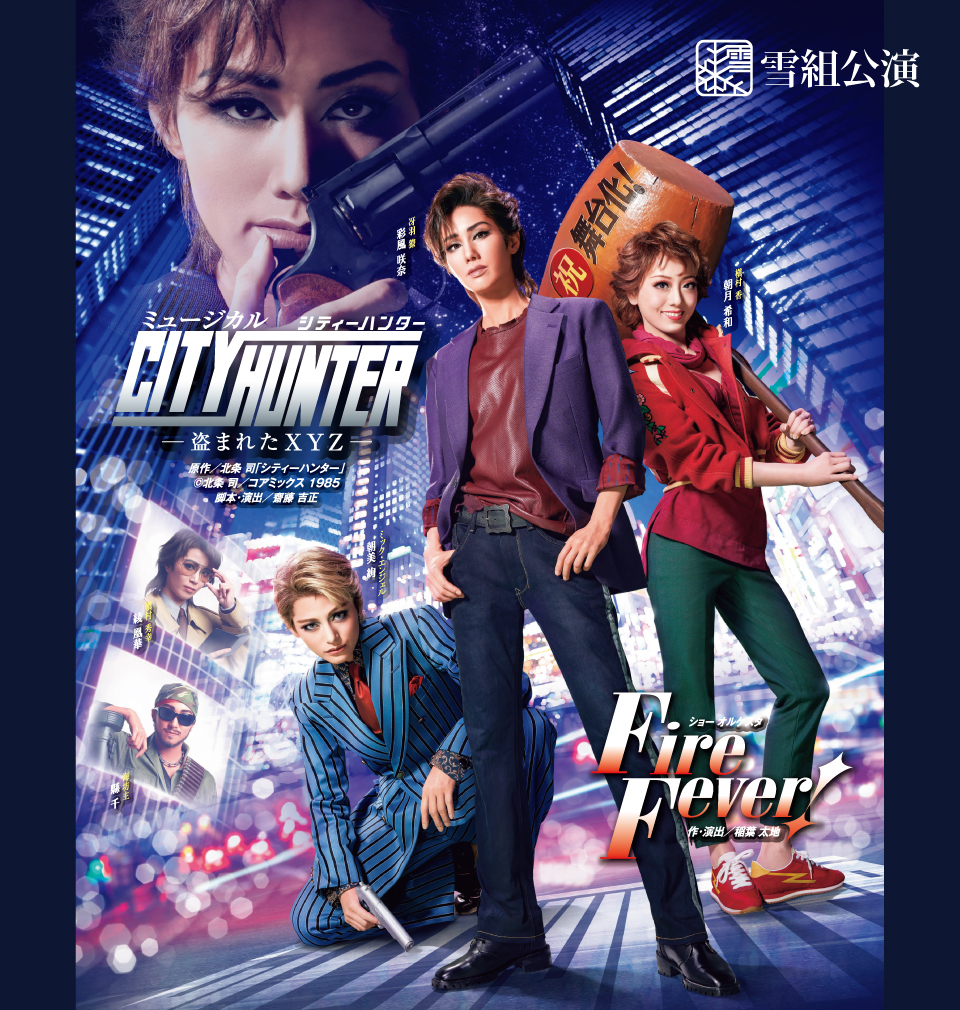 The full name of the performance will be City Hunter: Nusumareta XYZ, which translates as Stolen XYZ. (performances will be paired with Fire Fever!, an unrelated revue show.) They have announced two venues so far: 7 August to 13 September at the Takarazuka Grand Theater in Hyogo; and 2 October to 14 November at the Tokyo Takarazuka Theater.

Takarazuka is known for its grand, Broadway-style musical performances, and over the years, the troupe adapted just about everything, from Shakespeare to blockbuster Hollywood films. In the past, they have also created stage versions of classic manga series such as The Rose of Versailles and Black Jack. They have also done Rurouni Kenshin, and a couple of shows based on CAPCOM‘s Phoenix Wright.

In the City Hunter show, Sakina Ayakaze will play the crime-fighting private eye Ryo Saeba. Kiwa Asazuki will play Kaori Makimura (she’s the one with the cartoon mallet). Jun Asami will be Mick Angel, Oka Aya will be Hideyuki Makimura (Kaori’s brother), and Sen Agata will play Umibouzu.