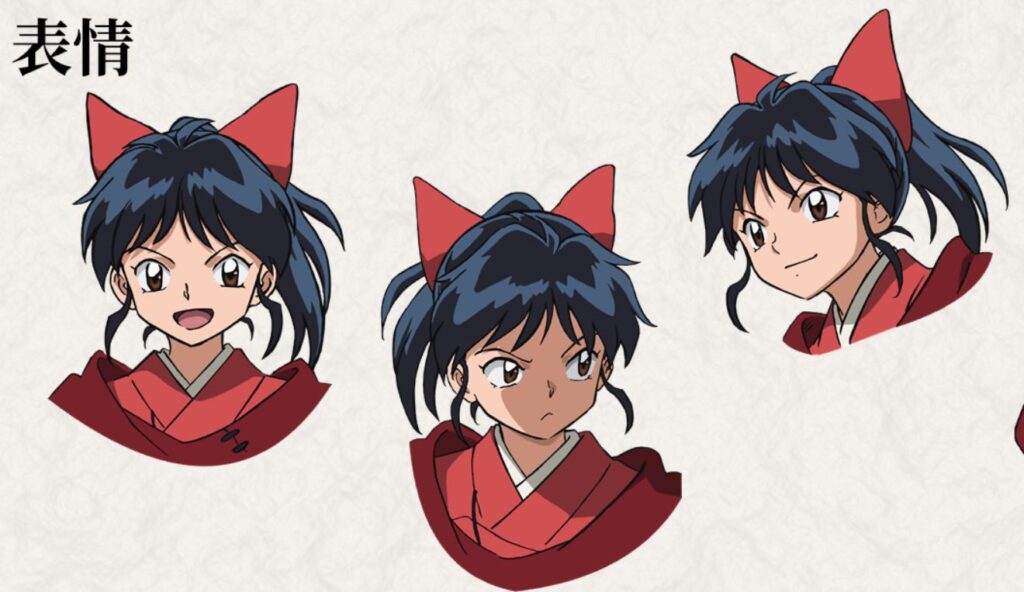 Chuck this one on the list of articles we never thought we would Publish. Just as the idea of Boruto seeming so out of nowhere, we’re now getting the same from, as Viz Media puts out, the ‘Inuyasha Universe’. You’ve probably heard but this fall comes Yashahime: Half Demon Princess which is set to star the halfling litter of the Inuyasha family. Actually, the main characters are supposedly going to be Sesshomaru’s daughters with Inuyasha and Kagome’s playing a more companion oriented role. Regardless of though, Inuyasha’s daughter Moroha is the first of the new generation to be previewed in depth. 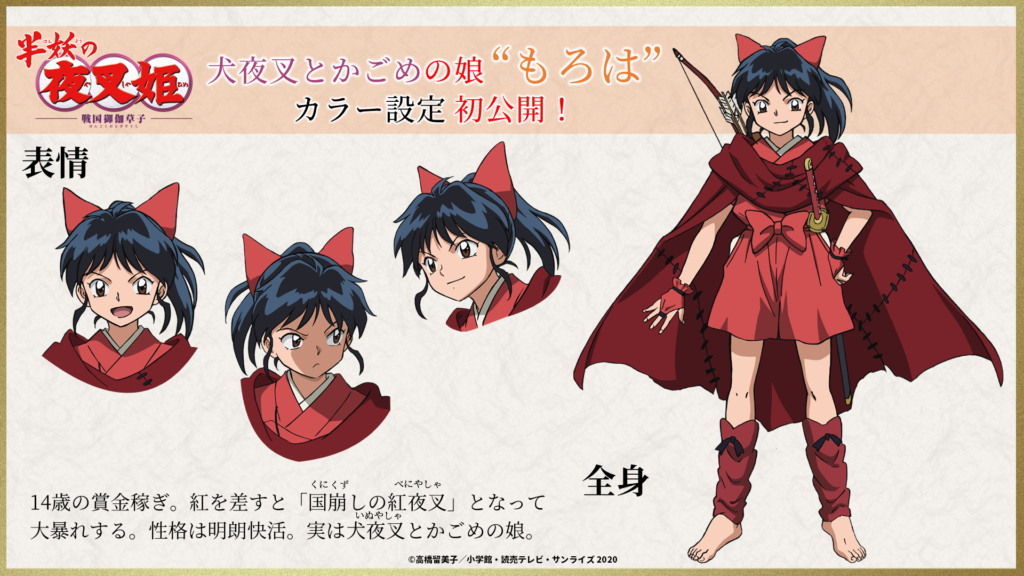 At first glance, Moroha shares a lot of visuals traits with her half dog demon father. We’ve got the classic red clothing, the lack of shoes, and a wild and angeled mop of hair on her head. You can definitely see her mother’s smirk though. Coming from the feudal era, she’s equipped for forest combat with a bow and arrow while keeping a trusty sword at her side for closer encounters. Whether she stays a secondary character or shares the same amount of screen-time with her cousins from Sesshomaru is yet to be seen but all in all, at least the design is a perfect fit.

There’s some potential for Moroha and Yashahime.  Boruto has come a long way and built its own audience, even if it doesn’t quite beat the original, and there’s no reason that this Inuyasha sequel can’t do the same. We hope despite the lack of an original manga that Rumiko Takahashi’s classic charm makes its way into this new series. A demon adventure period price in feudal Japan worked the first time around and with the first design looking good, we admit there’s some potential.

You can meet Moroha this fall in Yashahime: Princes Half Demon coming this fall.