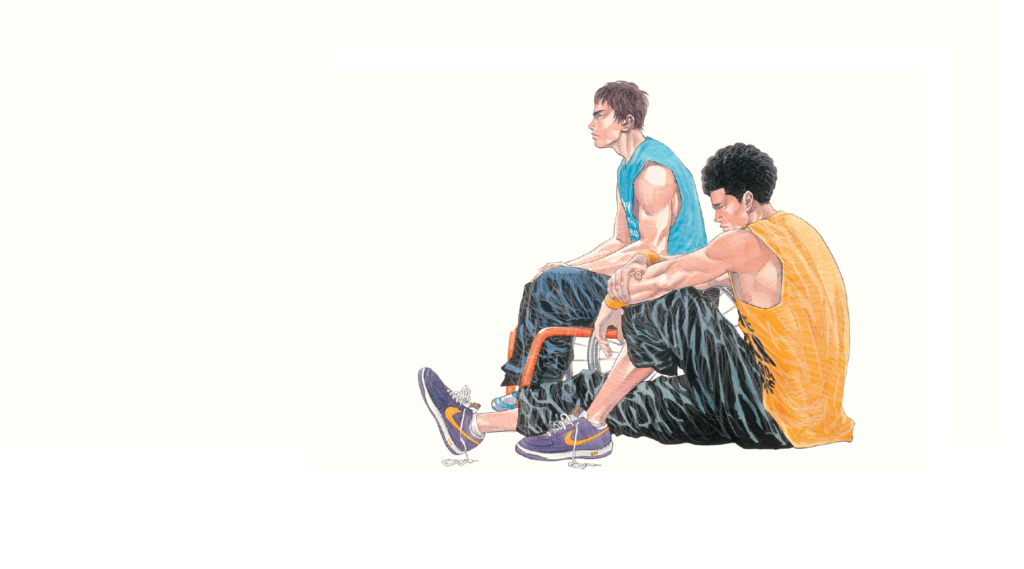 After finding extreme success in Japan with the renowned comic Slam Dunk, superstar manga creator Takehiko Inoue launched two manga in the late 90s that still haven’t finished till this day. One is pretty well known among dedicated manga readers in Western countries; the incredible and loosely-biographical epic about the legendary samurai Miyamoto Musashi Vagabond, which had its latest volume release in 2014. The other manga he launched, which also last released a completed volume around 2014, is Real; a series centered around wheelchair basketball. Next week, Inoue will finally resume Real in Weekly Young Jump magazine. Here’s hoping it sticks. 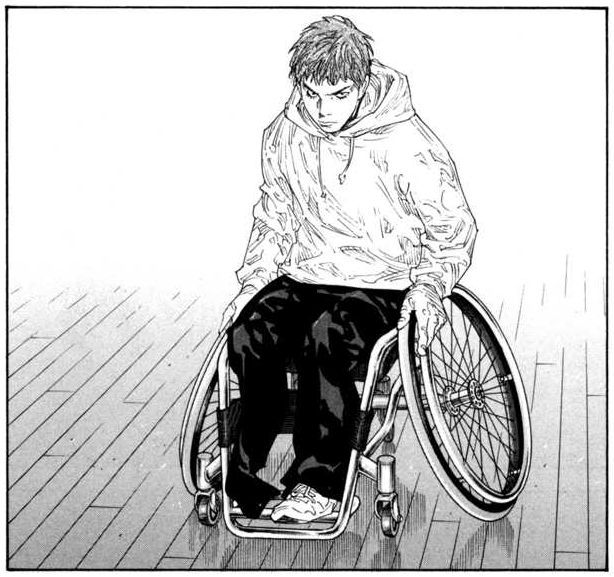 Saying Real is about wheelchair basketball is a bit of an oversimplification. The series features a whole lot of the sport and what goes into playing it, but it’s not a sports manga in the way Haikyuu! or Slam Dunk is. Instead, it delves much more into the personal lives and struggles of its main characters. Pictured above is Kiyoharu, a former track star who, due to a rare condition, had to have his leg amputated. Once finding out about wheel chair basketball, he delves his life into it. One character becomes paralyzed mid-way through the manga and his physical rehabilitation journey becomes a key factor. Another isn’t injured, but got into a motorcycle accident where his partner seriously was. Real is a moving exploration of what happens to people and how they can begin to recover physically and emotionally when the worst happens.

It’s not a secret that in the United States, Real’s sales have always been so low that I doubt Viz would continue to release if they weren’t contractually obligated. Even Slam Dunk, which has sold over 100 million copies in Asia, struggles to find its footing in the West. I’m hoping that with Real’s return, maybe more people will be excited to give it another chance. Coincidentally, it’s a series I reread earlier this year and found myself more impressed by it than ever. Don’t miss out on one of the medium’s most unique titles.

Takehiko Inoue is resuming Real in the August 29 edition of Weekly Young Jump.