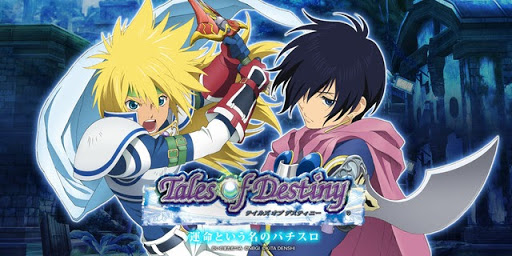 Anyone who knows the Tales series knows Tales of Destiny. Not only is it well reviewed, and formative to the franchise as the second main title in it, it’s also the highest selling Tales game of all time in Japan and has earned multiple remakes and even a sequel.

The North American market does not seem to have commercially appreciated Tales of Destiny as much as Japan, though, which is a shame considering how great it is. So if you’re considering getting into this classic RPG, here’s a basic overview to get you really excited.

Thousands of years before the start of Tales of Destiny, a comet crashed into the world. That event sent heavy dust clouds up into the sky, blocking out the sun. But the world’s inhabitants, called the Aethers, discovered a new form of energy in the meteorite’s core that they called Lens.

Eventually, Lens would allow the Aethers to create whole cities in the sky. But only a few Aethers were chosen to live in them, leaving the rest to the bleak surface below. The ones who were forced to stay were called Erthers.

The people in the sky came to be known as Aetherians in their Aeropolis cities. They also created a weapon of mass destruction called the Belcrant that shot down anyone who stood up against them. This led to war between the Aetherians and the Erthers, which came to be called the Aeth’er Wars.

There were a few Aetherian scientists, however, who hated their civilization’s behavior. They went down to the surface of the planet, and, along with the people there, created new special swords that were sentient called Swordians. The Swordians chose their own masters and could use the forces of nature at any time.

With this new edge (so to speak) the Erthers finally had an advantage of the Aetherians. They sent scores of the Aeropolis cities to the bottom of the ocean, and finally won the long wars.

In the “present day” of Tales of Destiny, this history has largely been forgotten. The Swordians have fallen into a coma and only awaken when there is a serious threat.

Stahn Aileron, a young man from the country who is out looking for fame and fortune, sneaks onto the Draconis, a flying ship, as a stowaway, but is quickly discovered by the crew. They force him to work as a deckhand to pay for his passage.

The ship, however, is attacked by a large hostile force, and the crew is overwhelmed. Stahn takes his chance to free himself and escape. Needing a way to fend off the attackers, however, Stahn looks for a weapon and finds a junk sword in a storeroom.

The weapon, however, isn’t a junk sword after all – it’s the Swordian Dymlos, and he wakes up and starts talking to Stahn. Together, Stahn uses Dymlos to fight his way to an escape pod and get off the crashing ship.

Dymlos turns out to be the key to all of the fame and fortune Stahn was hoping for. They meet the other Swordians, and begin adventures together. But they also soon find themselves in the center of a fight for an ancient relic from the Aeth’er Wars, a Lens called the Eye of Atamoni that is significantly bigger than them. 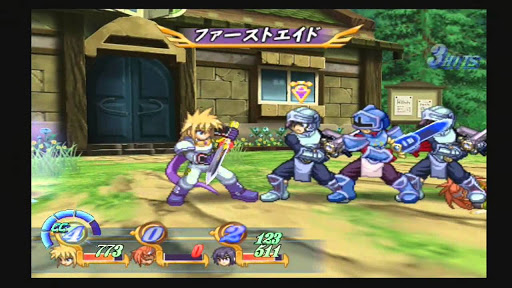 Tales of Destiny on the PS1, PS2, and Director’s Cut

Originally, Tales of Destiny was released in 1997 for the first PlayStation. However, in 2006, Namco Bandai Games announced that they would be remaking the game for the PlayStation 2, and it came out in November of that year.

The next year, in 2007, it was announced that yet another version of the game would be released called Tales of Destiny Director’s Cut, and that was released in 2008.

It was designed to be compatible with the first PS2 version’s save data, and includes new story events, new battle difficulty settings, a mode where you can experience story events from Leon’s point of view, and it makes Lillith a playable character.

Although the versions of events in the PlayStation 2 remakes are considered to be “canon” in the series, neither Tales of Destiny for the PS2 nor Tales of Destiny Director’s Cut were ever released outside of Japan.

The game takes place eighteen years after the events of Tales of Destiny and follows Stahn’s son on his own adventure.

Unfortunately, this game was only ever released in Asia. It is often confused with Tales of Eternia. Even though they’re totally different games, Tales of Eternia was released as Tales of Destiny 2 in North America.

Not only has Tales of Destiny sold over a million copies worldwide, but doing so well as the successor to Tales of Phantasia, it proved that the creative team really had something special with the Tales franchise. And they were right! Tales of Destiny is a truly great RPG, it still holds up after over twenty years, and it’s one that any fan or newcomer can always enjoy.