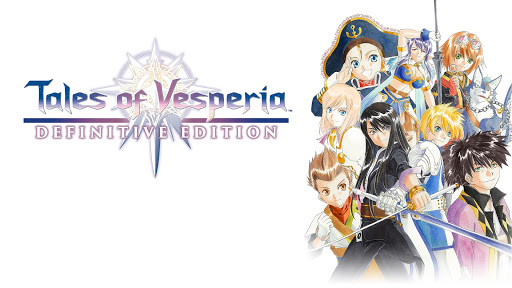 In gaming years, Tales of Vesperia may not be old, but it’s not exactly new, either. Despite having come out over ten years ago, though, on the PlayStation 3, it’s still a classic, and one of the best reviewed entries into the Tales series! (Not to mention the fact that it was deeply commercially successful.)

But now a whole new demographic of younger gaming fans are being introduced to Tales of Vesperia through Tales of Vesperia: Definitive Edition, and like anything else in Tales, there’s a lot to know about it. So here is a thorough re-introduction to the most important aspects of Tales of Vesperia so you can go into the game like a pro!

In a land called Terca Lumireis, the primary energy source comes from “blastia,” which are powered by a mysterious substance called “aer.” Blastia were created by the Krytia from the remains of a powerful race called the Entelexeia, and they are used to power and protect cities.

In ancient times, the Krytia misused the blastia, causing them to generate an excess of aer. The Entelexia tried to absorb it, but a few of them took in too much and they transformed into a monster known as the Adephagos which would consume every living thing in the world.

A select few humans who could convert aer into magical energy, known as the Children of the Full Moon, sacrificed themselves to seal away the Adephagos.

The remaining Children of the Full Moon and the Entelexia then agreed to a new arrangement of the world. A new, unnamed Empire would rule over most of Terca Lumireis, and the Children’s descendants would rule it.

That was fine until ten years before the start of Tales of Vesperia, when a new form of blastia was developed. It threatened Terca Lumireis’s ecosystem, and could even release the Adephagos.

The Entelexia tried to warn humanity, but humans didn’t want to listen. This led the Entelexia to attempt to just destroy the new blastia, but that led to the Great War in which they were heavily defeated. Many Entelexia were killed just for potentially being a threat afterwards.

At the start of Tales of Vesperia, the main character, Yuri Lowell, a former Imperial Knight, is on a mission to retrieve a stolen blastia. He goes to do it with a noble woman named Estelle, and on their way they also meet Karol, Rita, Raven, Judith, and (only on the PS3 version) Patty Fleur.

Together, they manage to collect the blastia, and return it to Yuri’s friend and current Imperial Knight, Flynn. Yuri and Karol decide to form Brave Vesperia, an independent guild.

Shortly after this, though, Estelle is attacked by an Entelexia named Phaeroh who insists that she is poisoning the planet. Brave Vesperia investigates and finds out that Estelle is a Child of the Full Moon, and her actions are causing the sources of aer to overproduce with some horrific results.

At the same time, Yuri finds out that there are some powerful figures involved in blastia abuse, and Imperial authorities are powerless to stop them.

Together, the members of Brave Vesperia have to erase the corruption from their government and find a new source of energy for the entire world. And that won’t be easy when there are some in the government who want to rebuild everything and are willing to potentially release the Adephagos to do it. 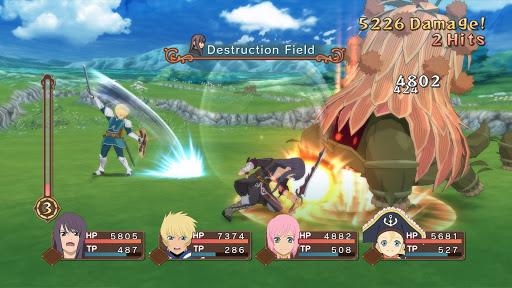 The original release was in 2008 for the Xbox 360. A little bit more than a year later, Tales of Vesperia received a port for the PS3, which included new characters, made Flynn a permanently playable character, added a whole new playable character in Patty Fleur, and has full voice acting, with nearly twice as much voice over work as the original.

The PS3 port was only ever released in Japan, though, due to a combination of strain on the development team and poor marketing feedback in Western territories.

Troy Baker, Yuri’s English voice actor, had told journalists that he was recording voice over for the PS3 port. Whether that was accurate or not, it may have had something to do with why he didn’t return to voice Yuri in the Definitive Edition.

Tales of Vesperia: Definitive Edition is the most recent re-release of the game. It came out in 2019 for all of the modern major consoles. It includes all of the PS3-exclusive content from the Japanese release, along with updated graphics, and full voice tracks in both English and Japanese.

The Xbox? The PlayStation? The Switch? How Can I Experience Tales of Vesperia?

The original Tales of Vesperia was made for the Xbox 360.

The PS3 port is, obviously, only available on the PlayStation 3.

Tales of Vesperia: Definitive Edition is much broader. It’s available to play on the Nintendo Switch, Xbox One, PlayStation 4, and Microsoft Windows via Steam.

One of the cool things that Tales of Vesperia offers is the secret missions that are available to complete in some of the boss battles! There are twenty-five of them in total in the Definitive Edition, and while they’re not strictly necessary to complete, they can fill up your trophy list easily.

Also, if you complete all of them in one playthrough, then Yuri will earn the “True Knight” costume title!

Part of the fun of video games is often figuring things like this out for yourself. But if you like to have as much information ahead of time as possible to have a near perfect run of the game, there are sources available online that can tell you how to find and beat all of them.

Similar to real life, cooking is an important part of all of the Tales games, and Tales of Vesperia is no exception. There are tons of recipes to be learned and mastered, and even a few side-quests that can be played to learn them.

Unlike real life cooking, though, there are real in-game advantages to being able to cook different meals. The food you make can restore your HP and TP, cure status ailments, increase stats, and a whole lot more. A little bit more useful than even the best home-cooked meals in the real world!

As in the previous section, if you prefer to focus on story rather than experimenting with finding new recipes, there are guides online that can tell you how to find them.

Gaming fans still delight in Tales of Vesperia to this day, and no wonder – it’s a true RPG classic! And as a new generation is introduced to it through the release of Tales of Vesperia: Definitive Edition, it feels certain that they’ll love it just as much as ever. After all, what’s not to love?