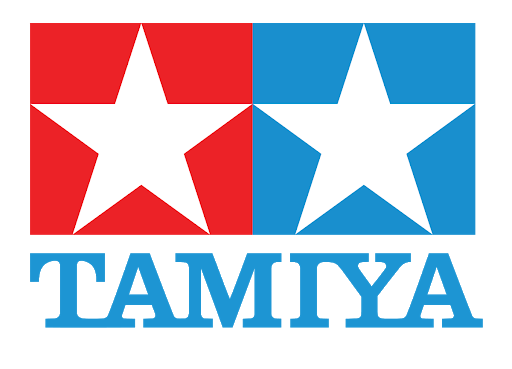 It’s impossible to be into scale models and not be into Tamiya. They have a reputation for accuracy, precision, ease of instruction, and quality known around the world. And their paints and modeling tools can be found at any hobby shop anywhere.

The company itself has a far more interesting story, and a far deeper impact, then you might expect. But for a company that has been around for over eighty years, it’s not very well known! So let’s explore the background of this model giant, and how they changed the toy world forever.

Tamiya was originally founded in 1946 as an architectural lumber company and sawmill called Tamiya Shoji & Co. Obviously, considering their business, wood was extremely easy to come by, and in 1947 they started using some of their excess wood to create wooden models of ships and planes. It would one day become the foundation of the entire company.

Those models did so well that in 1953 they decided to stop the sale of lumber altogether and only focus on model making and selling. In 1959, to keep up with imported foreign model makers who were working in plastic, they decided to follow suit.

Their first plastic model was of the battleship Yamato, debuting in 1960. They ran into issues, though, when their competitors priced their models of the Yamato at 350 yen. Tamiya would lose money on the product if they did that, which forced them back to wooden models for a bit, even though the tide of the industry was clearly turning.

Soon afterwards, Tamiya released a race car mini kit in order to finance the production of their next plastic model. The mini kit became a huge hit, and it was a huge boon to the company financially.

In 1961, they released their second plastic model, the Panther tank. It’s linear form made the molds easy to produce. It was motorized and moved well, but the thing that gave the model, and eventually the company, an excellent reputation is the simplicity and clarity of the instruction manual, making the models easy to assemble.

Another cool thing is that the Panther tank model was on a 1:35 scale, which would later become the industry standard for military subjects.

Tamiya had been having issues with their metal molds, including delays and fluctuations in pricing, so in 1964, they created their in-house mold and die department. It’s this department’s work that allows for Tamiya’s trademark accuracy and detail in all of their plastic model kits and other products.

In 1968, Tamiya exhibited their 1:12 Honda F-1 model at the Nuremberg Toy Fair in Germany, making them the first Japanese manufacturer to exhibit there. In the same year, they also debuted their 1:35 German Tank Soldier Set, which was the first in their Military Miniature Series.

In 1976, the 1:12 Porsche 934 Turbo RSR was released. Tamiya had actually bought a Porsche 911, dismantled it, and then rebuilt it in order to truly understand its intricacies. And although sales of the plastic model weren’t huge, the radio controlled (RC) version was a great success.

Later, in 2006, to celebrate 30 years of making RC cars, the Porsche 934 Turbo RSR would be the product chosen to commemorate the line.

In 1977, the name of the company was changed from the original Tamiya Shoji & Co. to Tamiya Plastic Model Co. In 1984, it was changed again to the modern Tamiya, Inc.

1986 saw the first production of the Racer Mini 4WD series with the Hotshot Jr. It was so popular that by 1987 they had a total production quantity exceeding 10 million units.

They knew it was time to expand, so in 1989 Tamiya America, Inc was started in Los Angeles, CA and Tamiya Europe began in Germany. In 1995, Tamiya Philippines was also established and began production.

Today, Tamiya is still a leader in model making around the world, and they’re as famous as ever for detail, accuracy, and living up to their motto, ‘first in quality around the world.’ 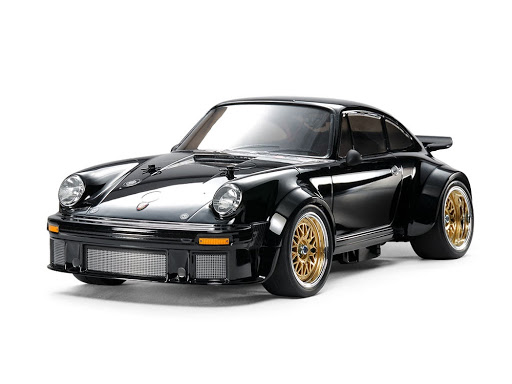 Tamiya and the RC Car

One of Tamiya’s most successful types of products, one in which they’ve had an undeniable impact on the model industry, is in RC cars. (RC standing for radio controlled or remote controlled.)

Their first one, as mentioned above, was the Porsche 934 Turbo RSR. While this one made a huge splash, where Tamiya really shined is when they developed RC off-road buggies with real suspension systems.

The Sand Scorcher and the Rough Rider, both released in 1979, were their first true off-road RC vehicles, both based on realistic dune buggy designs. The thing that made them so special is that they could be driven anywhere – RC cars were no longer limited to just smooth, boring surfaces.

From that point, Tamiya began to produce off-road RC cars more and more, with not just working suspensions but also increasingly powerful motors and textured rubber tires for off roading. They had various dune buggy bodies, but also produced trucks, like the Toyota HiLux Pickup with three-speed gearboxes.

Because all of these models were durable, easy to assemble and repair, and capable of being modified, they became popular enough to credit Tamiya with the boom in RC cars in the early/mid 1980s, and laid the groundwork for modern RC car models, too.

They’re still popular enough today that Tamiya re-released a few of the early kits from 2005 to 2007. And if you’re lucky enough to have vintage kits of the earliest RC models, especially mint, unboxed ones, you can get up to $3,000 at auction.

In addition to being renowned for their precise, accurate models, Tamiya is also well known for their modeling tools, including paints and finishing goods. Tamiya paints can be found at hobby stores around the world, and are regularly recommended for both beginners and experts.

Model kits typically come in five difficulty levels, and any kit above level one requires additional purchases of paint and glue, at a minimum, to complete them. (Level one kits are the simplest, featuring models that only have to be snapped together.)

Considering that, it makes sense that a model kit maker would want to offer their own products for every other part of the model making process. However, Tamiya’s paints are special because they are also often bought and sold to all levels of hobbyists for use on non-Tamiya models.

Regardless of what area of the model industry they’re producing for, they still clearly care quite a lot about quality, as in their motto mentioned above.

Tamiya America, Inc, or Tamiya USA, was first established in 1989 in Los Angeles, California. It has since relocated to Aliso Viejo, CA, and then Irvine, CA, where it has stayed ever since 2007.

Not only does Tamiya USA deal with all customer service, marketing, and sales functions for the North American market, but they also have programs to support customers and dealers, like trade shows and public events.

Perfectly in keeping with the traditional American spirit, Tamiya USA also has a model car raceway. That allows them to offer RC car racing activities and Tamiya Mini 4WD Challenge races as well.

Who would have thought that little models could make such a big impact? From a simple post-WWII sawmill in Japan to one of the biggest names in toys, Tamiya has become something incredible. And it can all be attributed to their guiding principle then and now, their motto to be ‘first in quality around the world.’