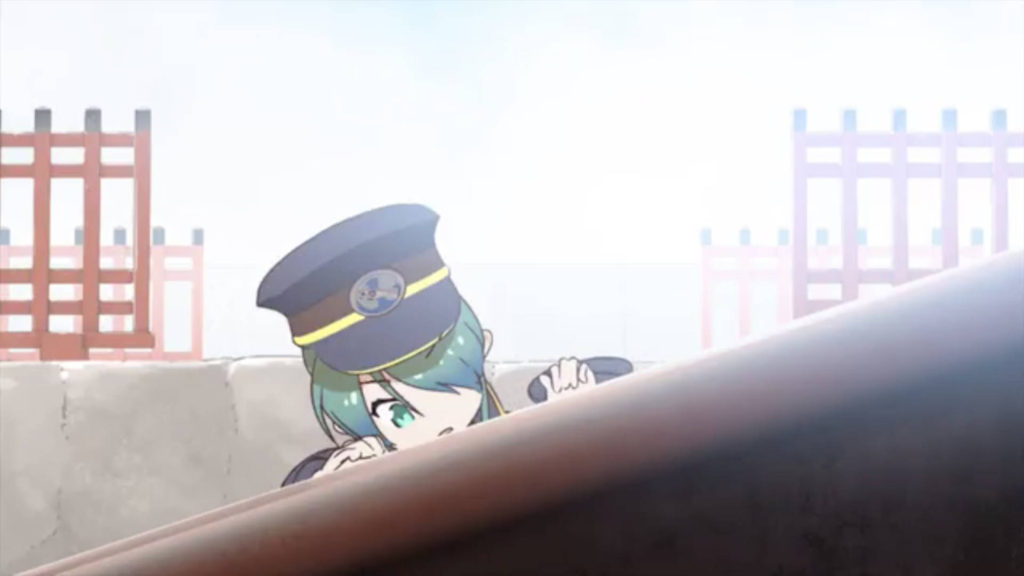 Surprise cult-hit of the Winter 2017 anime season Kemono Friends absolutely blindsided everyone with its undeniable charm and knack for some pretty compelling storytelling. In much the same way that anime snuck up on us, so too has the following short from series director “TATSUKI.” First, check out the video in full from his Tweet below.

Though it appears to be set in a different world entirely, some parallels to Kemono Friends can certainly be gleaned. Where exactly is this mysterious world? It seems to contain traces of widespread human civilization, but the girl in the short seems strikingly alone. She has a non-human companion in the form of a wispy manta ray floating midair, and though we can’t understand what it’s saying, the girl certainly appears to be able to.

Just what are they waiting for? What exactly did she grab near the end of the video? Where does that gigantic torii gate lead, if anywhere? TATSUKI, we may need a full 12 episode production stat! In any case, it certainly is a whimsical and relaxing ride, which may just be the director’s only real motive. His Tweet quite simply reads “Since it’s Summer, I’ve made a relaxing anime.”

Be sure to give Tatsuki a follow on Twitter, and who knows, maybe you’ll get another pleasant surprise like this popping up on your timeline again soon!